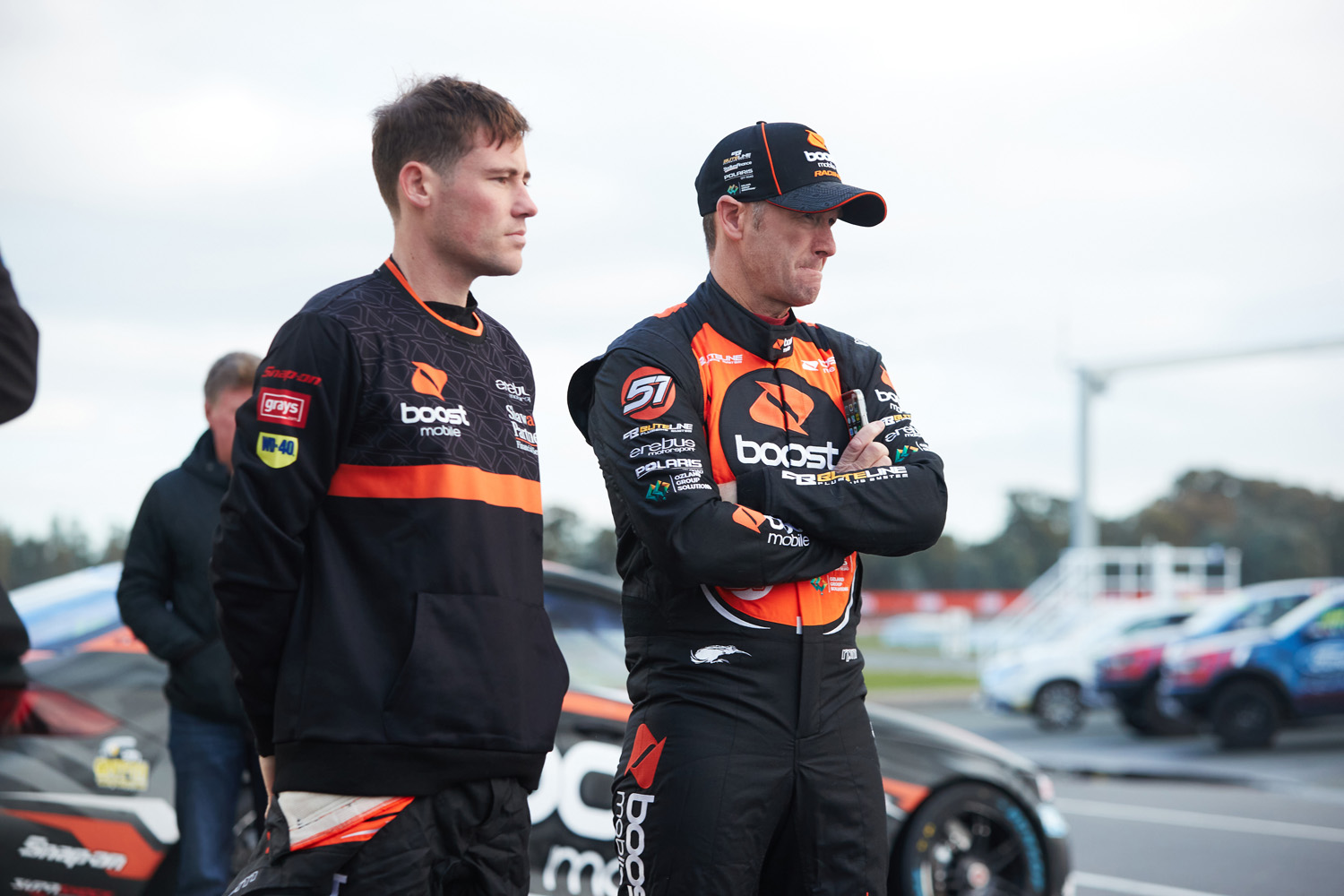 As the COVID-19 pandemic reared its ugly head again, preparations were stifled by travel restrictions between Australia and New Zealand.

Although Boost Mobile owner Peter Adderton and Erebus Motorsport tried to keep the effort alive until the bitter end, those restrictions would ultimately put paid to their programme.

“Since we came and did the announcement, that was it. Nothing more happened, it was just all talk talk talk and lots of schedule changes, which effectively led to nothing.

“It was actually really hard because there was that pressure to get to the events because we had announced it.

“It became quite stressful with just all the changes and the unknowns with the restrictions around travel.

“It was a relief when finally the plug got pulled.”

Now, a full year on from the initial announcement, Murphy and Stanaway have finally had their first test in preparation for a revived effort.

It provided Murphy not only the chance to familiarise himself with the #51 Holden ZB Commodore he’ll race, but validate in his own mind that the wildcard is going ahead.

“To now actually have a proper stake in the sand with having a drive of the car, it’s now a reality and the process is properly underway – so that feels good,” said Murphy.

“I think I really did need to get in the car to actually push the button on this, that it was actually going to happen.

“Up until that point, it all still seemed a little bit like last year. So that’s happened. It was good and I actually really enjoyed driving the car.”

Murphy last drove a contemporary Supercar in 2019 at The Bend Motorsport Park as part of his former television commitments with the category.

However, his last competitive run came back in 2014, driving for the then-known Holden Racing Team (now Walkinshaw Andretti United) in the Gold Coast 600 alongside James Courtney.

Supercars has come some way since then, the ZB more aero reliant than its VF predecessor – something Murphy noted he’ll need to get used to.

“It’s a very different machine to what my body and mind is still sort of locked in with, how hard you drive the cars, and how you generate the pace is just really, really quite different,” Murphy explained.

“I don’t have an expectation that I’m going to be able to extract the same kind of speed out of one of these cars as what Richie or anywhere near what full-time guys do this, I don’t think that’s going to happen.

“You sort of want to keep improving through the process. It’s not like I’m disappointed or anything, I’m okay with where I was because I was very consistent at the pace that I was doing.

“I know where I need to try and make changes to find some pace. First time focused in that kind of environment, rather than doing half-hour sessions as a co-driver in other people’s cars on a Friday, it was a very different scenario.

“The car’s not alien in any way. It just does everything really well and nothing’s difficult. It feels really planted and stable.

Murphy and Stanaway will have two more test days prior to this year’s Repco Bathurst 1000 on October 6-9.