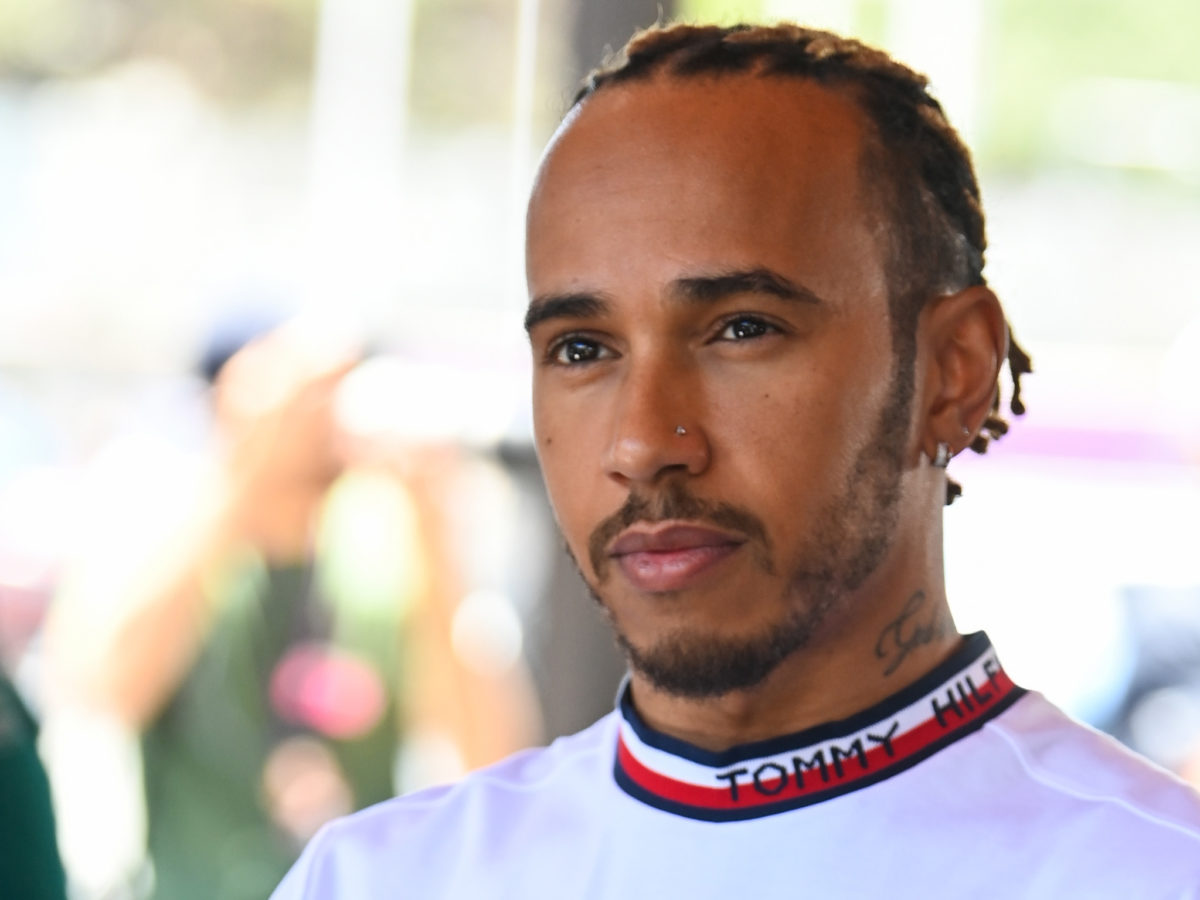 Lewis Hamilton has revealed he’s working on a new film to star Brad Pitt based on Formula 1.

The seven-time world champion has been broadening his interests in recent years and has previously announced plans for a documentary on his career with Apple TV+.

“I can’t say too much about it, because It’s not even – I don’t know if it’s been properly announced yet,” said Hamilton of the new project with Pitt.

“But it’s something we’re working on in the background and super exciting project.

“Long time in the waiting and I can’t really say much more, I guess.”

It’s believed the film will be fictitious rather than based on a real story, with Hamilton himself involved in developing the script alongside being a producer.

There are no plans for the 37-year-old to appear in the movie.

“Can’t give you that information just yet,” he said when pressed on when filming would begin.

“But it’s a really cool project and we’re already working on the script.

“I’m very much involved in the script, which is fun, and spending good time with Brad, which is pretty epic and seeing his progress.

“I guess really for my responsibility, in something I take on, is just making sure that the cast and the crew in the background is diverse, it’s something I really highlighted at the beginning.”

The seven-time world champion is keen to ensure the sport is well represented, and not turned into a parody as has been the case in other films.

“It’s really about showing how great this sport really is to people that maybe have never watched it,” Hamilton reasoned.

“But also making sure that we really keep the real heritage and the true racing spirit within the movie, and within the scripts, so that’s kind of part of my role.”

Pitt is no stranger to motorsport, having attended a number of grands prix over the years and waved the flag to commence the 24 Hours of Le Mans in 2016.

The Hamilton-Pitt project is being written by Ehren Kruger and will be directed by Joseph Kosinski, the pair having collaborated on Top Gun: Maverick.

For a time, Kosinski and Pitt worked together on the project that eventually became Ford v Ferrari, starring Matt Damon and Christian Bale.

Ron Howard’s Rush was the last feature film made about Formula 1, detailing the battle for the 1976 world championship between James Hunt and Niki Lauda.

Prior to that, the 1966 film Grand Prix won three Oscars for sound and editing.

Directed by John Frankenheimer and starring James Garner, the film followed a fictional set of characters through the season, with staged shots edited together with racing footage.

Steve McQueen had been set to star in a rival production that began filming at the same time as Frankenheimer’s classic but was ultimately abandoned.