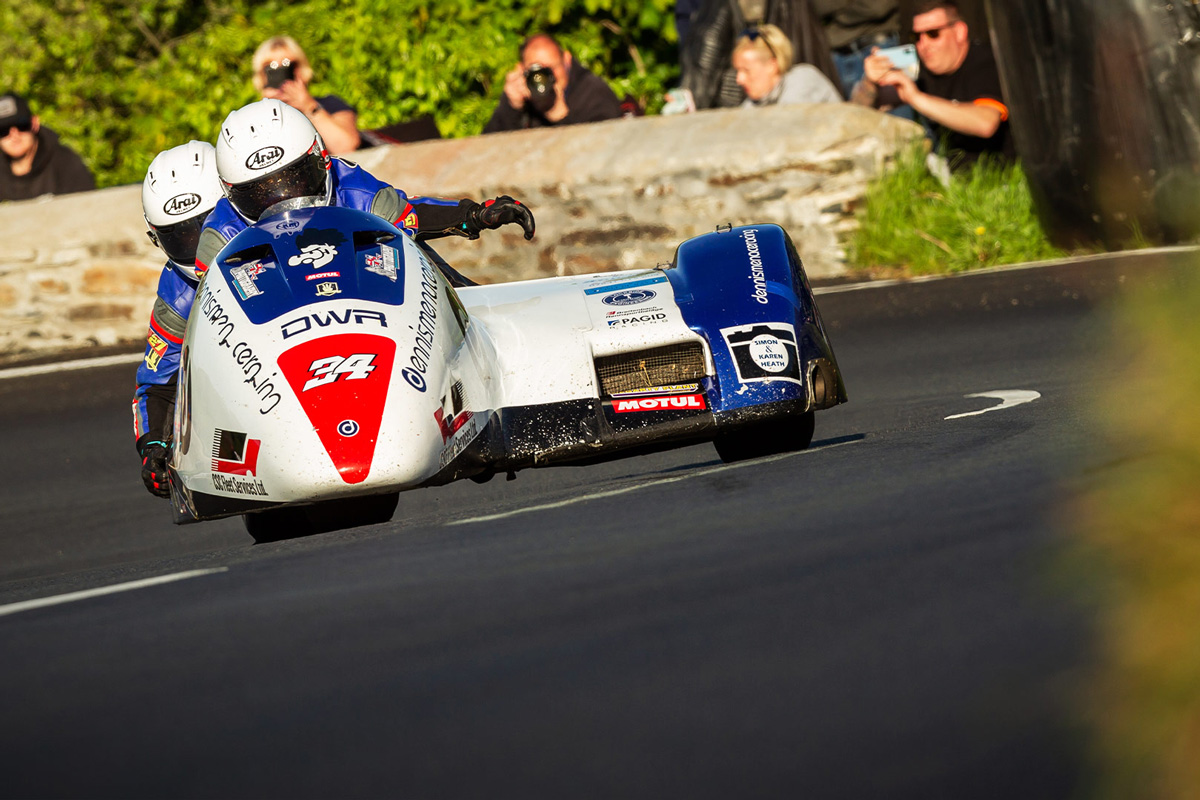 The death toll at the 2022 Isle of Man TT has risen to five after Roger and Bradley Stockton were killed in a Sidecar crash.

The incident occurred at the Ago’s Leap section on Friday (local time), taking the lives of both veteran driven Roger, 56, and his 21-year-old son and passenger.

It’s the fourth fatal accident at the 2022 edition, Mark Purslow, Davy Morgan, and Cesar Chanal all having died in separate incidents.

A statement from Isle of Man TT organisers confirmed the latest tragic news.

“The incident occurred at Ago’s Leap, just under one mile into the lap.

“Roger and Bradley were father and son, and driver and passenger respectively.

“Bradley was a newcomer to the TT and finished his first TT race on Monday, securing an impressive eighth-place finish alongside his father.

“2022 was their fifth season racing together, and Roger and Bradley were regular podium finishers and frontrunners in the British F2 Sidecar Cup Championship, finishing second in the championship in 2021.

“The Isle of Man TT Races pass on their deepest sympathy to Roger and Bradley’s families, loved ones, and friends.”

Speedcafe.com extends its condolences to the family and friends of Roger and Bradley.