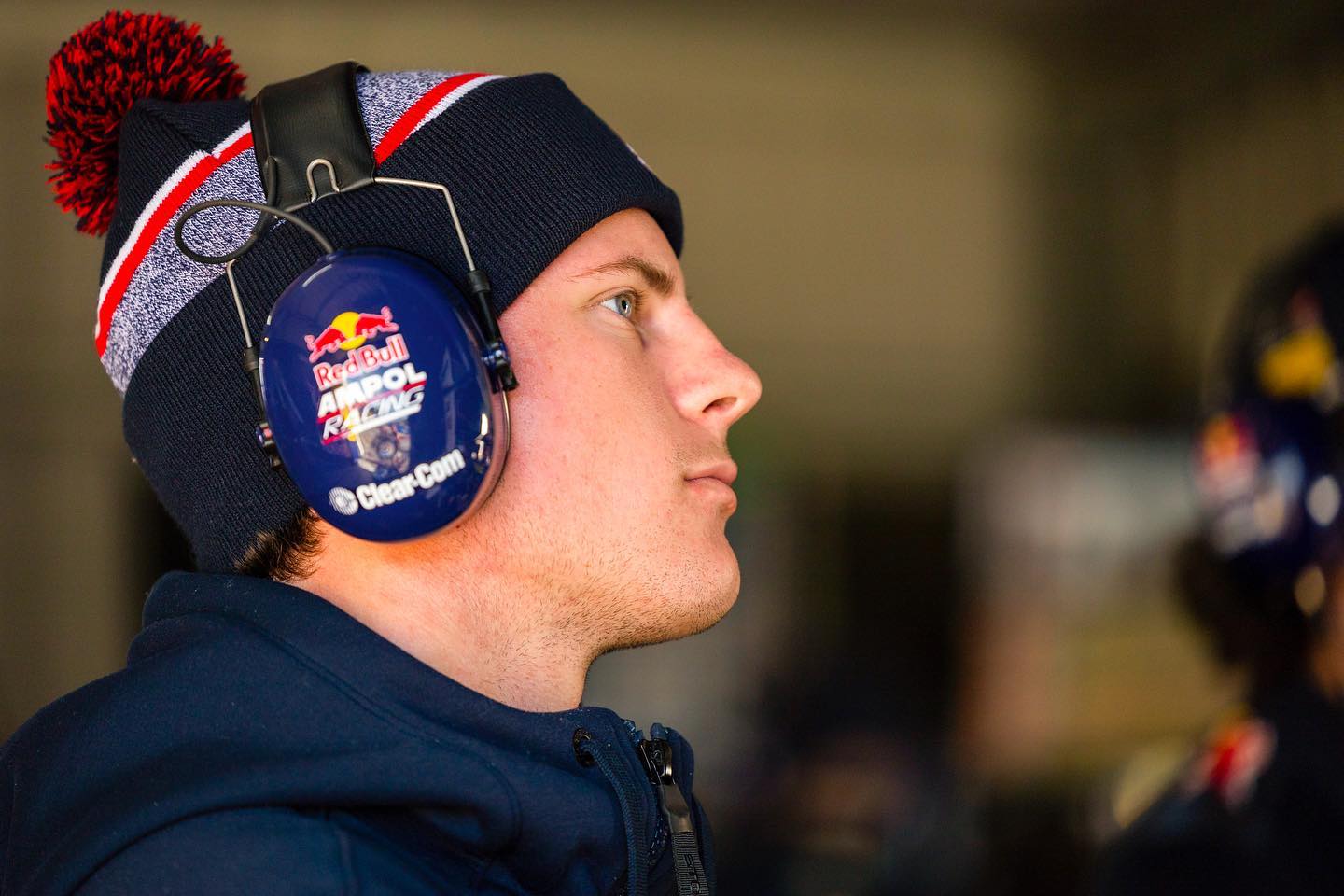 At every round of the Repco Supercars Championship this year there’s been a constant fixture in the Red Bull Ampol Racing garage – watching, learning.

Declan Fraser’s face has become a familiar one at Triple Eight Race Engineering on race weekends, not only because he’s driving for the team in the Dunlop Super2 Series ranks.

The 21-year-old wants to grow, and what better way to do that than spend as much time as possible with the championship-winning team.

After a solid season-opener, Fraser realised his best bet was to embed himself in the organisation and learn as much from the drivers, engineers, and wider Triple Eight crew.

The Castlemaine-born driver made his case to team principal Jamie Whincup – he wanted to be at every event he could, sit in on every meeting possible, and soak up every second.

Now, he is set to line up with Craig Lowndes in a Supercheap Auto-backed wildcard entry in this year’s Great Race.

“I think it was after the first round at Sydney, I realised that there was still a lot for me to learn in aspects of car set-up and the way that the engineers work,” Fraser told Speedcafe.com.

“I’ve never really had a team where we went into full depth with our debriefs.

“I wanted to be able to help the team as much as possible in my Super2 programme to make sure that we are getting the best results possible.

“To have those resources there with all the main game guys, Shane [van Gisbergen] and Broc [Feeney], and all of their engineers, it was just a no-brainer for me.

“I’ve moved to the Gold Coast to chase a dream and I want to take it with both hands.

“For me, the resources are there and going away and spending that little bit of extra money has been 100 percent worth it.”

It was that initiative that impressed Whincup.

Fraser’s go-getter attitude and willingness to pay his own way in a bid to better himself struck a chord with the seven-time champion.

In the end, that would be one of the deciding factors in Fraser getting the nod over his equally competitive Super2 Series team-mate Cameron Hill.

“That was everything,” said Whincup.

“I don’t want to go too deep, but young kids these days they’re waiting for opportunity, they’re not actually going and chasing it where Declan actually actively chased the opportunity and made it happen.

“As it panned out, he was certainly going very well. He was driving very well. He had the results there. He’s high up in the Super2 standings, so he had all of those boxes ticked, but the biggest one; he just did everything he possibly could and showed great work ethic.

“It was fantastic to be able to reward him with the wildcard entry. This is a great example of a young kid that is creating opportunities and making it happen.

“Same with Broc, a young kid that is actually creating opportunities for themselves. Not just drivers, anywhere across the whole organisation – I love giving people a go that actually have the right work ethic, have the right morals, and just want to make it happen.

The off-season move to Triple Eight came with a significant step up, which Fraser openly admitted was overwhelming to begin with.

Nevertheless, the team has welcomed the young gun with open arms.

“For me, it’s been a lot of stuff that I haven’t understood, but everyone in the team has taken their time if I’ve asked a question, they answer it straight away and help me work through it as much as possible, which has been great.

“Listening to someone like Shane is pretty cool. The way that that guy thinks, it’s just completely different to what I’ve ever heard any other race car driver think.

“I’m just trying to be a sponge as much as possible. Just sitting in my corner, just taking it all in. Hopefully, I can put it into practice. We’re going good in Super2 at the moment sitting second in the championship, so I think it’s all paying off.”