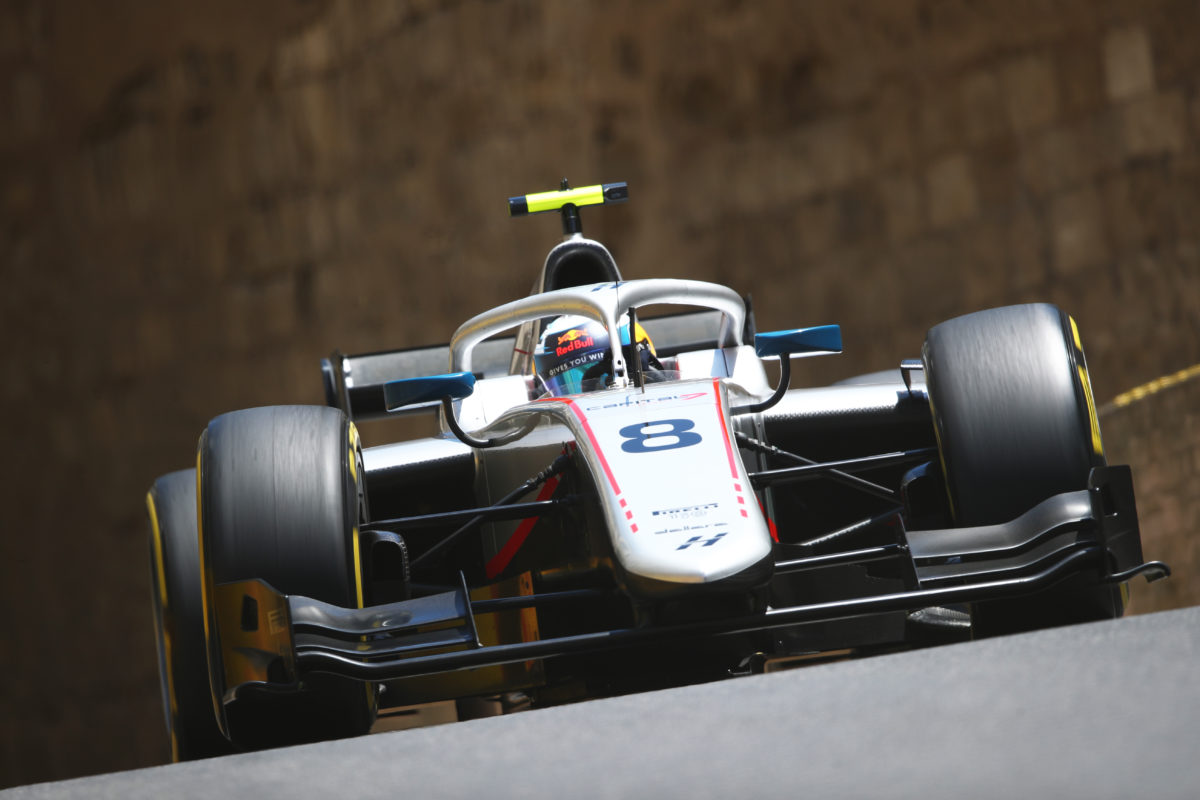 Juri Vips has claimed pole position for the Formula 2 Feature race in Azerbaijan, and will be joined on the front row by Liam Lawson.

A late lap saw Vips rocket to the top of the timesheets in a busy final flurry following a red flag in the dying minutes of the session.

Pole sitter at the time, Ayumu Iwasa got the wall with six minutes remaining, triggering a red flag after his car came to a stop with damage to the front right.

The Japanese driver then found himself bundled down the order as the session resumed with enough time for the field to set another two laps.

By the time the field had finished their initial flying lap following the restart, Iwasa had slipped to ninth, one spot behind Jack Doohan.

There was time left for much of the field to complete another flying lap, with a number of drivers improving at the second time of asking.

Doohan was among them, climbing one spot only to be demoted again when Jehan Daruvala improved.

Frederik Vesti and Logan Sargeant also improved, demoting the Australian to 11th at the chequered flag.

Joining Vips on the front row was Lawson who improved with his final lap, while fellow New Zealander Marcus Armstrong was fourth fastest.

Hauger managed the third quickest time, though faced an uncertain future after he found himself under investigation for an unsafe release.

The Prema driver had been fed out into traffic as the field headed back out on track following the red flag for Iwasa.

Jake Hughes will start from pole for Saturday’s Sprint race courtesy of the reversed top 10, joined on the front row by Vesti.

The Formula 2 Sprint race begins at 19:30 AEST on Saturday.