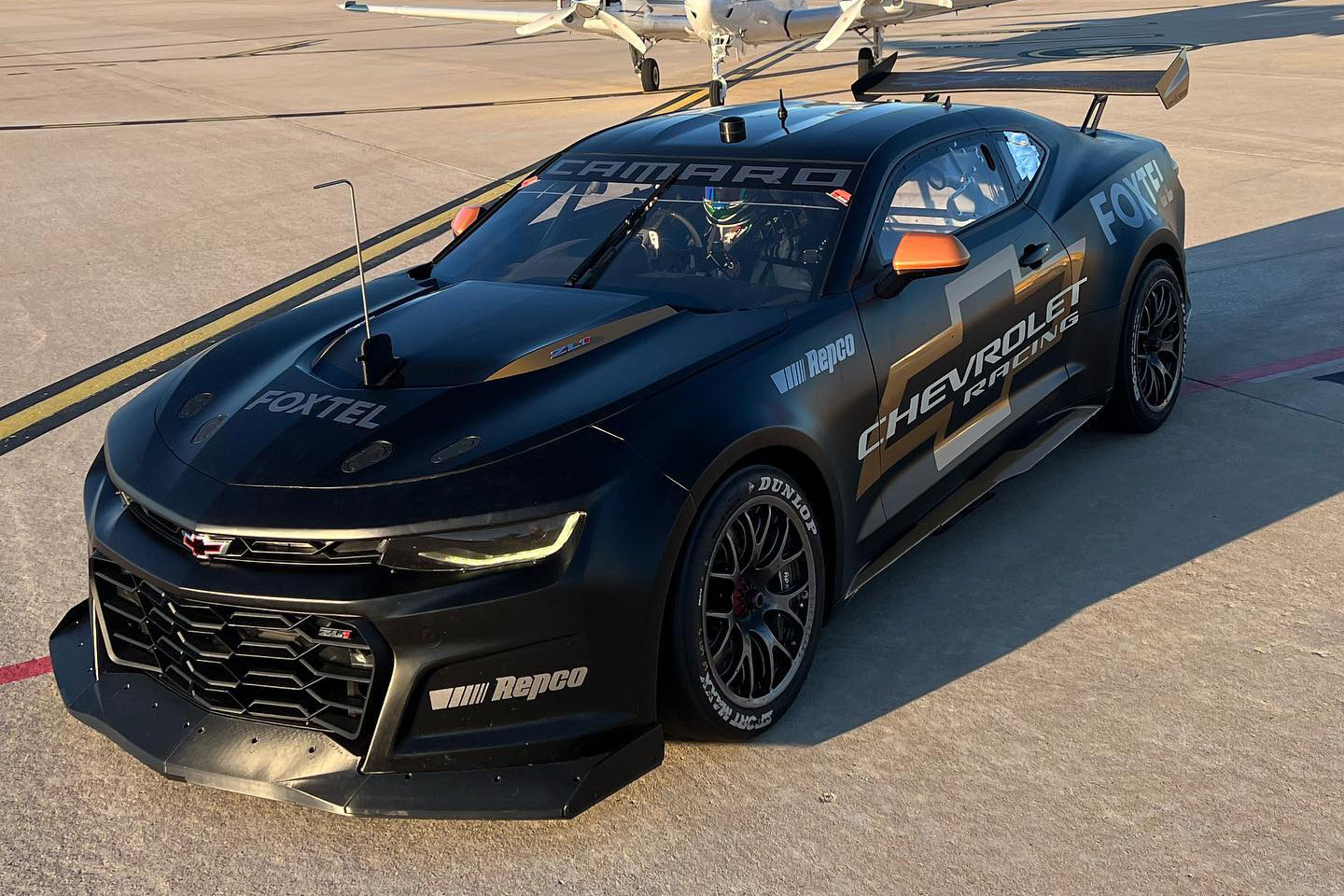 Supercars has taken another step closer to the racing debut of Gen3 with its first preliminary VCAT at Toowoomba Wellcamp Airport.

Earlier this year, D2H Advanced Technologies updated its VCAT system, cutting down the process from 10 days to just three.

Porsche Paynter Dixon Carrera Cup Australia drivers Harri Jones and Bayley Hall were among those tasked with driving the Mustang and Camaro respectively.

Findings from the test will have an asterisk next to them, however. Ford is set to roll out the seventh-generation Mustang, dubbed S650, by the year’s end.

That will necessitate a facelift to the Supercars model in time for the 2023 racing debut.

Supercars has brought its Gen3 prototypes to multiple circuits the championship has raced at this season.

The Mustang and Camaro were slated to test last month at Winton Motor Raceway, though those plans were axed to focus on the aero test.

Initially, Supercars had planned to conduct the VCAT at Oakey Army Aviation Centre but took to Toowoomba Wellcamp Airport instead.