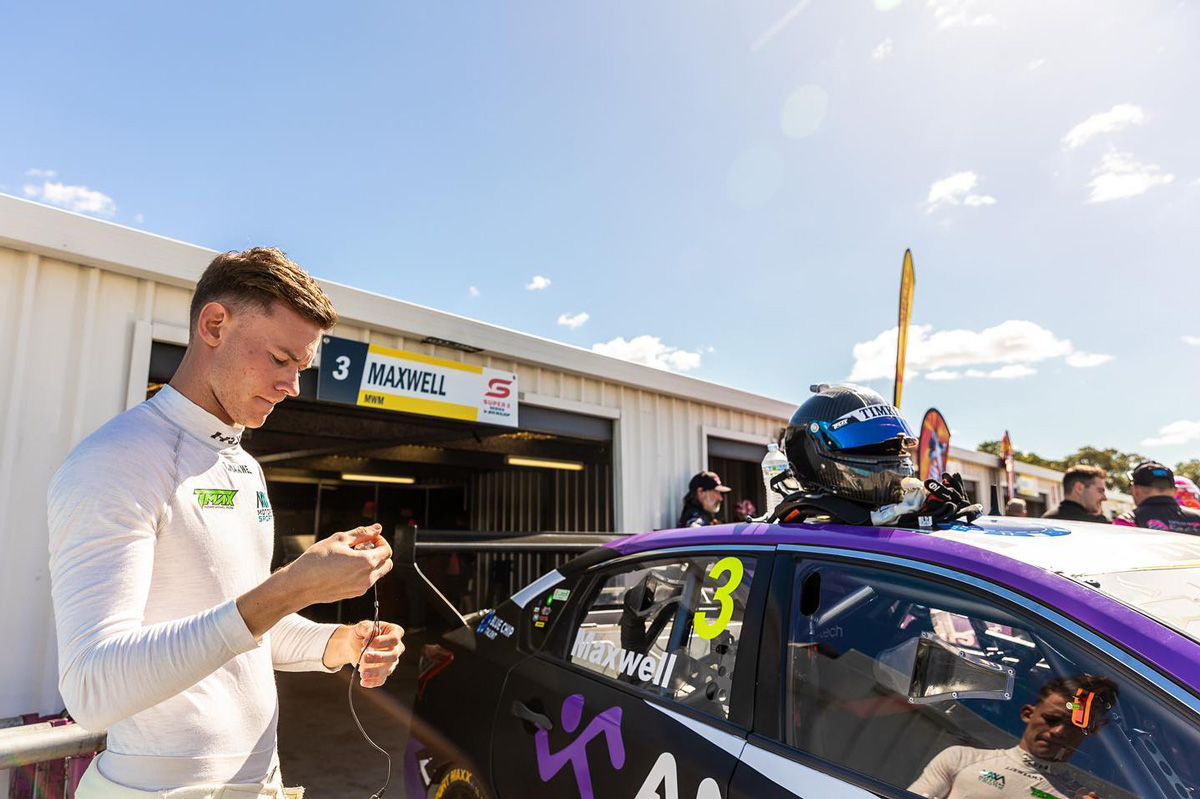 Dunlop Super2 Series rookie Thomas Maxwell will race in front of his home crowd next weekend as he makes his S5000 debut.

Maxwell, who celebrates his 24th birthday today, will race for Versa Motorsport at Hidden Valley Raceway, which will host the 2022 S5000 Australian Drivers’ Championship finale in support of the Merlin Darwin Triple Crown.

“Firstly, it’s a big thanks to Barry Rogers at GRM and everyone for putting this deal together,” said the Territorian.

“It’s going to be super exciting to be racing at home again and also enjoying Darwin’s sun… it should be amazing.

“I drove one of the cars in a quick test back in 2019, but been a few years since then. It’s going to be tricky to try and adapt and learn everything so quickly. It’s an awesome challenge.

“The chance to race at home and fly the flag for the Territory was too good to pass up.

“We didn’t get to go there with Super2, but to go and race anything at Hidden Valley is always good in front of the home town friends and family.”

Also in the 12-car field will be John Martin and Tim Berryman, while Kaleb Ngatoa and Sebastien Amadio return after missing the most recent round at Sydney Motorsport Park.