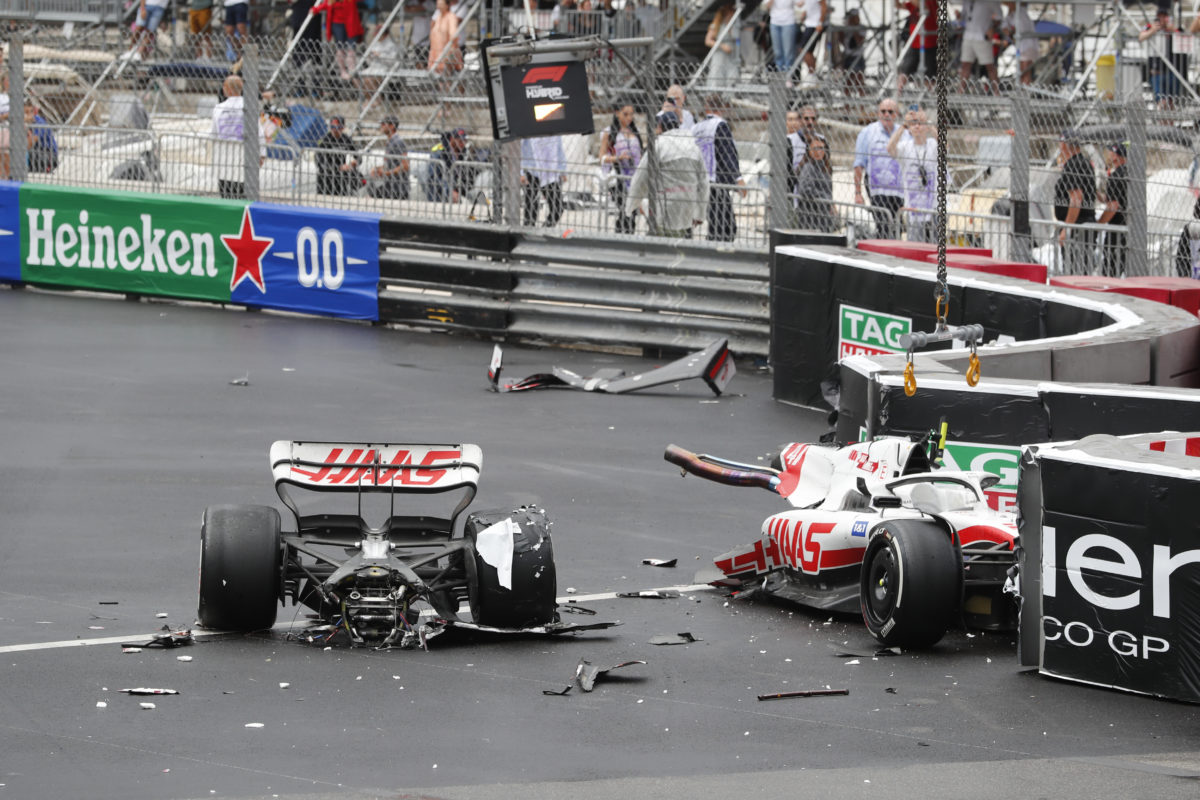 Haas boss Guenther Steiner has revealed that his team has already spent the money it had allocated for damage for the entire 2022 Formula 1 season.

Mick Schumacher crashed out of the Monaco Grand Prix two weeks ago, tearing the rear end of the car away from the survival cell.

It follows a hefty impact at the Saudi Arabian Grand Prix during qualifying which saw the German airlifted to hospital, and saw him a scratching from the race itself due to limitations surrounding spares.

Teams are this year walking a tightrope when it comes to their expenditure with a cost cap of $140 million in place.

“We have passed that allowance, we passed that in Jeddah,” Steiner revealed of the funds allocated for crash damage this season.

The costs involved in replacing the damaged parts, and the lead time needed to manufacture them, will have a notable impact on the team for the balance of the season.

“The money is always an issue because you have to pay, but actually the issue was to have enough parts made because the production can do so much,” Steiner explained.

“You don’t have five moulds for fairings, you’ve got one mould, and if you keep on making them, it takes time.

“Suspension-wise, Ferrari helped us out because we are running low on suspension as well, because they cannot keep up with making it.

“Otherwise with the budget, just something else has to give, you cannot keep on just spending money you haven’t got.”

Following the Monaco crash, Steiner made some pointed comments about Schumacher, and has since doubled down on those statements.

“It’s just not possible to continue like this,” he said.

“He knows that. He’s also crashing into a wall at some stage. It’s also not healthy.

“Obviously he wants to score points, and if you crash into the wall, you don’t score points.

“He knows that, so it’s like putting pressure on and telling him you shouldn’t go and crash, I don’t do that, I never do that, because I think they know that they shouldn’t be crashing.

“There’s a lot of things going on, but there is not one simple answer.

“We need to see how we go forward. There’s a lot of things we have to sort out now.”

Speaking in Baku, Schumacher didn’t shy away from the criticism he’s received.

“It’s not secret, and we all want to score points and that’s why we’re here for,” he explained.

“We want to do better than the previous races – not saying the races weren’t good but there was always something which just didn’t quite work out.”

Schumacher held his hand up for the Monaco off, admitting he ran slightly wide of the dry line, dropping a wheel onto a wet patch which sealed his fate.

Meanwhile, team boss Steiner accepts that crashes are an inevitability of motorsport, but suggests his young charger needs to adjust his mindset without being lectured on the issue.

“This is a sport that’s very competitive,” noted Steiner.

“It’s easy to overstep a little bit your mark, and you’ll make a big damage, especially on this race track, like Monte Carlo, Jeddah, here [Azerbaijan], Montreal is another one, Singapore.

“He just needs to adjust himself not to do what was done in Monte Carlo.

“But it’s not me telling him five times to make it any better, I think it’s making it worse, because it’s like, I get this, and then maybe you get a counter reaction.”