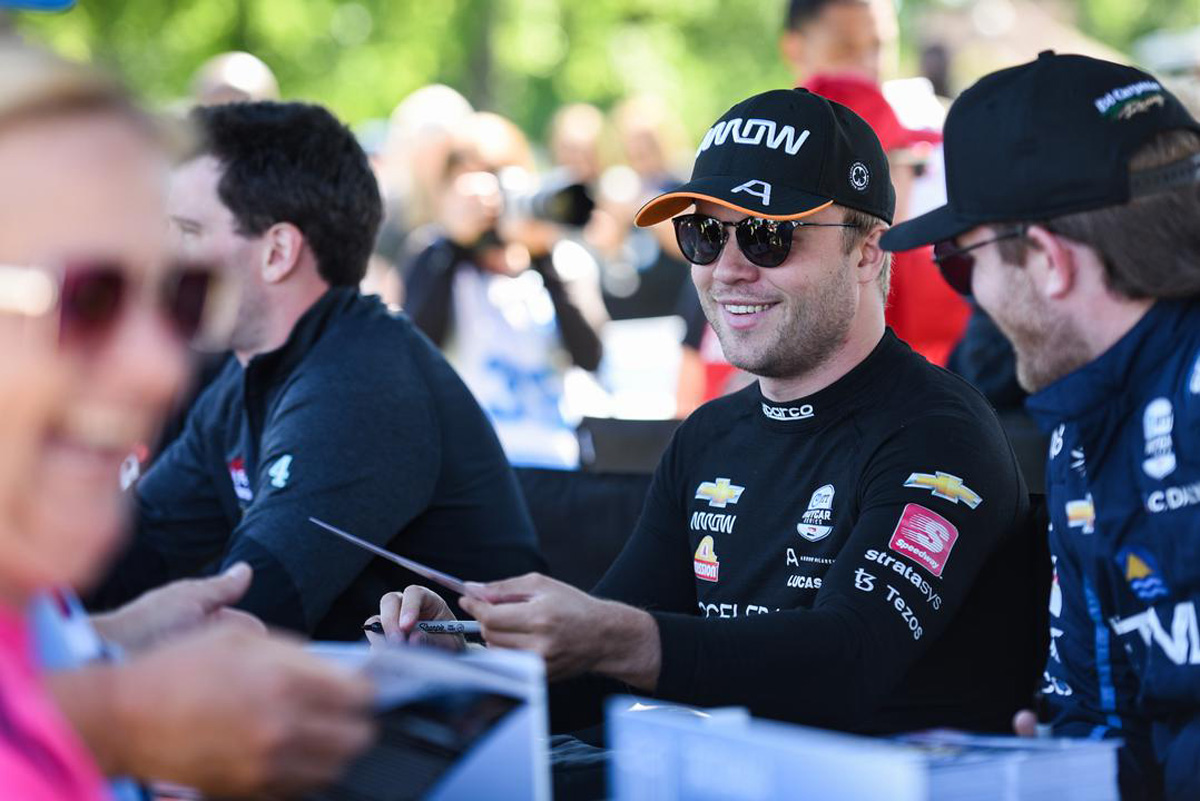 McLaren SP drivers Pato O’Ward and Felix Rosenqvist are eager to keep their recent momentum flowing when the IndyCar Series heads to Wisconsin this weekend.

Road America was the site of major breakthroughs for both drivers at the second of two races there in 2020.

On that occasion, O’Ward took his maiden pole position, while Rosenqvist – then at Chip Ganassi Racing – went on to open his victory tally in the open-wheel series.

It will in fact be Rosenqvist’s first race at the venue since that day, having missed last year’s event being sidelined due to a crash in Detroit.

“It will be good to be back at Road America. It’s where I got my first IndyCar win back in the day,” said the Swede.

“I think it’s been one of our weakest tracks and I actually didn’t drive last year; but I think we’ve made some good progress since then.

“We know what to do to be competitive so we’re pretty pumped to get back and try to continue our streak of good speed and good results that we’ve had lately.”

“I am excited to go back to Road America where I got my first pole in IndyCar,” said the Mexican.

“I’m looking forward to making our No. 5 Arrow McLaren SP Chevrolet a bit better than last year and fight up at the front.”

With McLaren SP recording double top 10 finishes at each of the past two events, O’Ward and Rosenqvist are positioned third and ninth in the championship, respectively.

Opening practice at Road America begins at 06:25 AEST tomorrow, with live and ad-free coverage on Stan Sport beginning from Practice 2.