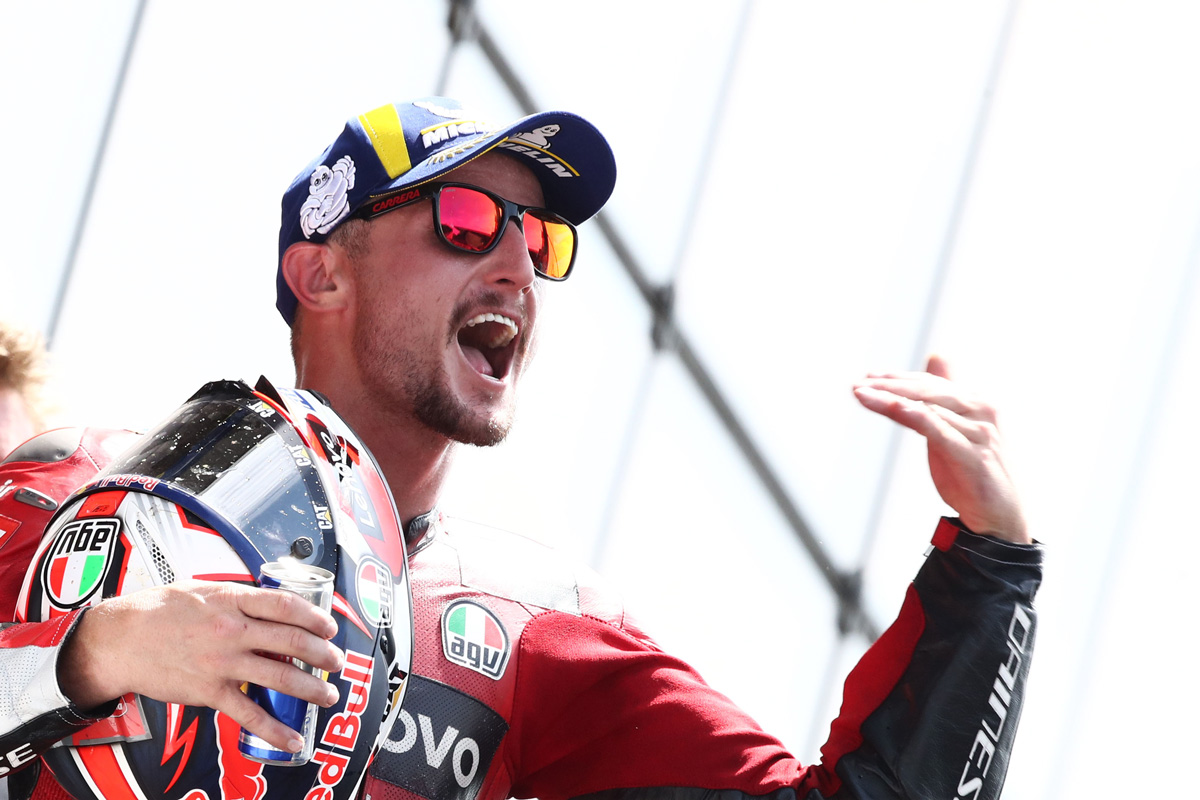 Jack Miller has reflected on his half-decade with Ducati, following confirmation that he has inked a two-year MotoGP deal with Red Bull KTM Factory Racing.

Miller’s departure from Ducati was all but confirmed last weekend – a matter that had been speculated for some time as the Bologna brand seemingly prepares to promote one of its promising second-year riders, Jorge Martin or Enea Bastianini.

Perhaps unusually, KTM’s announcement did not include quotes from the Australian, whose comments instead were reserved for communications from his current team.

Having teamed with KTM to finish runner-up in 2014 Moto3 before joining Honda in the premier class, Miller is in his fifth season at Ducati.

The first three of those campaigns came with Pramac Racing, and he’s now in year two at the factory outfit with whom he took two race wins last year.

“It’s been a really important five years for me: together with Ducati, I’ve achieved several podiums, including two wins that I’ll never forget,” said Miller.

“In addition to the two constructors’ world titles and the team title, last year, I finished fourth in the championship, and that was my best result ever in MotoGP.

“Together with the Pramac Racing team and the Ducati Lenovo Team, I have grown a lot as a rider and year after year, I have always felt like the best version of myself.

“Next year I will take on a new challenge, but right now, I want to think only about finishing this last season with my team in the best possible way.

“I thank all of Ducati Corse, my team, Gigi [Dall’Igna], Paolo [Ciabatti], Davide [Tardozzi], and the people who have worked with me over these five seasons.”

Francesco Bagnaia, Miller’s team-mate since the start of 2019, paid tribute to the #43 via social media.

“It is a real honour for me to share the box with you these four years,” wrote the Italian.

“You are one of the coolest people in the paddock, and one of the most talented and fastest riders.

“We still have many battles ahead of us on the track my friend.

Ducati Corse general manager Luigi Dall’Igna added: “Together with Jack, we have spent five wonderful seasons, during which we have achieved truly significant goals for us, such as the two constructors’ world titles obtained in 2020 and 2021 and last year’s best team title.

“In addition, we should not forget the numerous podiums and the two stunning victories at Jerez and Le Mans.

“Miller is a very talented rider who has been able to understand our Desmosedici GP at its best.

“He is a fair and loyal person on whose full commitment we have always been able to count. I would therefore like to thank him on behalf of Ducati, the Ducati Lenovo Team, and all our partners for these five years spent together and wish him all the best for his near future.”

The 2022 MotoGP season continues next weekend at the Sachsenring in Germany, for what should be Miller’s 11th last race in red.