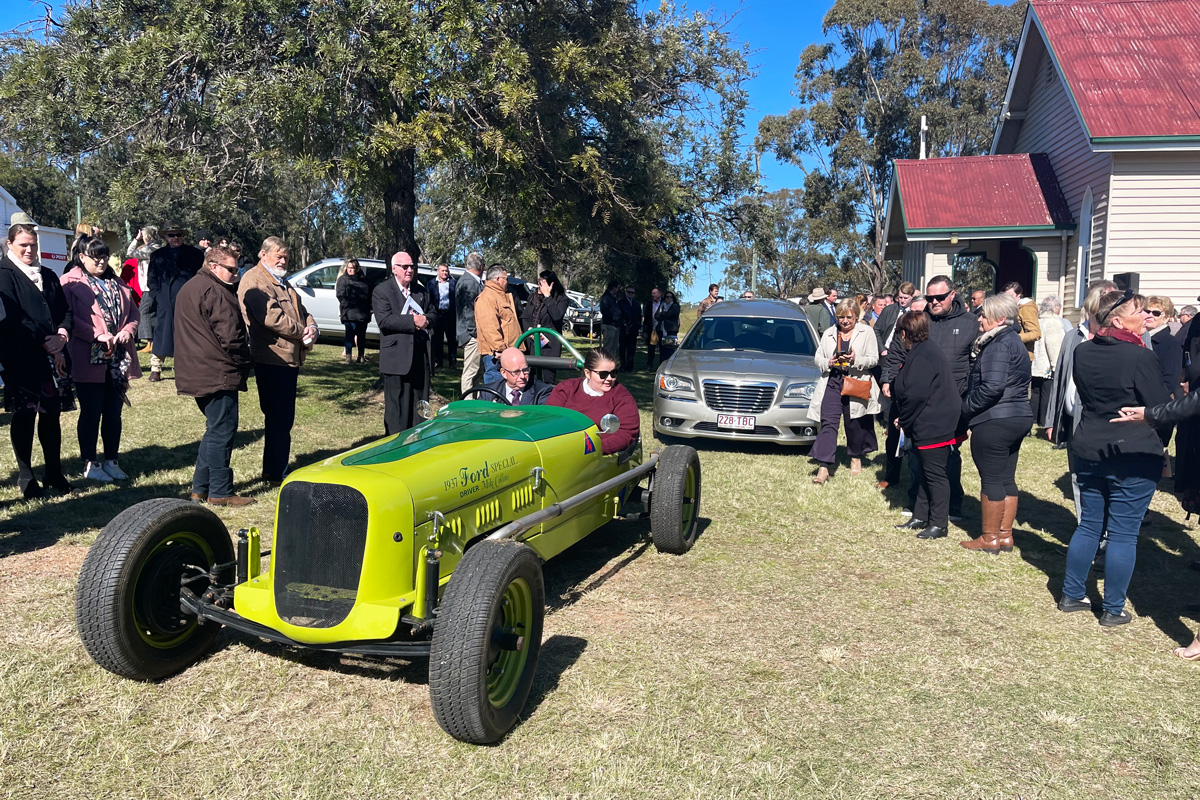 The Queensland motorsport community said goodbye to one of its great stalwarts today when Mike Collins’ funeral was held at Leyburn in the Darling Downs.

The funeral was attended by more than 300 people in the small rural community.

Collins was one of the driving forces behind the Leyburn Historic Sprints which celebrated its 25th anniversary last year.

Queensland motorsport identity Dennis Brown read a special tribute to Collins which noted the Leyburn Sprints as his great legacy.

The hour-long tribute was followed by a lap of the Leyburn Sprints course on the way to the cemetery led by Collins’ 1937 Ford Special driven by his son Paul and granddaughter.

“The Leyburn Sprints will be an incredible legacy for him to leave behind.

“The amount of people here today is testimony to what people thought of him near and far.”

Collins was a regular Trans Am competitor and in 2012 took his 1965 Mustang to compete at Pikes Peak in the US.

Their daughter Tricia has been a long-time and successful Trans Am competitor and has been the family’s most recent contributor to the ongoing development of the Leyburn Sprints.

Collins squeezed as much as he could out of his life and attended both the Australian Grand Prix and Targa Tasmania as a spectator this year.

He was attending Trans Am events up until and including races at Queensland Raceway a fortnight ago. 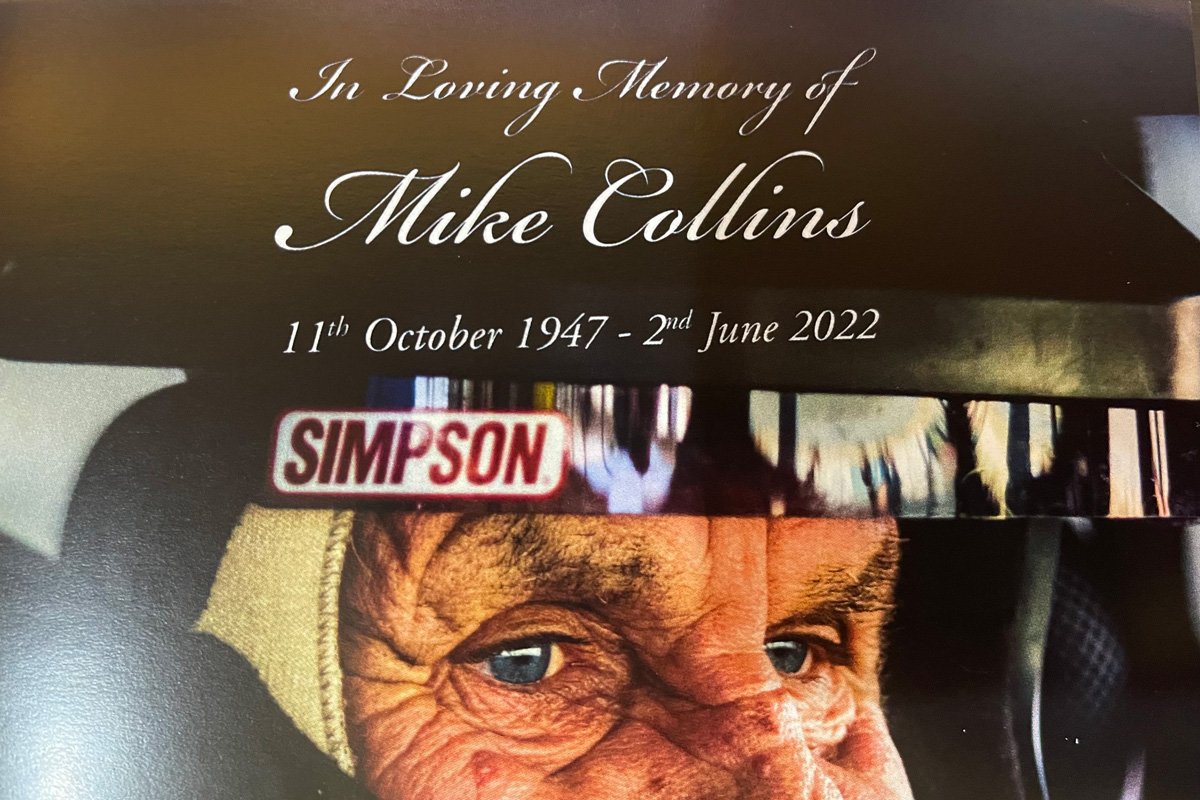