Driver banned from Le Mans after string of incidents

Driver banned from Le Mans after string of incidents 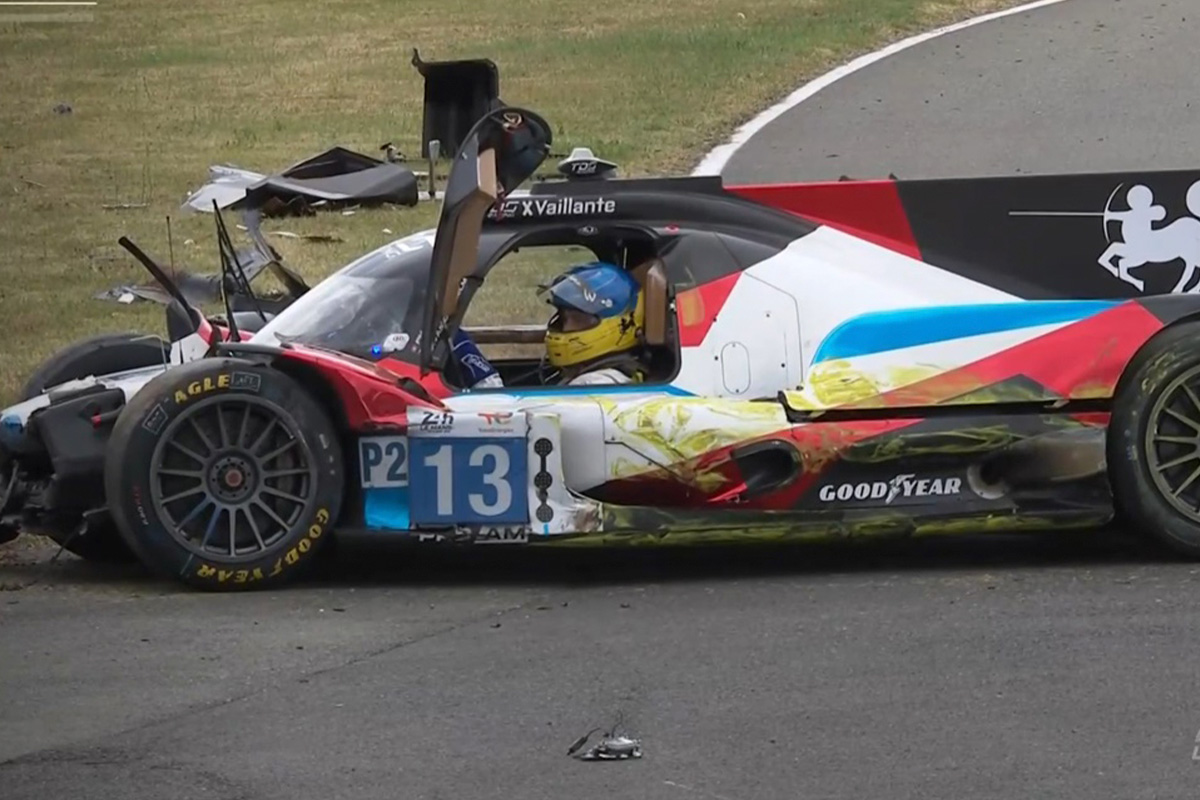 A driver has been banned from competing in the remainder of this year’s 24 Hours of Le Mans after three separate crashes.

Philippe Cimadomo, a Bronze-rated 62-year old, has been prohibited from taking any further part in the event “for the safety of himself and other competitors”.

Le Mans debutant Cimadomo was entered in the LMP2 class for TDS Racing, sharing the #13 with Mathias Beche and Tijmen van der Helm.

Following a string of incidents in practice and qualifying, the decision was made upon the recommendation of race director Eduardo Freitas.

The most recent of those incidents was a spin into the barriers in Practice 3 leaving the car with significant damage, with the team reverting to a spare chassis.

Cimadomo explained to the Stewards his accidents were “momentary lapses” and does have the right to appeal the decision.

It is not yet known whether TDS Racing will source a replacement driver for the #13 entry.

Further, the observation and opinion of the Driver Advisor is that the Driver is not driving to the standard required to safely participate in the remainder of the Event, especially in consideration of the specificity of the Le Mans circuit and competition, and the specifics of an LMP2 car in this specific situation.

The Driver explained to the Stewards that he has competed in LMP2 cars previously in ELMS without incident, and the incidents during FP1 and FP3 represented momentary lapses. Further, he stated that he felt that he had gained experience throughout the practice sessions and felt more confident in his capacity to compete. However, the Stewards have concluded that a pattern exists that cannot be ignored at this time.

Therefore, on the recommendation of the Race Director, for the safety of himself and other competitors the Stewards prohibit Philippe Cimadomo from taking part in the remainder of the Competition, under the power of the Stewards in Art. 11.9.3.k. of the International Sporting Code.

The Stewards make special note that this decision is based on this specific situation and is only valid at this time. No inference should be drawn as to the driver’s capacity to compete in competitions in the future.

The Competitor is reminded that this decision of the Stewards is subject to appeal under the International Sporting Code, however it is not subject to the suspensive effect in accordance with Art. 12.3.3.b.

Competitors are reminded that they have the right to appeal certain decisions of the Stewards, in accordance with Article 16.1.6 of 2022 LeMans 24H Sporting Regulations, Article 15.1.5 of the FIA International Sporting Code and Article 9.1.1 and 10.1 of the FIA Judicial and Disciplinary Rules, within the applicable time limits.