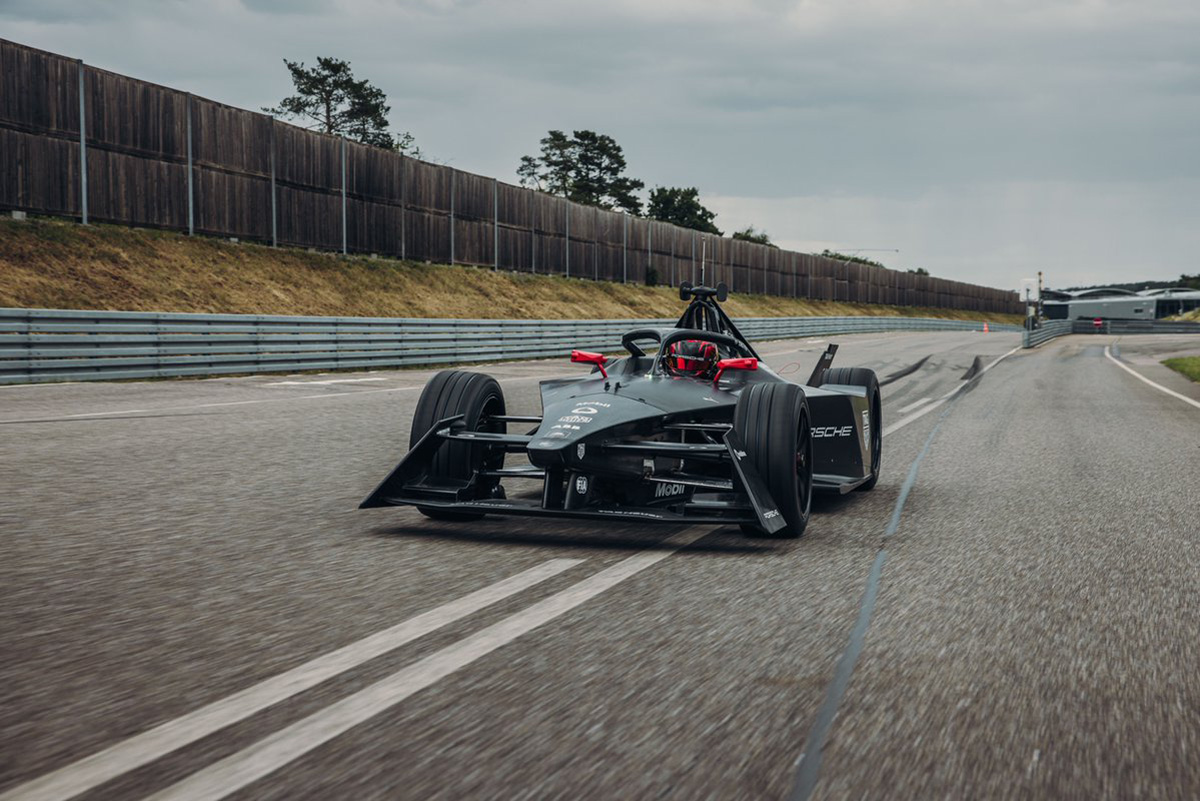 Pascal Wehrlein has lapped up the honour of being the first driver to steer Porsche’s Gen3 Formula E car.

The occasion took place at the Porsche Development Centre test track in Weissach, Germany, on Wednesday, ahead of Gen3’s introduction next year.

“We took the first step towards Gen3 today, with the successful rollout on our test track at the development centre,” said Florian Modlinger, Porsche’s factory motorsport director for Formula E.

“I want to thank the team for their huge effort in making this possible.

“It was a lot of work technologically and operationally to get our new car out on the track for Season 9 and to drive the first kilometres.

“We’re now looking forward to the next few days and weeks and to making further progress with the car.

“We’ll work on better aligning the systems and then the car’s performance.”

Wehrlein, a former Formula 1 driver at Manor and Sauber who won the Mexico City ePrix earlier this year, spoke positively of the outing.

“That was a very interesting day and an awesome experience to drive our new Gen3 car for the first time,” said the 2015 DTM champion.

“It felt great and I’m excited to test it at full power soon.

“My initial impressions today were also very good and it made me hungry for more.”

Wehrlein is eighth in the 2021/22 Formula E standings. Round 10 of the world championship takes place on July 2 in Morocco.