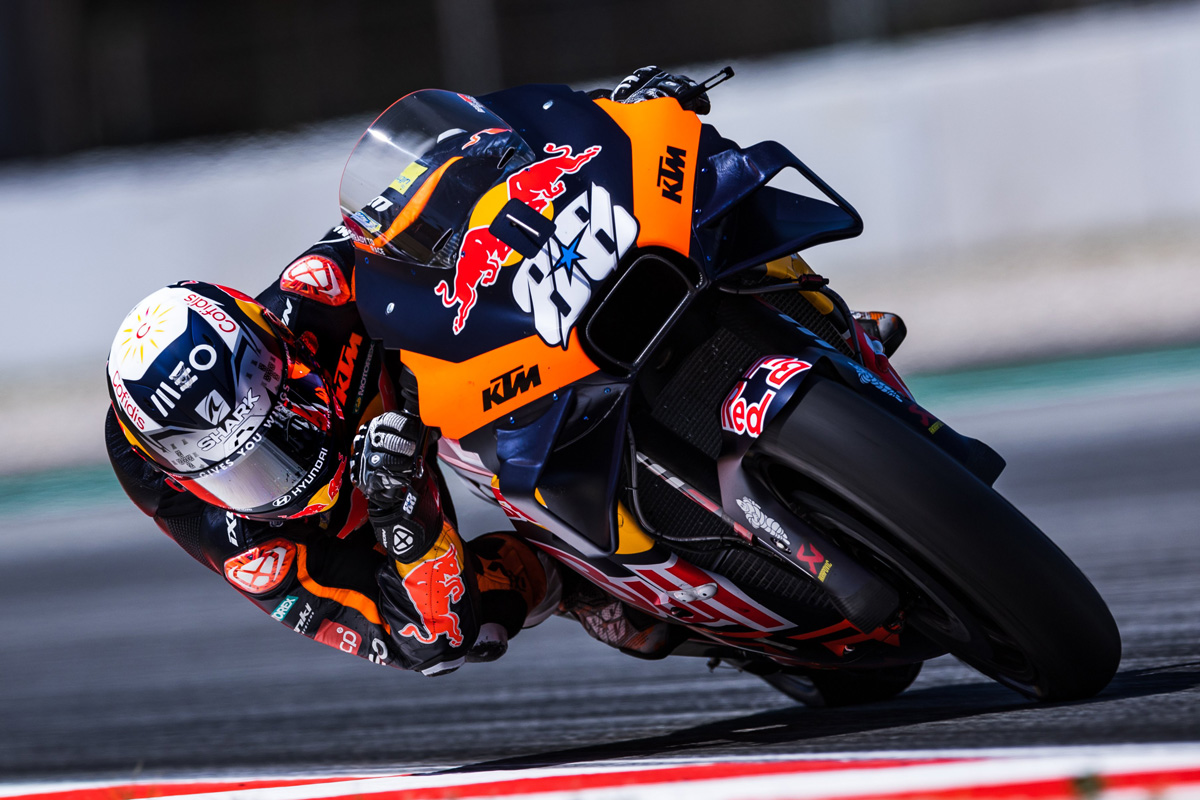 Miguel Oliveira could switch to the Ducati stable as MotoGP’s wild silly season continues to unfold.

A race winner for Red Bull KTM Factory Racing both this year and last, Oliveira appeared unimpressed by the offer of a demotion back to the satellite Tech3 squad, opening the door for an exit from the Austrian marque altogether.

It comes as Jack Miller seemingly firms to join the lead KTM outfit alongside already contracted Brad Binder. Miller’s split with Ducati was all but confirmed at the weekend.

Now it has emerged that Oliveira has spoken with Ducati-powered Gresini Racing to link in 2023.

“My goal is to ride a competitive bike,” the #88 rider told Italian broadcaster SKY Sport MotoGP.

“That’s the case of Ducati at the moment. It looks like there’s one seat available in the Gresini Team.

“We had a small meeting, we wanted to know each other, we sat down and talked. Nothing serious yet, so my future is still open.

“My goal is to ride a bike that’s capable of winning races.”

A winner of three grands prix this year, Bastianini is a contender to replace Miller at the Ducati Lenovo Team, while rookie Di Giannantonio is 21st in the standings but did break through for his maiden premier class pole at Mugello last month.