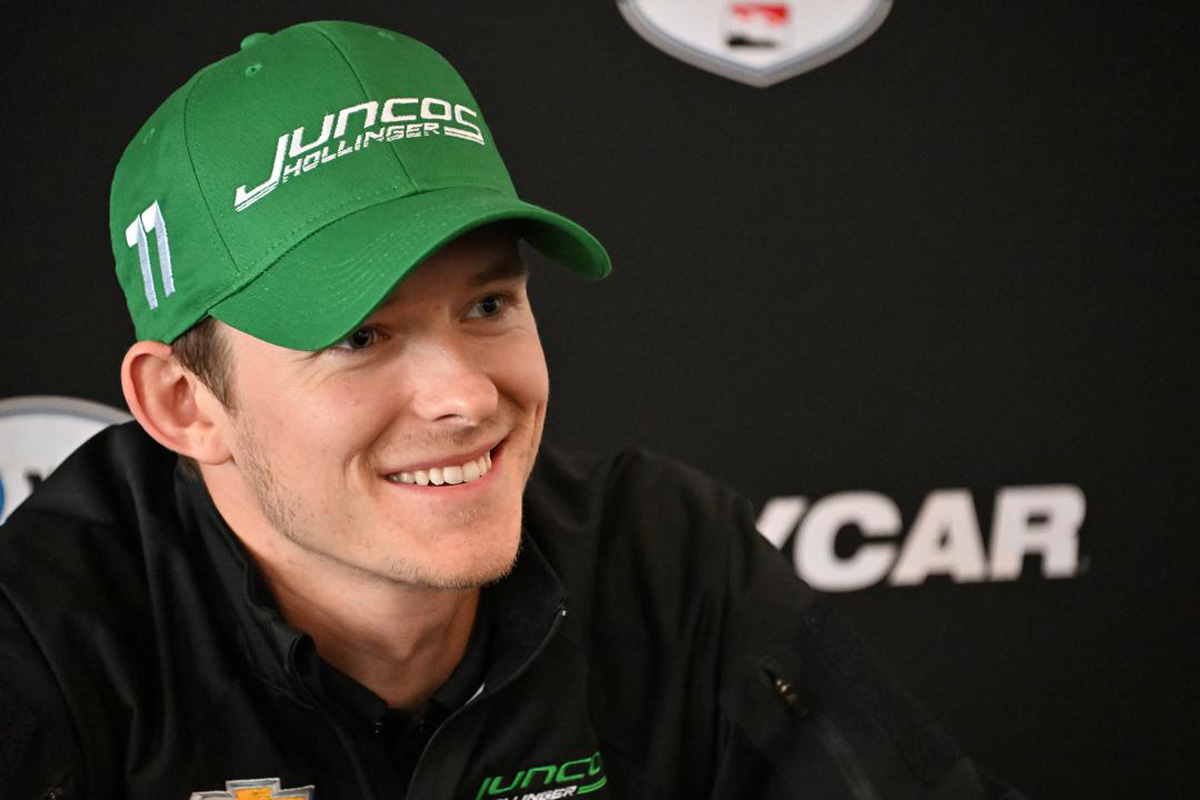 Callum Ilott will return to the IndyCar Series grid this weekend at Road America after receiving medical clearance.

The Juncos Hollinger Racing rookie missed last weekend’s Detroit Grand Prix due to a hand injury sustained when he crashed out on Lap 69 of the Indianapolis 500.

Supersub Santino Ferrucci replaced the Brit in the #77 Chevrolet, making for the third different team he’s driven for in 2022 following a cameo with Rahal Letterman Lanigan Racing at Texas Motor Speedway, and teaming up with Dreyer & Reinbold Racing at the 500.

Ilott’s absence will only be brief, as he strives to regain the momentum gathered from an eighth-place finish at the Indy GP.

“Having spent a week out of the car obviously in Detroit, looking at the racing from a slightly different angle, I can happily say I am going to be back in the car for Road America,” he said.

“I have been cleared by the IndyCar Medical Team today. We looked quite extensively at my hand and the risk of further damage is a lot lower.

“It’s still a factor, but the track surface in Road America is a lot less bumpy than Detroit.

“Looking at Road America, I haven’t been there yet, but it’s a good high speed fun track and quite long as well.

“There are some good overtaking zones, so it should be a fun weekend with a lot of action. I am super excited to get back in, coming off the momentum we had at the Indy GP we should be on for a good weekend.”

JHR co-owner and team principal Ricardo Juncos said: “We are thrilled to get Callum back in the No. 77 JHR Chevrolet this week.

“We want to thank everyone at IndyCar Medical Team’s for their support and exceptional care provided to Callum. The focus has been on Callum’s healing progress, and he has been working hard each day to get back on track.

“We are looking forward to a great weekend at Road America and building off the momentum we had during May.”

Ilott slipped to 25th in the championship after missing Detroit.

Road America represents Round 8 of the season, with the action to be broadcast live and ad-free via Stan Sport.