Holdsworth: Strong start a ‘shock to everyone’ at Grove

Holdsworth: Strong start a ‘shock to everyone’ at Grove 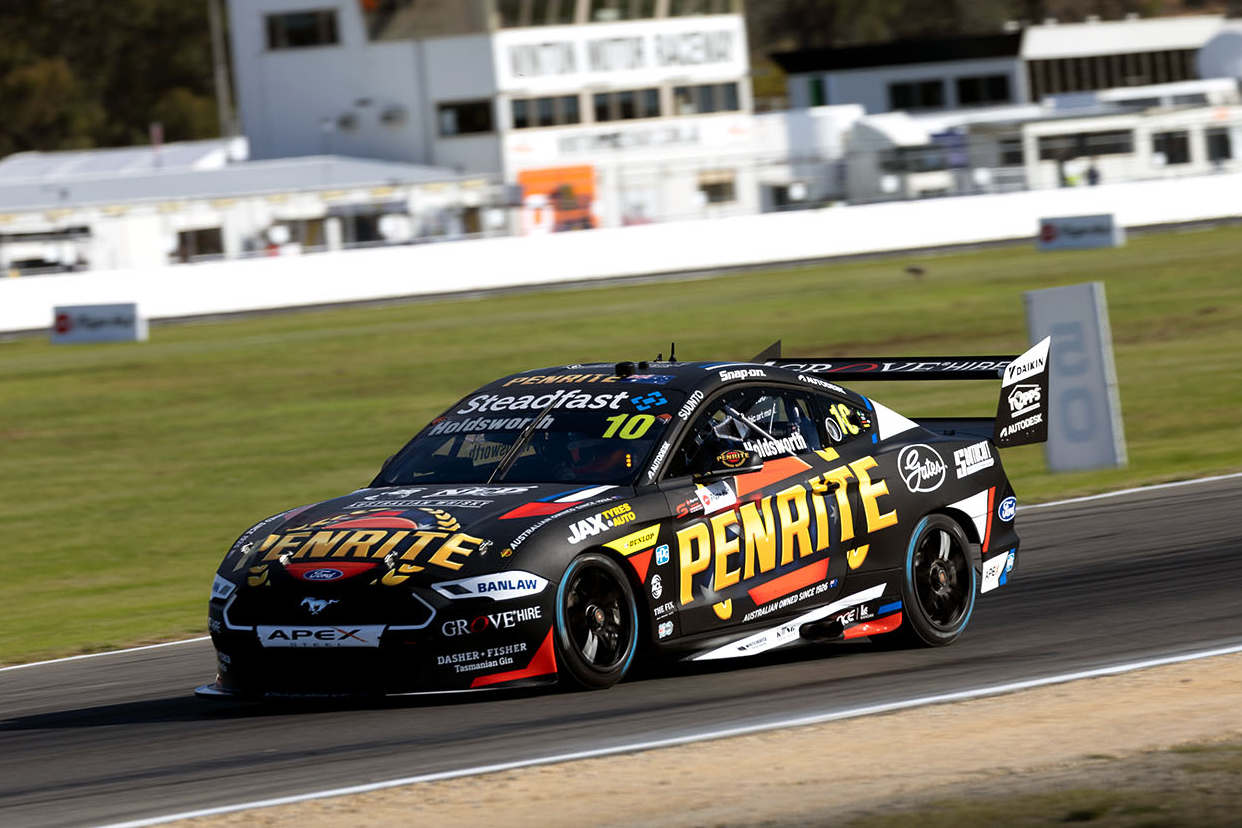 Lee Holdsworth concedes he didn’t expect to have such a strong start upon returning to the Repco Supercars Championship full-time.

This year he joined Grove Racing off the back of winning the 2021 Bathurst 1000 with Chaz Mostert and Walkinshaw Andretti United.

Holdsworth joined the Braeside squad as it transitioned from part-Kelly, part-Grove ownership to a wholesale takeover by the latter.

Last year, the co-owned and operated team was a lacklustre eighth in the teams’ championship.

This year, the squad finds itself knocking on the door of the top three and regularly in contention for podium finishes.

Holdsworth enjoyed one of his best weekends to date at the Winton SuperSprint, finishing fifth, fourth, and sixth.

“I certainly didn’t think that results would be this strong,” Holdsworth told Speedcafe.com.

“I think we’ve all been surprised by the step up in performance this year. Even since the start of the year, the team has built a lot of momentum and just an unbelievable turnaround.

“So yeah, I guess that’s why there’s a few stories out there at the moment. It’s been a bit of a shock to everyone.

“Everyone is riding the wave together and enjoying it and you can see that in the attitude of all the workers in the team. It’s an enjoyable place to be.

“Obviously the team enjoys seeing results, but it’s just a really upbeat feel in there and everyone is doing an amazing job lifting the bar at each round.”

Off the back of a solid showing at a cool Winton Motor Raceway, the #10 driver heads to the tropical north’s Hidden Valley Raceway.

Qualifying, where Holdsworth has lacked relative to team-mate David Reynolds, is where the series veteran believes the most gains can be made.

“It definitely felt like a breakthrough weekend, but I’m not getting too confident just yet that we’re overcome our qualifying struggles,” Holdsworth said of his Winton weekend.

“The thing that gives me a bit of confidence moving forward is that we had quite a productive test day before Winton and I felt like that gave us a good direction with our qualifying car and we were still able to prove that we kept our performance in the race as well.

“So whilst I feel confident that we’ll be much stronger in qualifying from here on, I’ll reserve that judgement until probably after Darwin because I think that will confirm whether we have that step forward for the rest of the year.”

Holdsworth is conscious not to get too far ahead of himself.

Last year, the team enjoyed the ultimate high of winning at Tailem Bend courtesy of Andre Heimgartner only to lock out the last row for the first race of the Darwin weekend.

“That keeps coming up in conversation, actually,” Holdsworth laughed.

“Whilst we’re confident about our cars, that does play in the back of your mind that they weren’t strong up there last year.

“In saying that, the set-ups are light years apart from where they were last year. The team has come a long way.

“I don’t expect to see our cars down the back. I don’t think it’s too relevant what happened there last year, because it’s a completely different package than we’re running with now.”