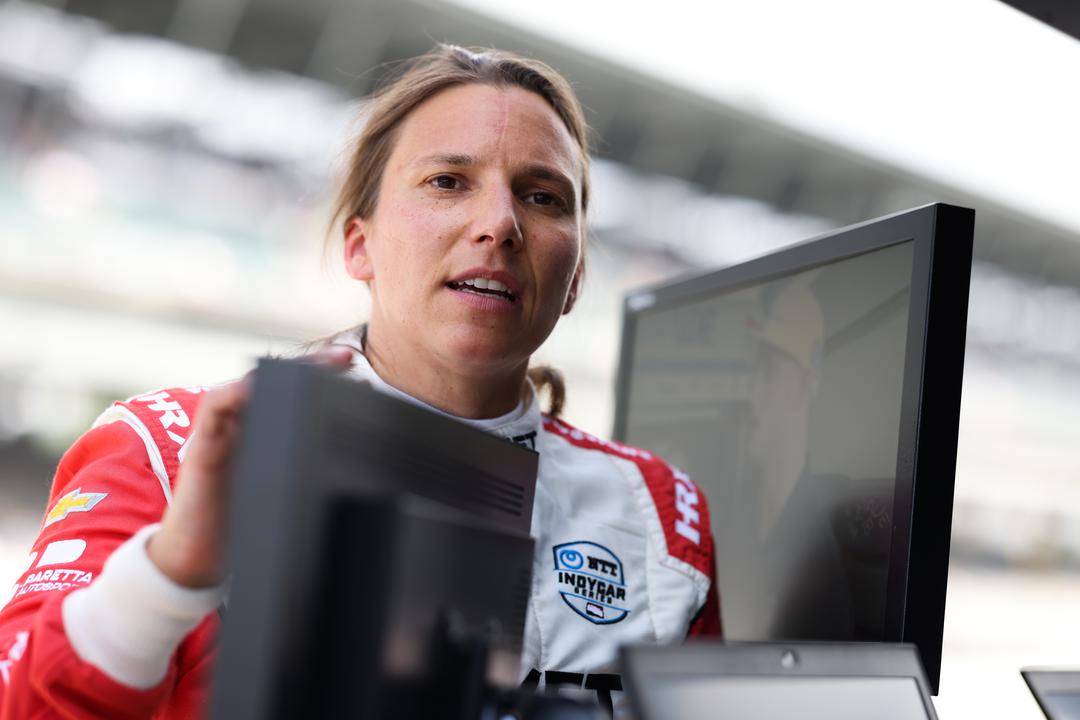 Simona De Silvestro says this weekend’s return to road course IndyCar racing after seven years out will be a case of starting with a “blank sheet” of paper.

The Swiss driver remains with Paretta Autosport for her IndyCar competition in 2022, after contesting last year’s Indianapolis 500 with the female-oriented team, but with a difference.

This time around, team owner Beth Paretta opted to skip the Brickyard and link with Ed Carpenter Racing for a three-race programme encompassing road courses and streets circuits, beginning with Road America.

De Silvestro has not tested ahead of her return and when she hops into Car #16 for Practice 1 this Friday (local time), it will mark her first miles at a non-oval IndyCar event in 2615 days.

Back then, she finished fourth in a chaotic Grand Prix of Louisiana at NOLA Motorsports Park, and while the chassis is the same as it was that day, much has changed.

Notwithstanding that she drove with it last year at Indianapolis Motor Speedway, De Silvestro specifically identified the aeroscreen as something to get her head around.

“In the sense when I’m in the car, it feels pretty similar because it’s the same chassis,” she noted.

“But definitely with the aeroscreen, it seems the behaviour of the car has changed quite a lot, as well as looking at the onboard looks different than how I used to drive it.

“To be honest at the moment, I haven’t driven it. I’m a bit maybe overthinking sometimes a little bit. I need to go into the weekend and see what we got.

“The good thing is, it’s been quite a while. I think in a sense I won’t really remember how it really felt like so I can start from a blank sheet and work from there.

“I think a lot of the guys who have been running a lot, I think the aeroscreen changed that a lot. I think they’ve been trying to get the feel they used to have without it.

“In that sense, for me it’s been so long that maybe I’ll just hopefully adapt to it a little bit quicker.

“But the other thing, I only haven’t done a really long race, like an IndyCar [road] race in a while.

Without any mileage in the car so far this year, the 33-year-old declared a podium a “really unrealistic prospect” this weekend in what will be her first race at Road America since the 2008 Atlantic Championship.

“For me, the expectation… I think at the end of the day you want to do the best job you can,” she remarked.

“I think we have to be realistic as well. We have not tested. It’s the middle of the season, all these guys and girls have been running half the season already. We need to see where we kind of stack up.

“I think for me in a sense, I’m really looking forward to getting back in an IndyCar, so from that point of view, I think I’ll push quite hard to get up to speed as quickly as I can.

“I think if we do our job correctly, I think we can be on the competitive side for sure.

“I don’t think we can win the race or be a podium, I don’t think; I think that’s really unrealistic. Even if we see Will qualifying 16th [Power won in Detroit last weekend from 16th] and stuff like that, I think the field is super deep.

“From that point of view, I think we have to be realistic. We just need to do our job correctly and just kind of keep chipping away at it, finishing the race.

“I think if we do everything correctly, I think the race could be alright.”

Practice 1 starts on Saturday morning at 06:25 AEST, with Stan Sport’s live and ad-free coverage commencing from Practice 2 on Sunday morning at 00:45 AEST.