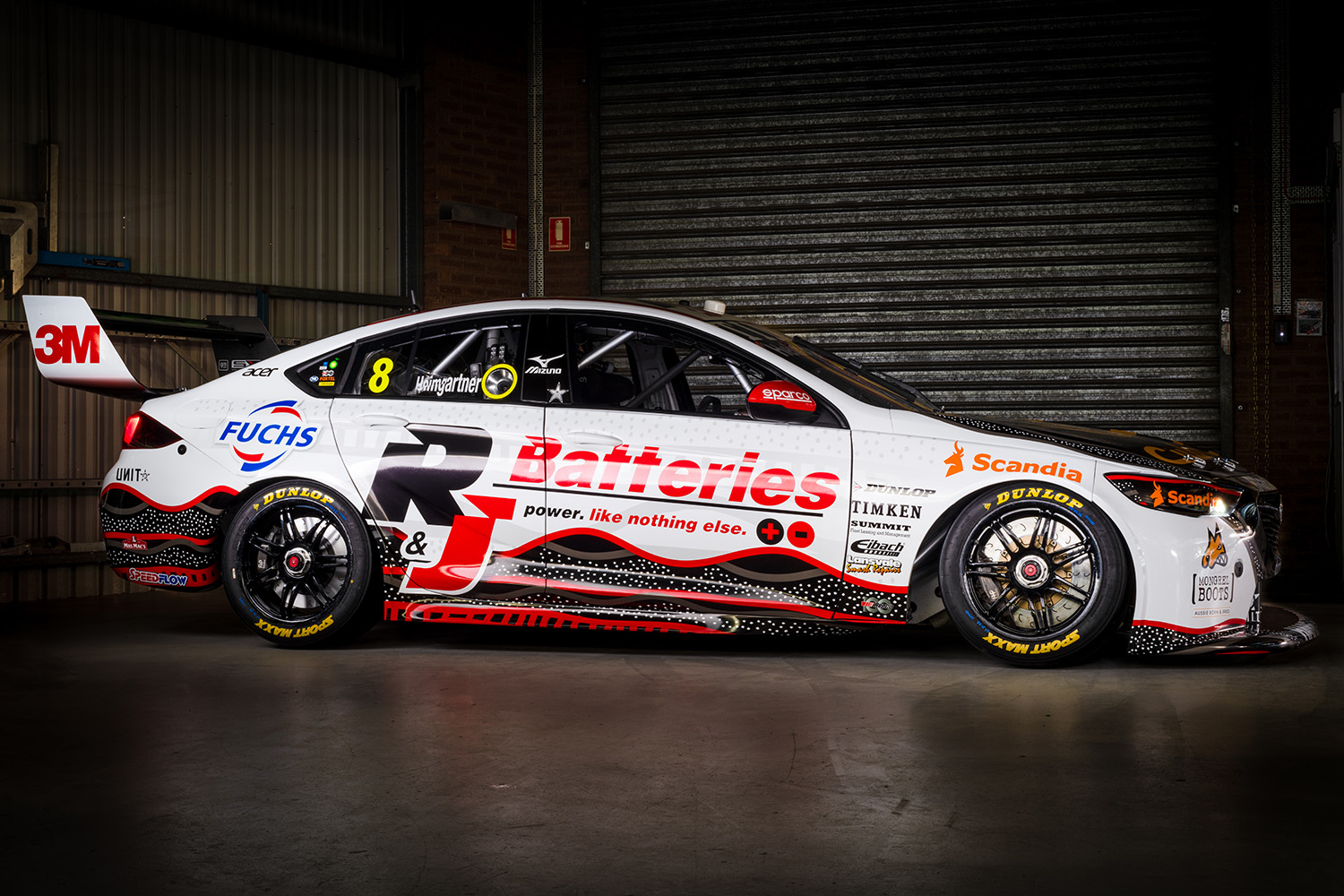 A passage of underground lava tubes has been used as inspiration for Andre Heimgartner’s new-look R&J Batteries Racing livery.

Indigenous artist Jedess Hudson has added an Aboriginal flare to the #8 Holden ZB Commodore with her design dubbed ‘Lava Lines’.

The design is the second from Brad Jones Racing to be shown off ahead of the inaugural Supercars Indigenous Round at Hidden Valley Raceway.

Hudson is native to Cairns and a descendant of the Ewamian and Western Yalanji people, and is said to combine contemporary artistic styles with traditional storytelling.

“The Undara Lava Tubes are situated on Ewamian country, which contain the remains of the Earth’s longest flow of lava originating from a single volcano,” said Hudson.

“Volcanic activity formed these tubes over 190,000 years ago.

“The red and orange represents the journey lines as the lava travels and flows across the land.

“Each lava tube varies in length, size, and dimension with its own unique story.

“The dots embody the lava imprint within the tubes and the Lava flow contain powerful energy – the natural embodiment of the products that R&J Batteries are known for today.” 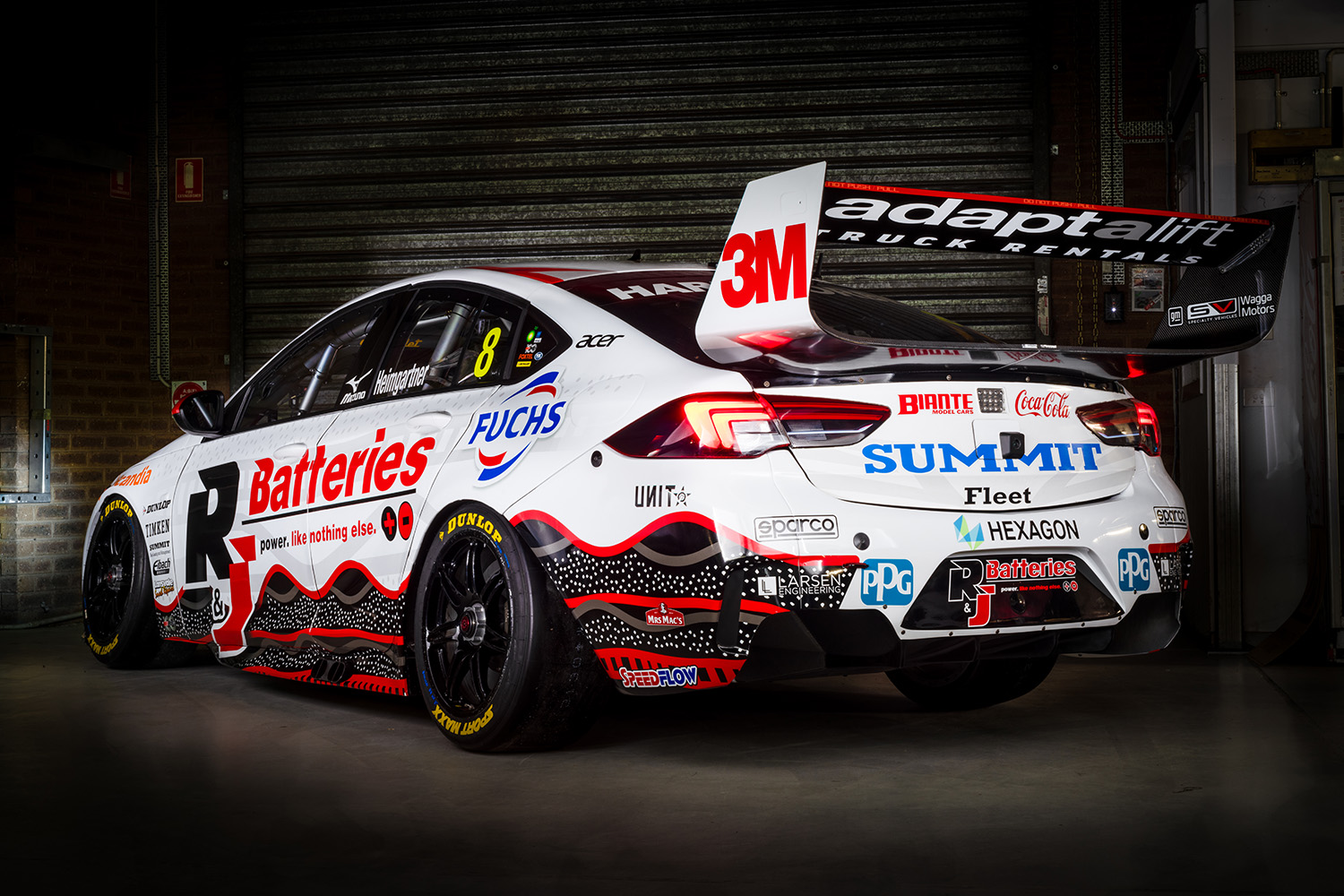 R&J Batteries director Ray Robson added, “Andre has had some great results in the last two rounds at Perth and in Winton, and we feel the Lava Lines artwork Ms Hudson has designed not only fits the R&J Batteries brand but also sits well with the form Andre has been bringing to the track.

“We are proud to be part of the Supercars Indigenous Round in Darwin. The car looks fantastic, and it is such a great reminder of the journey we are making as a nation toward reconciliation and recognition of our First Peoples.” 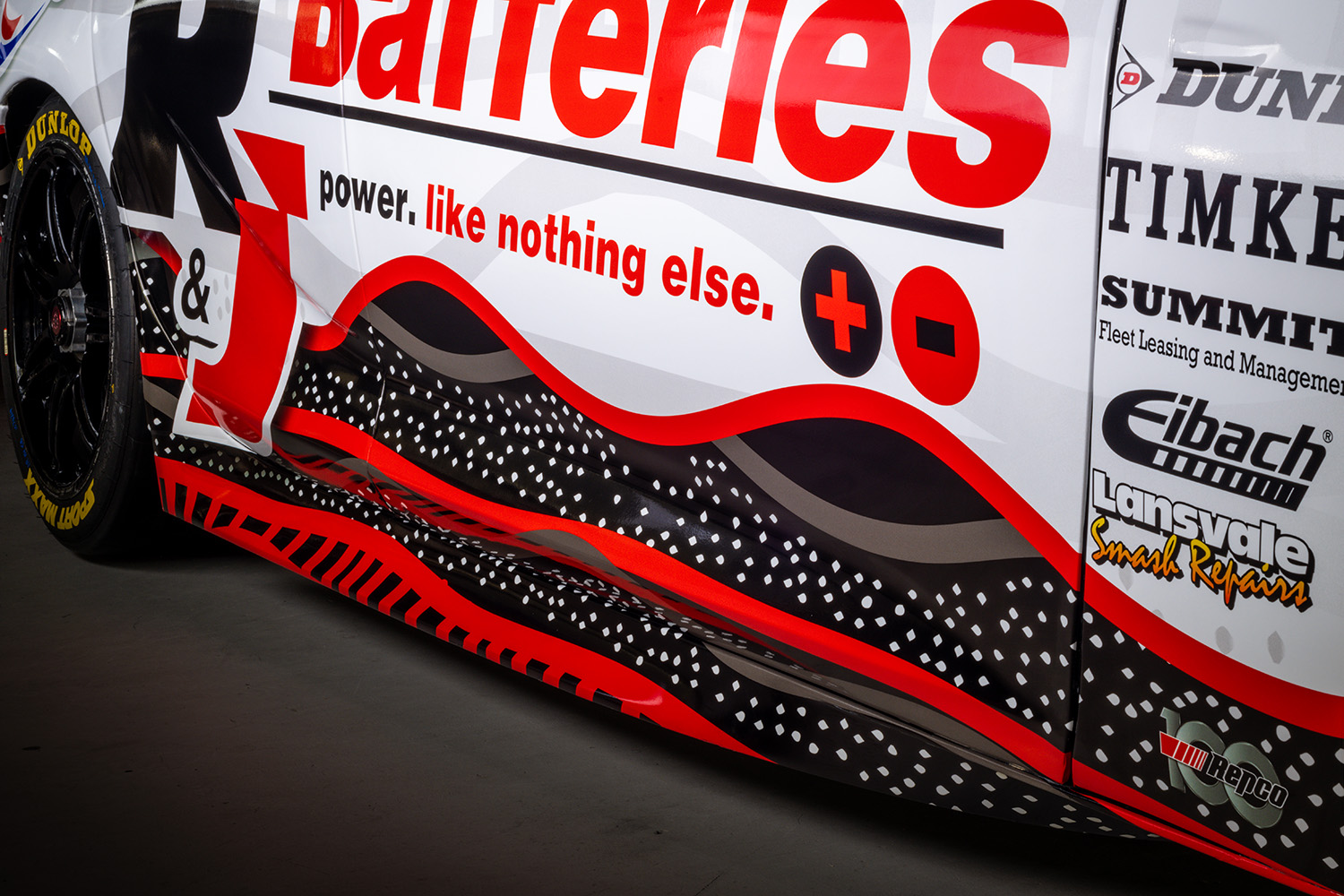 A close-up of the Brad Jones Racing entry