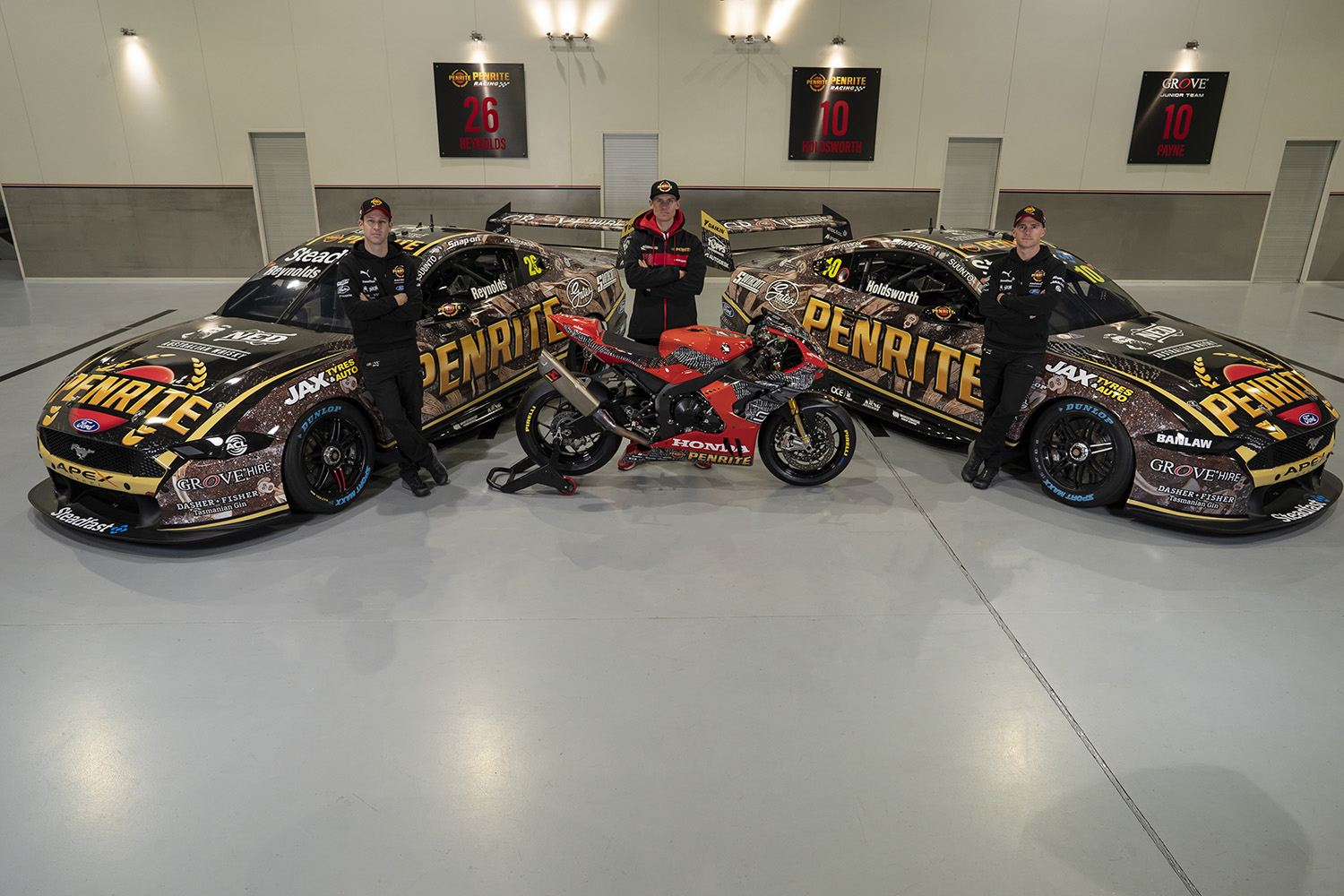 The Penrite Racing Supercars and Superbike

The respective Penrite-backed outfits, Grove Racing and ER Motorsports, will sport similar liveries at what is the inaugural Supercars Indigenous Round at Hidden Valley Raceway.

“The story depicted within the livery is based on ‘The First Bees’ and the ‘Freshwater Mermaids’ artworks created by Kabbindi,” Grove Racing wrote.

“To make her two separate artworks come to life across both our Supercars and Australian Superbike complex body panels the team utilised the talents of Peter Hughes and Tim Pattinson.

Former students visited the Grove Racing workshop in Braeside to get up close and personal with the team’s Ford Mustang Supercars pair and Honda Superbike.

The forthcoming event in Darwin is of particular significance for Reynolds, whose partner Tahan Lew-Fatt is of Aboriginal descent.

“I love the Indigenous Round concept,” said Reynolds.

“We’re celebrating the oldest living culture in the world which is very cool.

“My partner has a rich Indigenous heritage and is from Darwin so this round has a special significance for me.

“It was also good to give the MITS students a look an insight into our world at the workshop.

“I can’t wait to get on track at Darwin.”