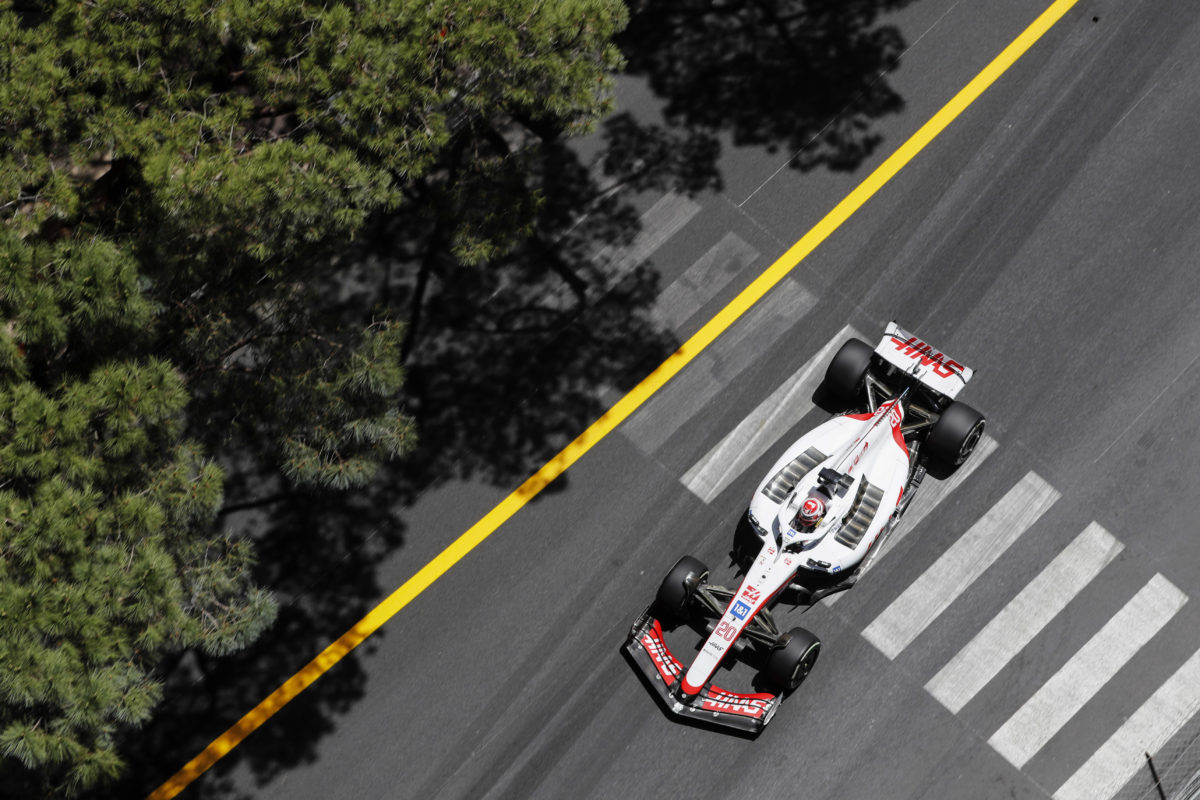 Haas is preparing for a high-risk event around the streets of Baku as Formula 1 heads to the Azerbaijan Grand Prix.

The American-registered operation suffered a double retirement in Monaco last time out, with a power unit issue crueling Kevin Magnussen’s chances after 21 laps.

Five laps later, a mistake from Mick Schumacher saw the German crash out in spectacular style at the Swimming Pool, tearing the rear end of the car away from the survival shell.

With Formula 1 heading to another high-risk venue, and with the Canadian Grand Prix set to follow just a week later, team boss Guenther Steiner has warned the squad can’t afford a repeat performance.

“The challenges are that you go from one continent to another, it’s a long trip and the team is working very hard to get it all done,” Steiner said of the challenge presented over the coming two weekends.

“It’s just down to having a good team around and working hard but it’s a challenge as they only have a few days to get set-up again and get going again for the next race.

Formula 1 is working towards a more logical flow to its calendar from 2023, grouping events by region where possible to simplify and streamline logistics.

For this weekend, Steiner is hopeful that the team’s VF-22 will prove competitive around the Jekyll and Hyde layout that is the Baku City Circuit

“I think with our car, we made good progress in Spain with the set-up of the car and it’s doing well in all circumstances at the moment.

“We need to hit the sweet spot on the set-up and I think we can have a good result like we were going to have in Spain and Monte Carlo if things had gone differently.”

Magnussen added: “I hope it’s going to be good – long straights, we’ve got a good engine from Ferrari so I’m not anticipating any problems. It’s a power-centric track with all the long straights there and power is very important.

“There’s always a lot of action in Baku – there’s a high risk of going off and having yellow flags, Safety Cars etc.

“Historically, there’s been a lot of safety cars and red flags. It always feels like there is extra opportunity in Baku than perhaps the average race.”

Following his disappointing end in Monaco, Schumacher is looking ease his way into the weekend.

“Baku and Monaco are very different, so it’s a matter of getting into the groove at the location,” he reasoned.

“I think Baku is going to feel big compared to Monaco, that’s for sure.”

The German last year finished 13th in a race that ended with high drama following a late red flag for Max Verstappen, who suffered a puncture – the second such incident of the race, Lance Stroll having suffered a similar fate earlier on.

Both happened down the long front straight, a favourite spot for overtaking with DRS having proved especially effective in previous years.

“We know that DRS this year isn’t as powerful as it used to be but I’m sure with the cars being able to follow closer, we’ll be able to arrive or stay closer to the car ahead in the last part of the race track and then maybe we won’t need that high DRS power anymore to get by into T1,” Schumacher said.

“We’ll just go with the flow and see how it goes.

“It was one of our highest finishes last season, so I hope with a more competitive car we’re able to be higher up as well and have a good race.”

Opening practice in Azerbaijan begins on Friday with Free Practice 1 from 21:00 AEST.