Rins in doubt for German MotoGP due to broken wrist

Rins in doubt for German MotoGP due to broken wrist 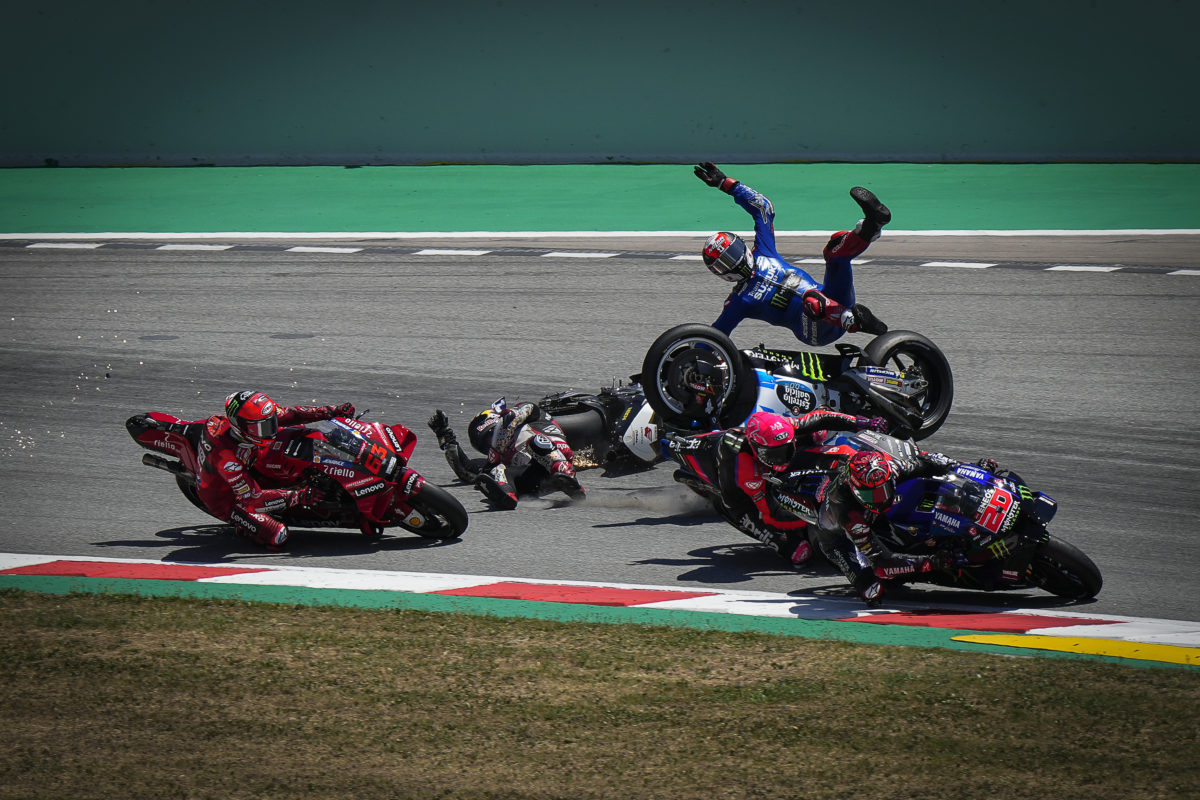 Suzuki Ecstar’s Alex Rins is out of the Catalunya post-race test and in doubt for the German MotoGP round after fracturing a wrist in a shocking first-corner crash.

His GSX-RR was wiped out by Takaaki Nakagami’s Honda when the Japanese rider lost the front end as he braked for Turn 1 on Lap 1 of the Catalan MotoGP.

Nakagami’s own head hit the rear wheel of Francesco Bagnaia’s Ducati, making for a three-rider crash, but “no serious head injuries [have been] detected”, according to LCR’s last update.

Rins, however, is in danger of also missing the German MotoGP, which takes place just under a fortnight from now (June 17-19) at the Sachsenring.

“Following the big crash he suffered at Turn 1 of the Catalan Grand Prix, Alex Rins underwent tests at the Hospital Universitari Dexeus in Barcelona,” read a Suzuki statement.

“Initial checks found a fracture in the pyramidal or triquetral bone of his left wrist with no displacement.

“A further magnetic resonance (MRI) scan confirmed there was no ligament damage sustained.

“Checks were also made to his left ankle after Rins reported pain; this proved to be inflammation.

“Rins will begin a program of recovery which will include his wrist being immobilised, regular icing and electromagnetic therapy, anti-inflammatory medication, and rest.

“He will undergo further assessments and checks ahead of the next Grand Prix in Germany in two weeks’ time.”

“We performed a clinic, radiological, CT and MRI examinations which confirm: fracture of the body of the pyramidal bone of the left carpus, with significant perifracture bone edema.

“We believe it should be treated with rigid immobilisation and electromagnetic therapy for 10 days, performing another examination after this period of time.”

Bagnaia rode back to the pits but retired anyway, while stewards opted to take no further action against Nakagami.

Fabio Quartararo won the race but Aleix Espargaro threw away an almost certain podium when he started celebrating a lap early.