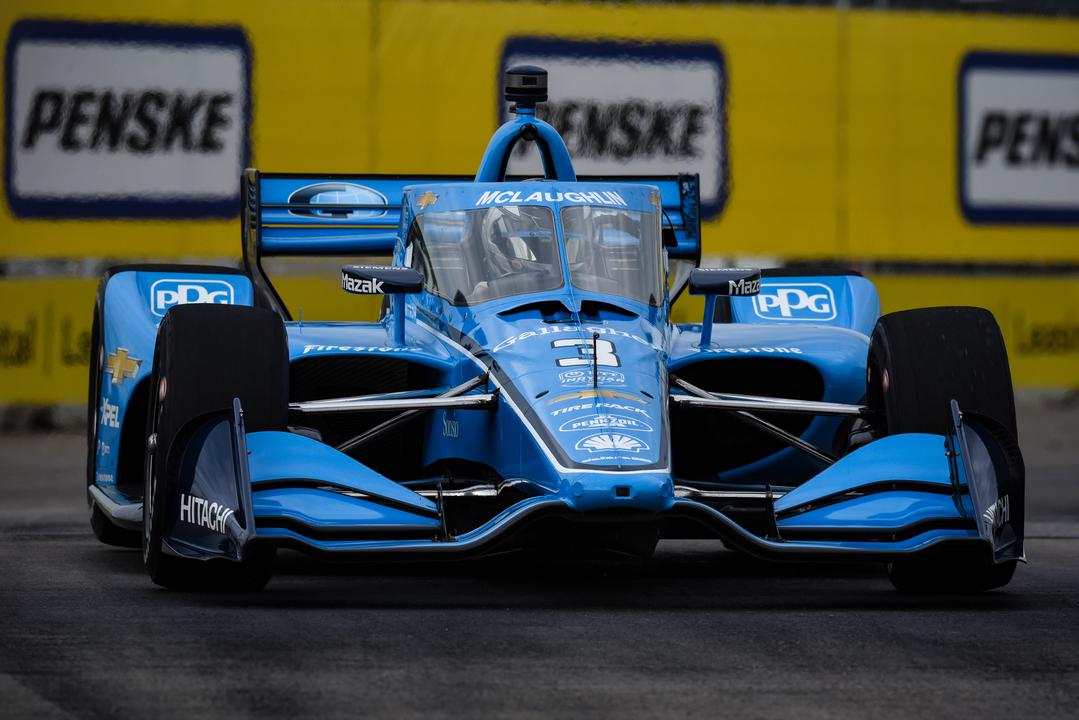 Scott McLaughlin says his Detroit IndyCar race was “destroyed” by the error which he made just before his first pit stop.

The New Zealander qualified 10th in somewhat unfortunate circumstances and had already lost several positions to those who started behind him on primary tyres, or had already changed to them, when his day unravelled completely on Lap 18.

A big lock-up at Turn 3 saw him head for the run-off area, after which he had some trouble getting back on the track when he got snagged in a tyre barrier.

McLaughlin pitted immediately at the end of that lap to discard his worn-out red tyres and resumed a lap down in 25th position.

From there, he barely recovered, taking the chequered flag in 19th as Team Penske team-mate Will Power hung on for a masterful strategic victory.

“Unfortunately, a tough day for us but at least one Team Penske car did win for Team Chevy in the final Chevrolet Detroit Grand Prix,” said the erstwhile series leader.

“That was the main goal for everyone.

“But yes, disappointing for us in the Gallagher Chevy. We were thereabouts all weekend and I just made one mistake that just absolutely destroyed us.

“I am really disappointed but the great thing about back-to-back weekends is that we have another go next week. We will reload and get going.”

.@smclaughlin93 goes to the back of the field after this issue in the runoff.

McLaughlin is now 10th in the series standings, 82 points behind Power, who has returned to the top of the points table with his victory.

The eighth event of the season takes place this coming weekend (June 10-12, local time) at Road America, with live and ad-free coverage on Stan Sport.