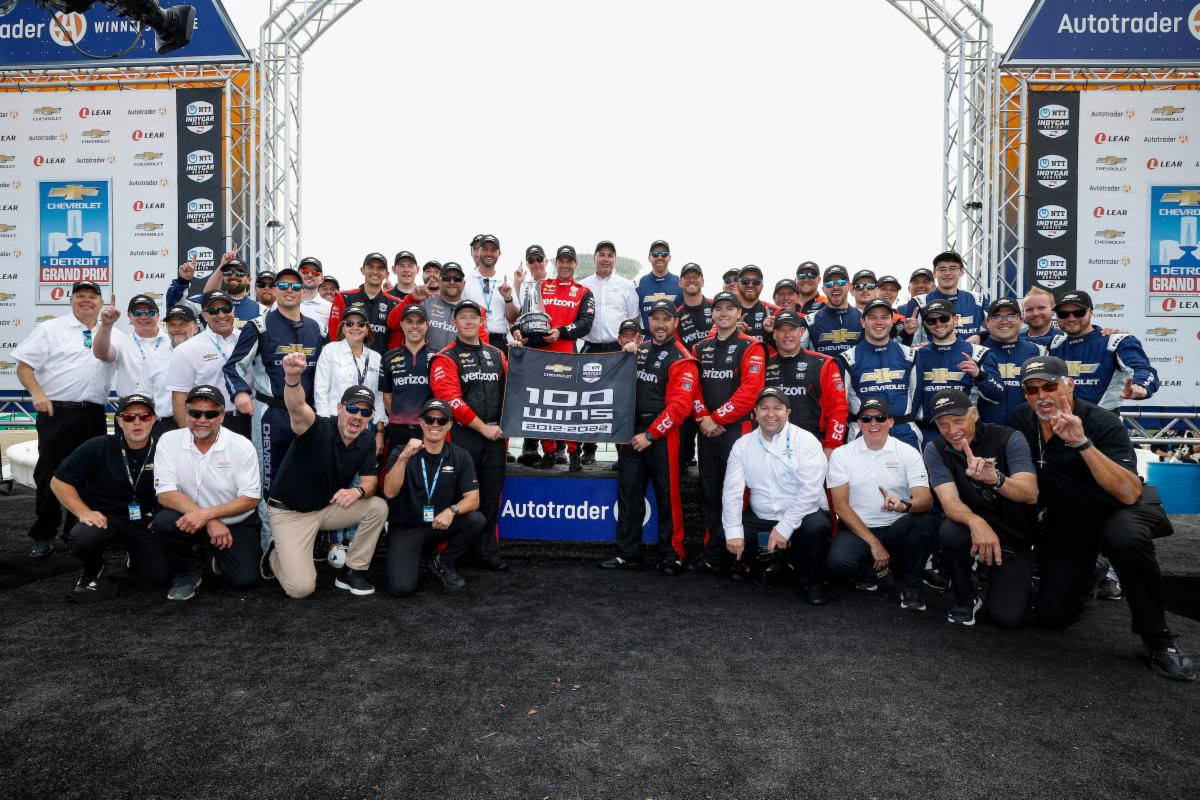 Chevrolet has heaped praise on Will Power and Team Penske after they delivered the Bowtie’s 100th win since returning to IndyCar in 2012.

Power was masterful as he came from 16th on the grid to take a one-second victory on an unfancied black-black-red tyre strategy in the Detroit Grand Prix.

Making the triumph even more special for Chevrolet, it came in the American manufacturer’s home city, at the event for which it holds naming rights.

The race was also the last on Belle Isle before IndyCar moves downtown from next year to a track which incorporates streets used by Formula 1 in the 1980s.

“We will always remember this last race on Belle Isle,” said Jim Campbell, Chevrolet’s US vice president performance and motorsports.

“Not only was it our 100th win since returning to the series, but it was also such a strong run by Will Power and the No. 12 Verizon 5G Penske team.

“The team put together a great strategy, and Will ran it exactly the way it was drawn up. And it wasn’t easy.

“One hundred wins in a little more than 10 years in a very competitive series is a pretty incredible achievement.

“And it happened in our very own backyard, in front of so many Chevrolet vehicle owners, employees and supporters. This one is special.

“I’d like to thank all of the Chevrolet engineers, our partners at Ilmor and all of the drivers, crew chiefs, teams and owners who have contributed to all of those wins over the past decade.”

Detroit was also the scene of Chevrolet’s 25th and 50th wins in the 2.2-litre V6 engine era, while the 100th comes after 170 races, in which the marque has competed against Honda and briefly also Lotus.

Power has contributed 26 victories of that century, four more than the next most prolific in the haul which is team-mate Josef Newgarden on 22.

Chevrolet has won five of the seven races in the year to date and leads the manufacturers’ standings by 595 points to 542.

Next year is the last of IndyCar’s 2.2-litre era before the series moves to 2.4-litre units with supplementary hybrid power, a ruleset both of the incumbent engine suppliers have committed to.