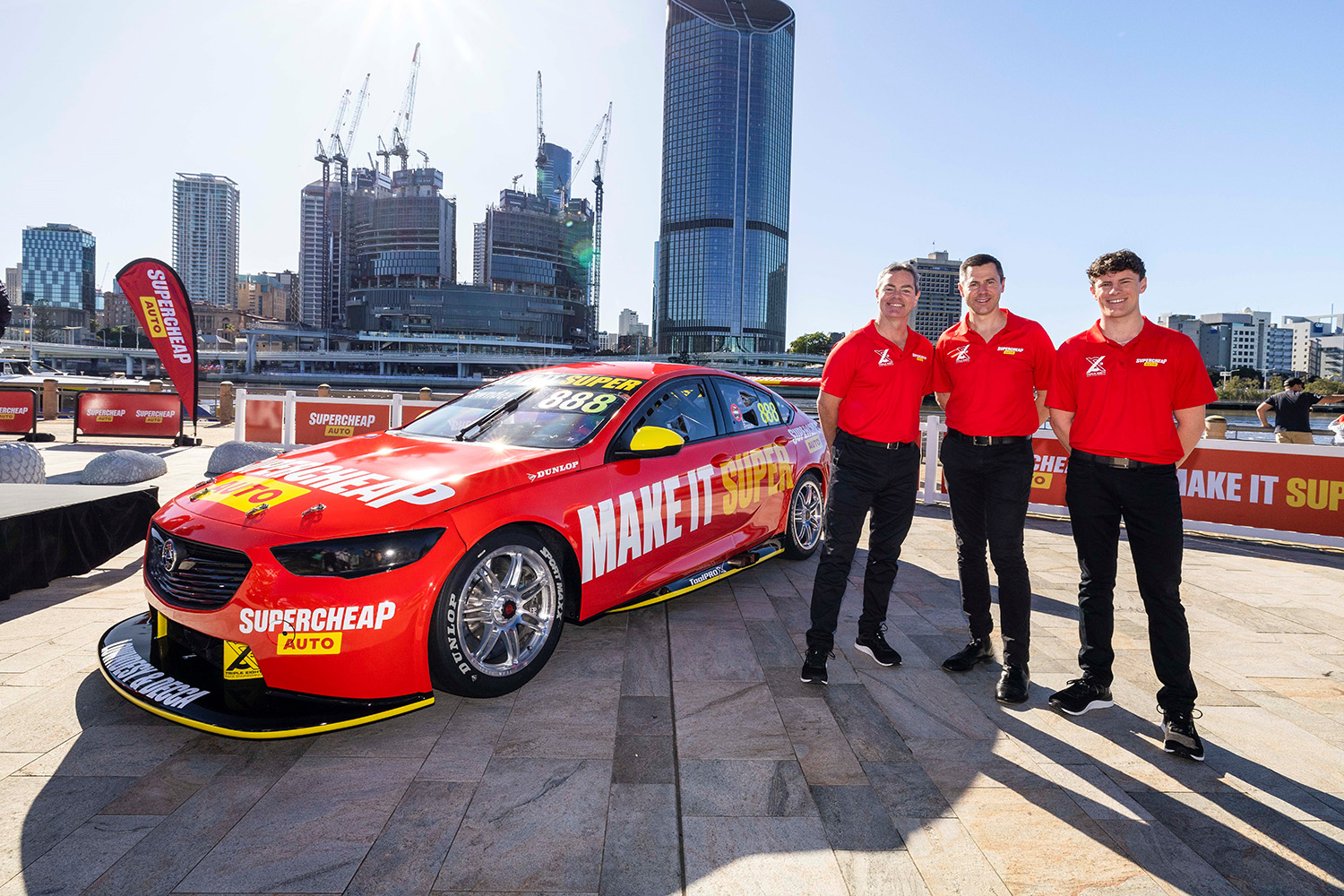 Following on from the success of the Supercheap Auto campaign last year where Russell Ingall and Broc Feeney were in contention for a top 10 result before crashing out late, it’s another case of a champion partnering a rising star.

Lowndes is the headline act, with Jamie Whincup taking over co-driver duties in the #88 Red Bull Ampol Racing ZB Commodore.

Accordingly, the wildcard will don the iconic #888 associated with Lowndes.

“I’m thrilled to be teaming up with Declan for the Great Race, and I’m so excited to guide him on his journey into the Supercars,” said the seven-time Bathurst 1000 winner.

“I’m also thrilled to be representing Supercheap Auto at The Mountain for the first time in my career.

“It will feel a little strange not being in a Red Bull Ampol car for the first time in a long time, but we’re all one team here at Triple Eight.

“It’s no secret the affinity I have with Bathurst and Mount Panorama, it’s the racetrack that means more to me than any other place.

“I also think we’re going to be a competitive pairing. Declan has shown some great speed and composure in his Super2 career – two traits you need to win Bathurst. We have every intention of being right in the mix and giving the fans something to cheer about.”

Fraser drives for Triple Eight in Super2 and holds second in the standings following a solid first two rounds of the season.

He was selected ahead of Super2 team-mate Cameron Hill to score the dream opportunity.

“I grew up watching Lowndesy at Bathurst like every other kid did, so to see my name on the side of this car alongside his heading to Bathurst is super special, surreal even,” said Fraser, who is expected to be the car’s primary driver.

“I’m excited to get everything underway and see how it all pans out.

“To be associated with such a massive brand in Supercheap Auto, and for them to back me when they had a lot of drivers to choose from is an amazing feeling. I can’t thank them enough for enabling me to kickstart my career in Supercars in a pretty big way.

“My aim is to hone my skills over the next few months to make sure I’m fully prepared by the time I get to Bathurst.

“We get a couple of extra test days being a wildcard entry which will be good for myself to get familiar with the ZB Commodore, but at the moment there’s still a few Super2 rounds that I need to focus on.

“I also want to thank my family, my partners past and present, and the entire team at Triple Eight. This is an amazing opportunity that’s been presented to me, and I’m going to grab it with both hands.” 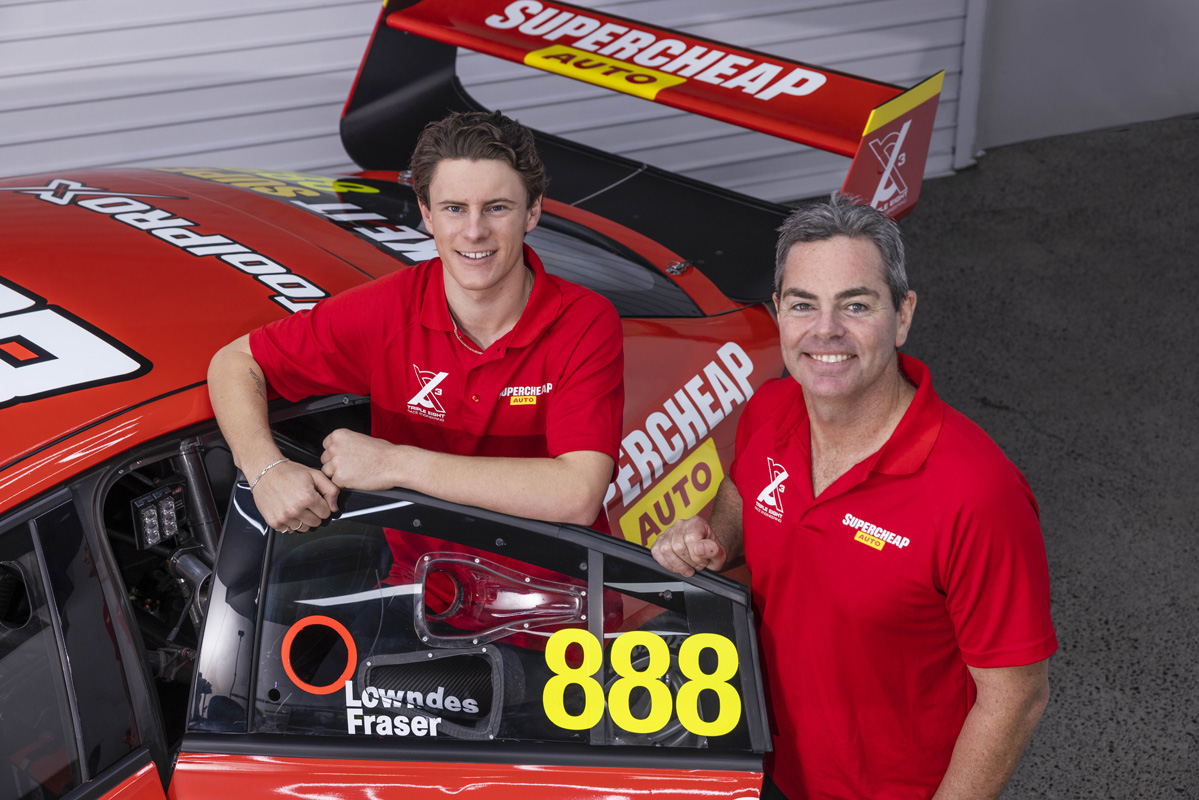 “Supercheap Auto has been a valuable partner of Triple Eight for the past 18 months, and I’m so glad we’ll see a return of their wildcard entry at Bathurst,” said Whincup.

“I think having another unique combination of youth and experience with Declan and Craig will not only turn plenty of heads but will be competitive.

“Declan will get valuable miles in Super2 this season and get his debut at the Bathurst 1000 with one of the sport’s most successful drivers.

“Don’t get me wrong, this is going to be a very competitive pairing for the Great Race.”

Added Supercheap Auto managing director Benjamin Ward: “The Supercheap Auto wildcard entry is about bringing our team and fans together to share our passion for the Bathurst 1000.

“We love this sport and its fans, and we are always looking to capitalise on our amazing partnership with Triple Eight in the Supercars Championship.

“To have a legend of the sport like Craig representing our brand this October will be a dream come true for all of us here at Supercheap Auto.

“Craig’s partnership with an up-and-comer like Declan, at the infamous Mount Panorama circuit, is the ideal storyline for our wildcard programme which continues the theme of pairing youth with experience.

“We hope fans get behind Lowndesy and Declan and follow us on this journey to the Great Race.”