Grosjean confused as to why he suddenly ‘sucked’ in qualifying

Grosjean confused as to why he suddenly ‘sucked’ in qualifying 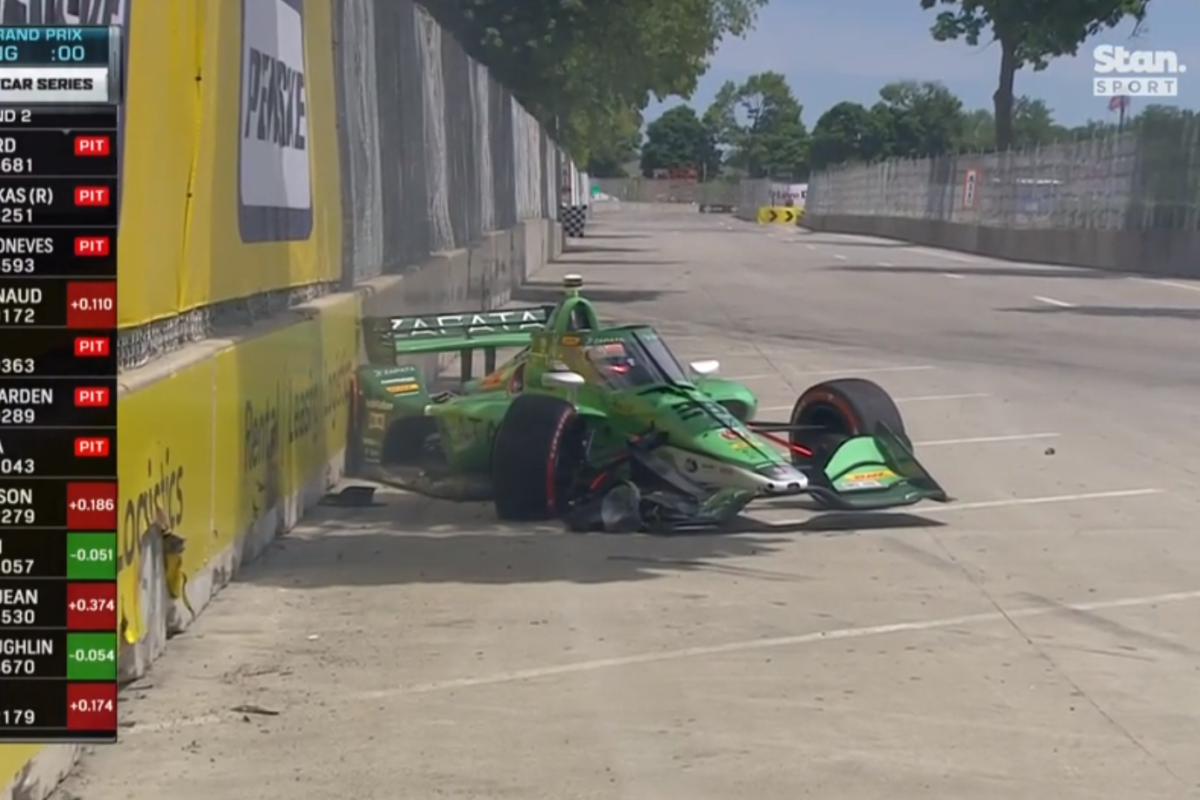 Romain Grosjean has been left confused by the circumstances which caused him to crash heavily in qualifying for IndyCar’s Detroit Grand Prix.

The Andretti Autosport driver is set to start the race from 12th position after clouting the wall with the chequered flag out in Round 2 of qualifying, having lost his fastest two lap times for the red flag which that triggered.

It was an incident which had broader ramifications for the starting order, with the likes of Scott McLaughlin, Scott Dixon, and Grosjean’s team-mate Alexander Rossi all looking as though they could improve on their final lap and potentially find a way into the Fast Six.

That was not to be, while Grosjean would wonder why he “sucked”, to use his own words, in the session.

There was no mystery as to why he spun hard into the Turn 13 wall, once the #28 Honda broke a toe link when he hit the wall exiting Turn 12.

“It was a decent hit,” Grosjean said on the Peacock telecast just after leaving the medical centre.

“We were really good in FP1 [Friday practice], really good this morning [Practice 2], and just the car let go.

“I don’t know why we just couldn’t keep going”

“The rear end snapped on us; we just need to analyse, understand, and get better, because obviously that’s not what we want.”

Grosjean will start just behind McLaughlin on the road, given the Team Penske driver was classified 10th in the session.

The next session is the Warmup, on Monday morning at 00:15 AEST, followed by the Race itself at 05:45 AEST.

Stan Sport’s live and ad-free coverage of that 70-lap encounter begins at 05:00 AEST.