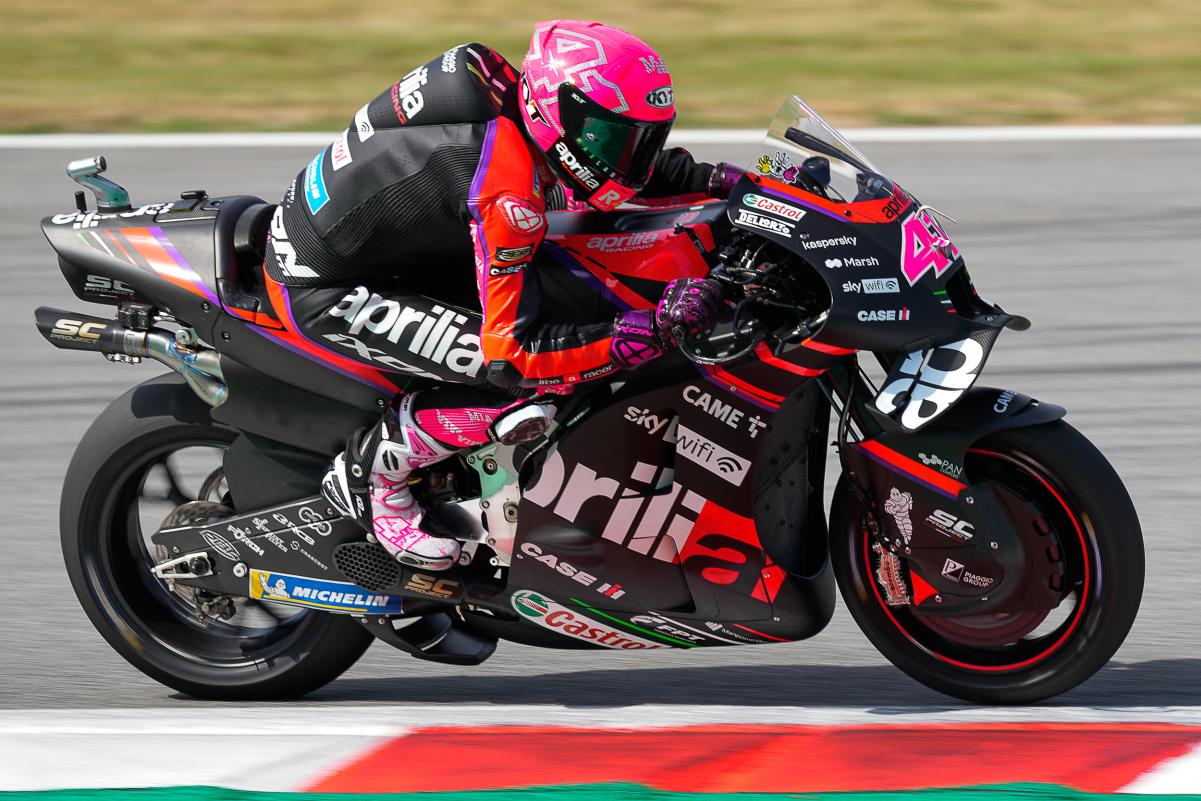 Aprilia rider Aleix Espargaro has broken the All Time Lap Record on his way to pole position at the Catalan MotoGP.

He beat Francesco Bagnaia by a slim margin in Qualifying 2 at the Circuit de Barcelona-Catalunya while the latter’s Ducati Lenovo team-mate, Jack Miller, ended up 11th.

With Enea Bastianini (Gresini Ducati) failing to get out of Qualifying 1, pole position was essentially a contest between Aleix Espargaro, Monster Energy Yamaha’s Fabio Quartararo, and Bagnaia.

Those three were covered by just 0.012s after their first runs, Quartararo the pace-setter with a 1:39.055s from the Ducati pilot and his Aprilia counterpart.

Bagnaia went to the top at the start of his second run with a 1:38.787s, 0.016s slower than Aleix Espargaro had gone when he broke the circuit’s outright lap record in Free Practice 3, but that marker would not stand.

Instead, Aleix Espargaro further lowered the record time to a 1:38.742s when he headed back out and, despite an error on his last lap which left him somewhat vulnerable, that was the pole time.

Bagnaia did in fact find more pace himself, but only enough to set a 1:38.773s, while Quartararo secured the other front row berth with a 1:38.959s.

Nakagami had joined Viñales in escaping Qualifying 1 but Bastianini did not, and is set to start from 14th.

Remy Gardner (Tech3 KTM) earned 20th on the grid, four spots up on team-mate Raul Fernandez, with a 1:40.113s which was just over a second away from the Q1 top two cut-off.

Alex Marquez (Castrol LCR Honda) did not qualify after a high-speed crash at Turn 14 in Free Practice 4.

Race start is scheduled for Sunday night at 22:00 AEST.