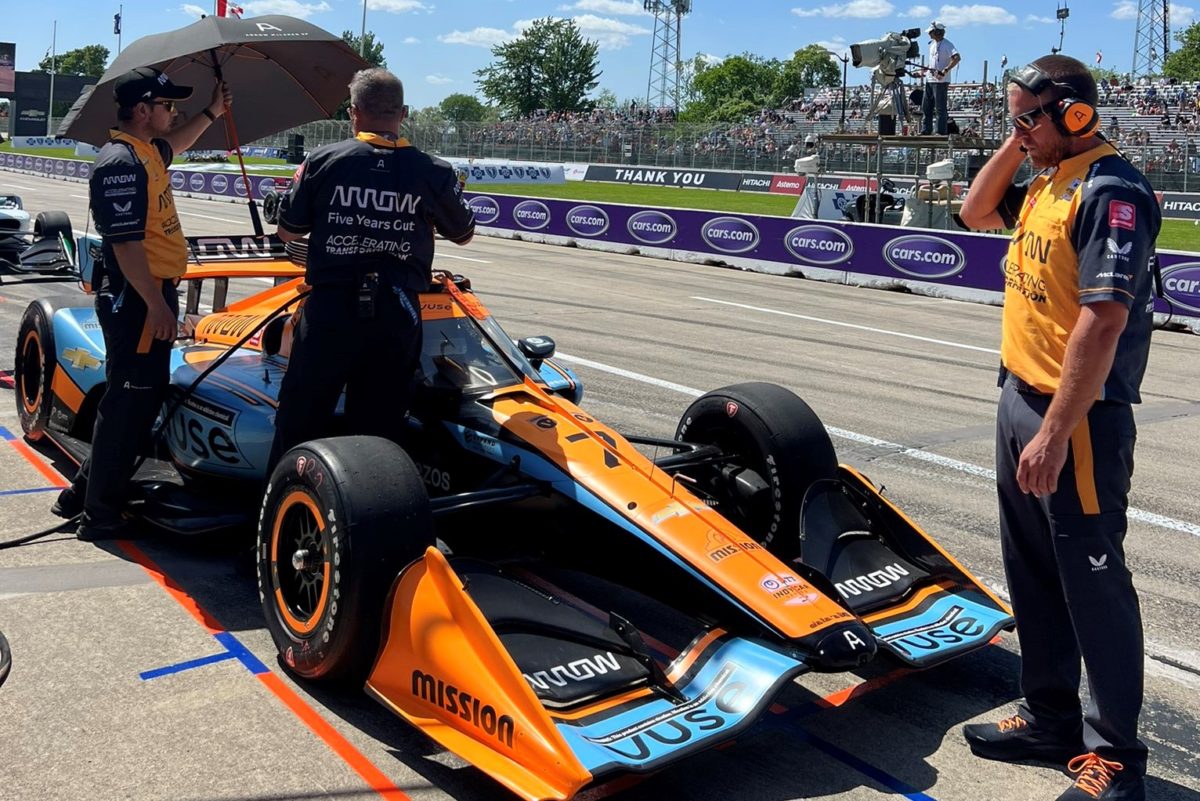 Felix Rosenqvist admits his crash in Practice 1 for IndyCar’s Detroit Grand Prix was a simple case of pushing too hard, too early.

The McLaren SP driver lost the rear going through Turn 1 of the Belle Isle street circuit, which is being used for the last time this weekend, and skated into the tyre barrier.

He was unhurt, although he took no further part in the session.

“I brought too much speed and it was too early in the session, tyre temps weren’t really there yet. It was a stupid mistake, to be honest.

“I think we will be fine but it’s a shame. The No. 7 Vuse Arrow McLaren SP Chevrolet team will get everything fixed and we will be ready for tomorrow.”

In better news for McLaren SP, Pato O’Ward was second-quickest for the session in its #5 Chevrolet, 0.0211s off the pace set by AJ Foyt Racing’s Kyle Kirkwood.

“Unfortunate start for Felix to begin the weekend like that,” remarked team president Taylor Kiel.

“Not quite sure what happened yet, but we will look into it. It looked minimal. No concerns on getting him back tomorrow.

“It was a good session for Pato, and he was happy with the car balance,” added Kiel.

“The car was really good out of the box. Kudos to the No. 5 Arrow McLaren SP team for putting us in a position to compete right away.

“P2 at the end of that session, and it looked like Kirkwood beat us with a new set of tyres.

“Nothing to be concerned about and off to a good start to the weekend on one end and have some work to do on the other.

“The cars are good and we are in the window.”

Kirkwood and O’Ward finished up three tenths of a second clear of Andretti Autosport’s Alexander Rossi, who was fastest of the Honda-powered drivers.

Check out this big moment that brought out the red flag with @FRosenqvist ending his day in the tire barrier.