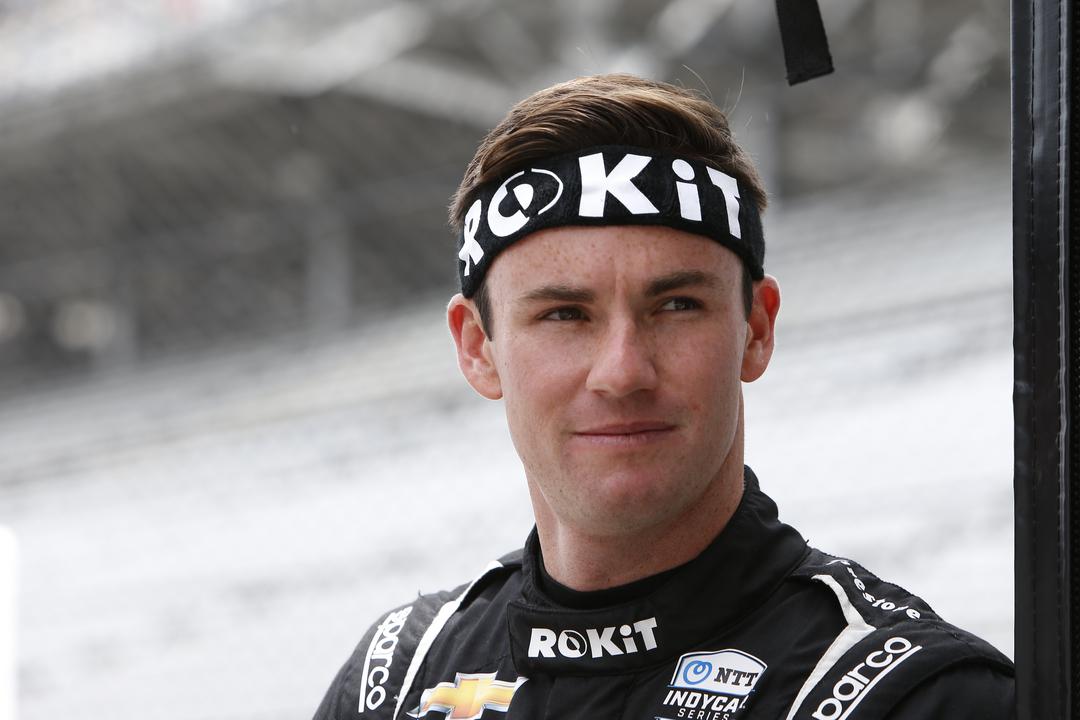 Kirkwood clocked a late 1:16.1345s in his AJ Foyt Chevrolet while the driver who he has just been confirmed as replacing at Andretti Autosport next year, Alexander Rossi, ended up third on a 1:16.5146s in his Honda.

They were split on the timesheet by Pato O’Ward (McLaren SP Chevrolet), who was just 0.0211s off the pace, while Scott McLaughlin was best of the Team Penske trio in eighth in his Chevrolet.

What turned out to be a good session for one AJ Foyt Racing driver started badly for another, Dalton Kellett drawing an early red flag when he stopped at Turn 5 due to an electrical issue with his steering wheel.

Helio Castroneves spent a sizeable chunk of the session on top, including a red flag period caused when Meyer Shank Racing team-mate Simon Pagenaud stopped in the Turn 7 run-off area, then Rosenqvist’s crash.

The Swede got loose through Turn 1 and would put his McLaren SP Chevrolet into the tyre barrier, although he was unhurt.

Check out this big moment that brought out the red flag with @FRosenqvist ending his day in the tire barrier.

McLaughlin improved to a 1:16.9552s on his penultimate lap, with the top 10 rounded out by Romain Grosjean (Andretti) and Scott Dixon (Ganassi), while Alex Palou (Ganassi) was 12th, Will Power (Penske) 14th, and Josef Newgarden (Penske) 16th.