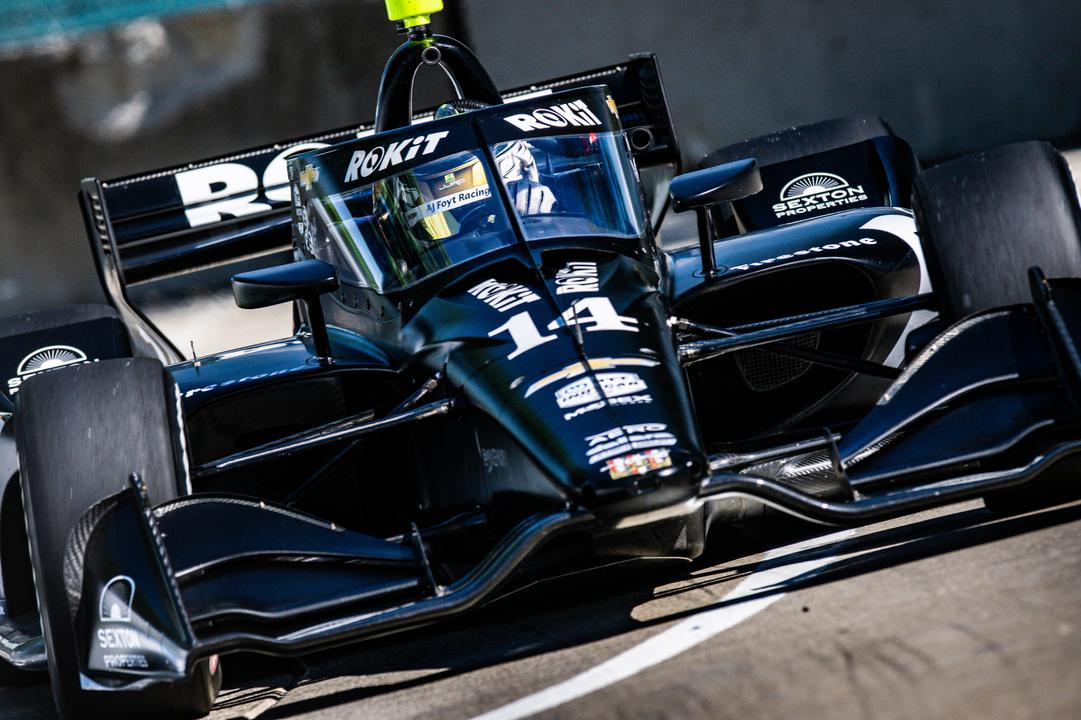 Detroit practice fast man Kyle Kirkwood says his newly announced deal to drive for Andretti Autosport next year is no distraction from his rookie IndyCar campaign at AJ Foyt Racing.

Kirkwood set the pace in Practice 1 on the streets of Belle Isle, two days after confirmation that he will replace 2016 Indianapolis 500 winner Alexander Rossi at Andretti in 2023.

Unsurprisingly, he claims that deal has long been in his pocket, and hence does not change much at all as far as his outlook on the rest of the current season is concerned.

“For me it’s really just not a focal point at all,” said the man who won the 2021 Indy Lights title with his future IndyCar team.

“To me it hasn’t changed anything. It’s been some time now that we’ve actually did it.

“Right now, we’re doing solid. Obviously, the focus is still with AJ Foyt Racing and the Rokit Chevrolet because all I want to do is win for the team because they worked really hard for it.”

Kirkwood edged McLaren SP’s Pato O’Ward by 0.0211s in opening practice for the Detroit Grand Prix, although he admits that he used more new rubber to do so.

“We knew we were going to be solid here based on performances from last year; quite happy with the way that ended up.

“Granted, we did do it on two sets of tyres; wish I could say we did it on one.

“The car felt good, the entire session. We were tuning it in.

“Right there at the end felt like there was still a lot left in it, so quite happy with that outcome.”

The 23-year-old is in the unusual position of being on double duty this weekend, sharing a GT3-spec Lexus RC F with Ben Barnicoat in the GT Daytona class of the IMSA SportsCar Championship.

Kirkwood is similarly unfazed by that transition.

“It’s very quick,” he said of the feeling of going from the Lexus to the Dallara.

“Now, if I was doing DPi and trying to go to an IndyCar, I think that would be a lot harder based on they’re both high-downforce cars, high-grip.

“The fact I’m going from a GT car that has traction control, ABS, super heavy, it’s doing 14 seconds a lap slower… It feels like I’m driving a road car out there compared to the IndyCar.

“If anything, it’s beneficial just to get track time; obviously learned the track a little bit quicker.

“Everyone has been here for the most part, but at least for this year I got a lot more laps than the rest of the guys to start off the session.”

IndyCar Practice 2 starts tonight at 22:30 AEST, ahead of Qualifying from 02:35 AEST on Sunday morning, with both of those sessions live and ad-free on Stan Sport.