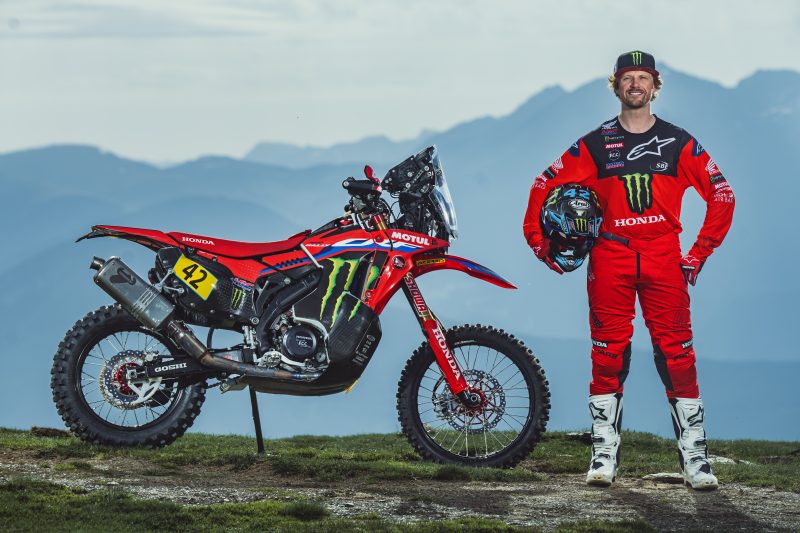 Honda has announced the signing of former Yamaha rider Adrien Van Beveren for its factory offroad team which competes in the Dakar Rally.

The Frenchman has two fourth position finishes to his name in the Dakar, in 2017 and also this year, when he was Yamaha’s highest-ranked rider.

However, the Iwata marque announced in the following month that its offroad motorcycle programme had come to an end, although it will continue to have a presence in Dakar’s SSV class.

“I am really happy and excited with this opportunity,” he said.

“I feel proud to become a Honda Racing rider, since HRC is the worldwide competition factory reference. I am sure it will be an incredible experience.

“To seat a red bike brings me good memories, since I had a Honda when I was eight years old.

“In addition, it’s great to have Monster Energy onboard – I’ve been riding with them for more than 10 years.”

Team general manager Ruben Faria commented, “We are very pleased with this announcement and we have already completed together the first tests with the Honda 450 CRF Rally.

“There is great harmony in the team and I am sure Adrien will help us to achieve our competitive goals.”

Van Beveren looks to have taken the place of Joan Barreda Bort, who finished one position behind him in Dakar 2022 after persevering with shoulder pain caused by a big crash on Stage 5.

Barreda missed March’s Abu Dhabi Desert Challenge to recover from that incident, and Honda is waiting for him to decide whether to continue on motorcycles or switch to cars, reports Spain’s Marca.

The outline of the 2023 Dakar route will be unveiled this Monday morning (AEST).