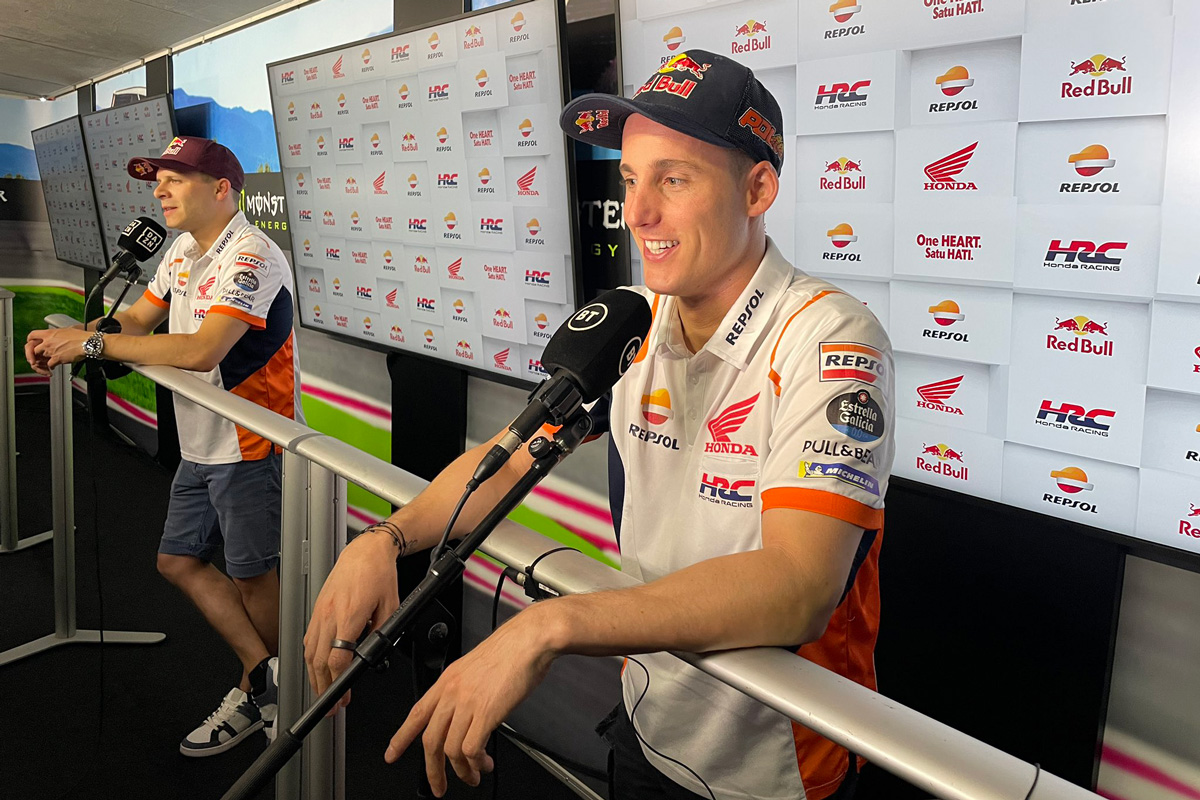 Marc Marquez ran with a new swingarm and chassis last time out at Mugello.

With the six-time champion ruled out of this weekend’s Catalan Grand Prix and replaced by Stefan Bradl, those parts have been shifted to LCR Honda rider Nakagami instead of Marquez’s Repsol Honda Team stable-mate Espargaro (or even Bradl).

The #44 rider, who appears to be on the outer for 2023, seemed to be undeterred by the decision.

“In the last race Marc was testing a new chassis and swingarm, especially this last part has some improvement, more than the chassis, and Honda’s decision is to pass the parts to Taka, who is also a factory rider,” said the younger Espargaro brother.

“I’m going to keep fighting with the tools I have, just as I have done since the beginning of the season and that’s it, that’s all.”

When pressed further, he said on multiple occasions that it’s not his job to decide how upgrades are distributed nor to explain how such decisions are made.

He added: “Of course I want the latest on my bike and as much new stuff as possible to improve the situation, especially when the situation is not going well.

“What you want is to have a lot of new parts to turn it around, this is not happening and we only have a new chassis and swingarm and Taka is going to use them.

“It is what it is, I’m not saying it in an angry tone or anything, it’s a Honda decision, I accept it and I’ll ride as fast as I can with the bike I have in the box.”

The 30-year-old sits 12th in the championship, one position and two points ahead of Nakagami.