Australian Touring Car legend Dick Johnson has led a chorus of tributes for Queensland-based motorsport stalwart Mike Collins who has lost his battle with cancer.

Collins, who was the driving force behind the establishment of the Leyburn Sprints with his wife Ann 27 years ago, and was a regular Trans Am competitor.

Their daughter Tricia has been a long-time and successful Trans Am competitor and has been the family’s most recent contributor to the ongoing development of the Leyburn Sprints.

Collins squeezed as much as he could out of his life and attended both the Australian Grand Prix and Targa Tasmania as a spectator this year.

He was attending Trans Am events up until and including races at Queensland Raceway last weekend.

“Mike was one of a kind,” said Johnson, a five-time Australian Touring Car Champion.

“I don’t think you could meet a more generous guy and what he and Ann did to establish the Leyburn Sprints was incredible. That event will be a terrific legacy to them.

“He just loved motorsport and really got amongst it. Packing up a car and taking it to Pikes Peak is no small feat, let me tell you.

“As sick as he was, he came out to Queensland Raceway last weekend to see us. He was that sort of guy.” 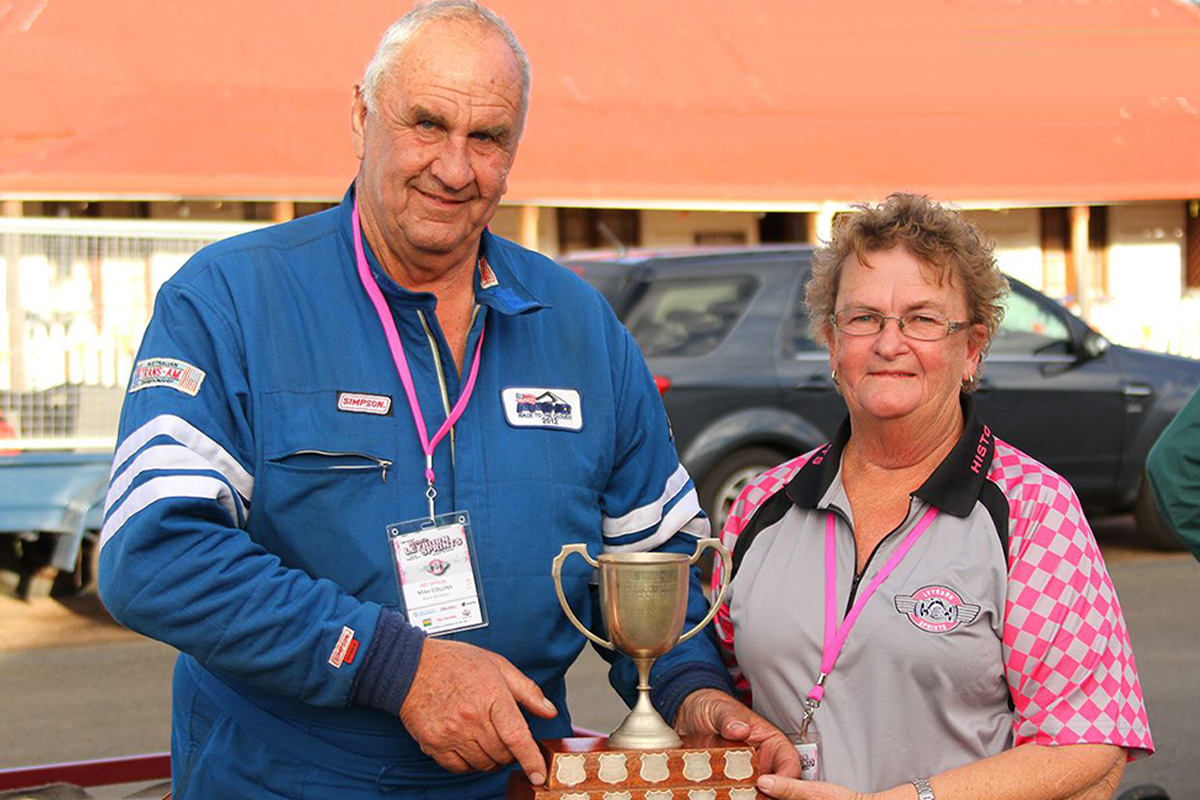 Collins, 74, established a successful hay contracting business in the Darling Downs, Collins Hay, and was a respected member of the Queensland farming community.

“Big Mike was known as a gentleman and a gentle man, who was popular with the thousands of competitors who attended the Leyburn Sprints over the years,” said Nixon.

“His devotion to continually developing the Sprints left a rich legacy for Leyburn, raising hundreds of thousands of dollars for the community and putting the town back on the map after the glory days of the 1949 Australian Grand Prix.”

Speedcafe.com owner and founder, Brett “Crusher” Murray, had a friendship with Mike which stretched over more than two decades.

“Mike Collins was a mountain of a man, with a heart to match,” said Murray.

“You could not meet a more passionate motorsport competitor who also had a great sense of community.

“I loved working with him and Ann in the early days of the Leyburn Sprints and it was always terrific to sit down and just chew the fat every time I saw him.

“Heading out to Leyburn this year knowing he will not be there will just not be the same.”

Collins remarried to Lynn, in June last year and the pair shared several motorsport and travel experiences – many times combining the two.

Collins’ funeral will be at the Leyburn Catholic Church, 5818 Toowoomba Karara Road, Leyburn, at 10:00, Friday, June 10.