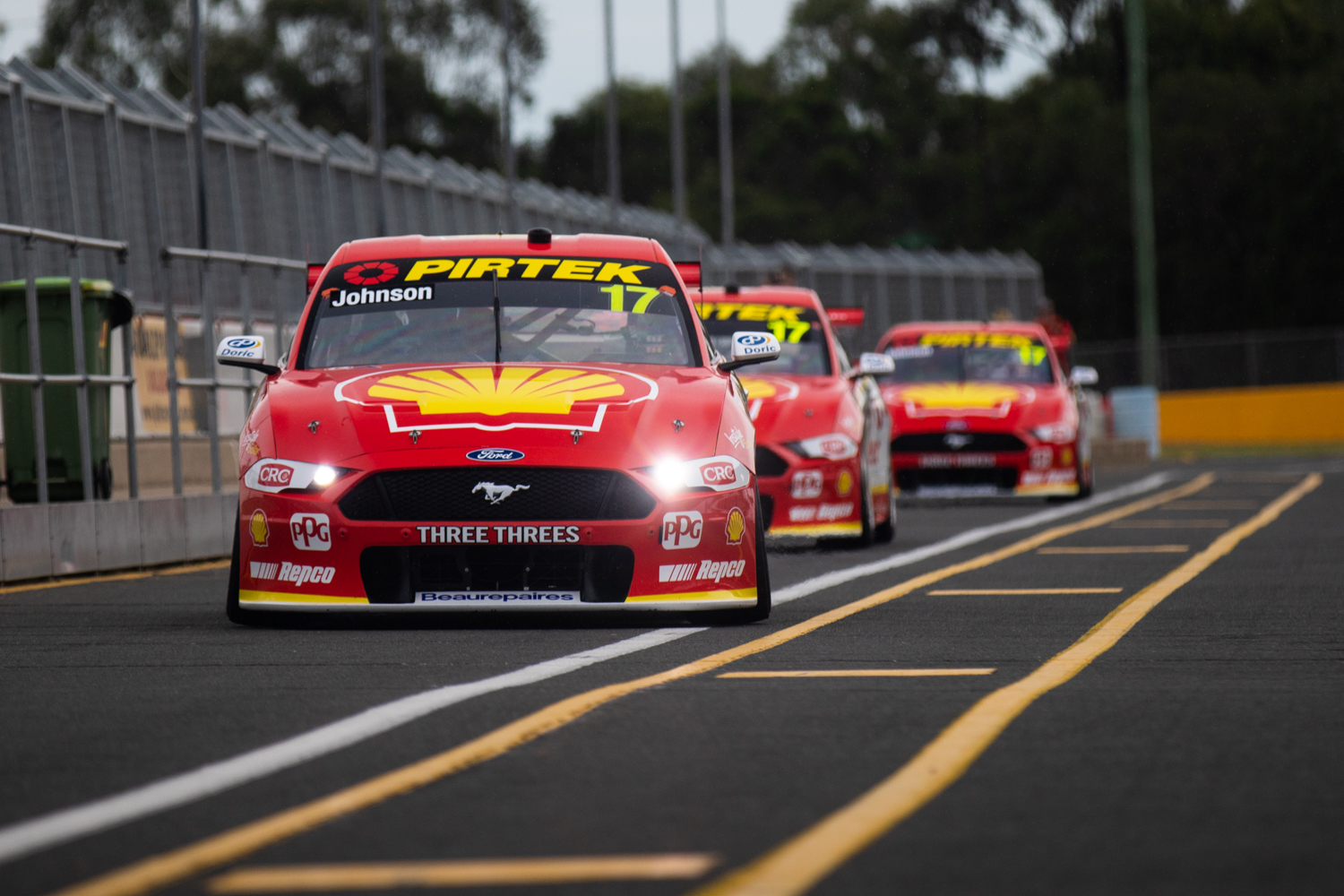 The three #17 Mustangs driven by the Johnsons

There were plenty of keen onlookers this week as three generations of Johnson shared a race track in Supercars machinery for the first and perhaps only time, but none more committed than Brett Gleeson.

The 46-year-old flew himself and son Ryan up from Sydney to watch on at Queensland Raceway as Dick Johnson, Steven Johnson and Jett Johnson took to the track on Monday.

It was only the preceding Friday that the team had teased the prospect, and Gleeson spent the days between cheering on Jett as he raced in the Turtle Wax Trans Am Series at Sydney Motorsport Park.

His outlay for the QR occasion was in the vicinity of $1000 but that was no deterrent.

“It was beautiful. Everything about it was really nice. The way it was all done, the photos, the way they’re all wearing the same gear and the same cars, it was a pretty special morning.

“I brought my son up to see it all as well. I don’t think he realised the enormity of what we were coming to see.”

The Gleeson family has a long-standing relationship with the Johnsons: “In 1980 when Dick hit the rock, my family donated money when we were all young kids. I was four then.

“We were previously Allan Moffat fans up until 1980 and then when we met our old mate DJ, we have been hooked for life. 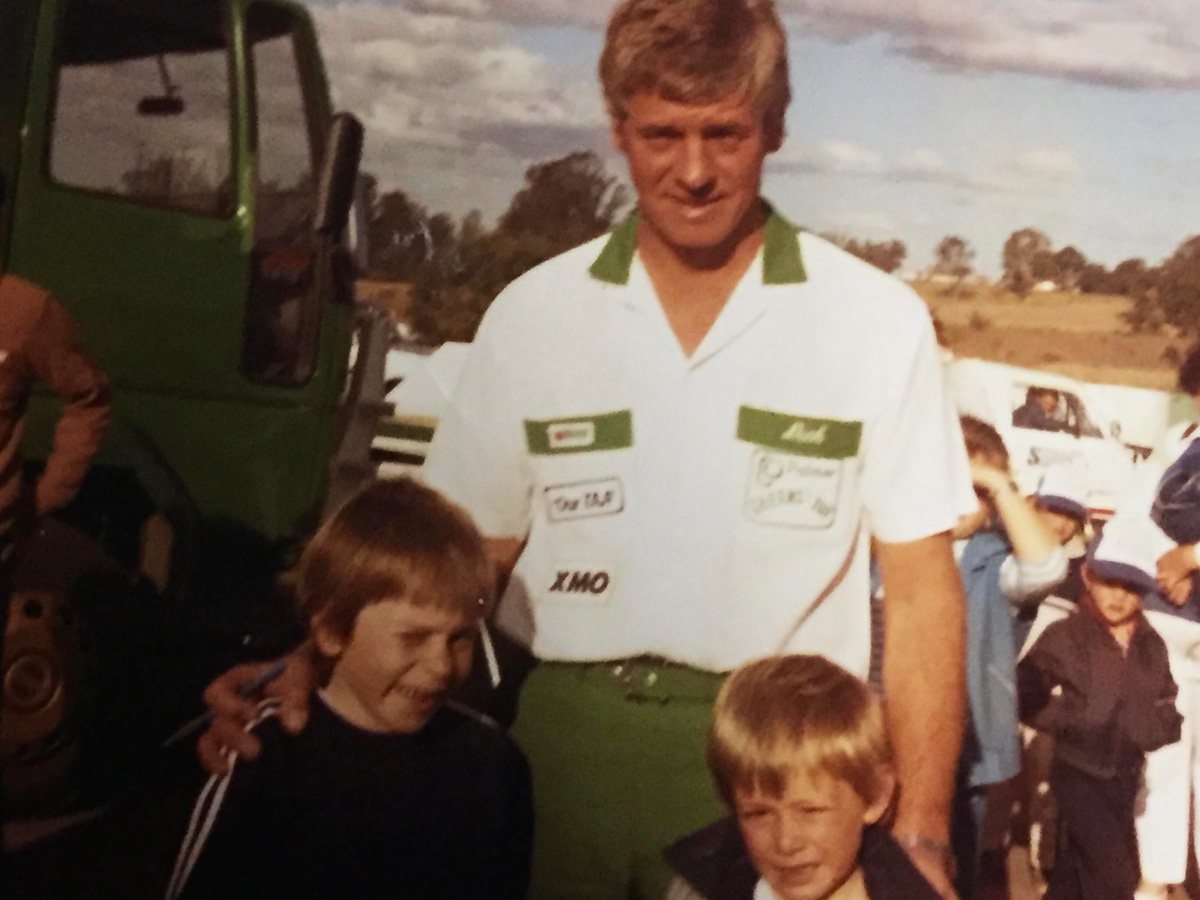 “It was basically all of the funds from people back then that got him racing in 1981, and we’ve had an affiliation with the Johnson family ever since.

“I have been to Bathurst 46 years in a row and I’m 46, so I’ve never missed a year even through COVID.

“They have always been directly loyal to us and we’ve been loyal to them… I think what’s special is I’m a fan but they treat me like part of the family.”

Gleeson’s home even features a Dick Johnson tribute wall which has already been signed by John Bowe.

While Dick and Steven’s Supercars cameos were shortlived, Jett pressed on with an evaluation day in a Shell V-Power Mustang alongside fellow young guns Tom Sargent and Kai Allen.