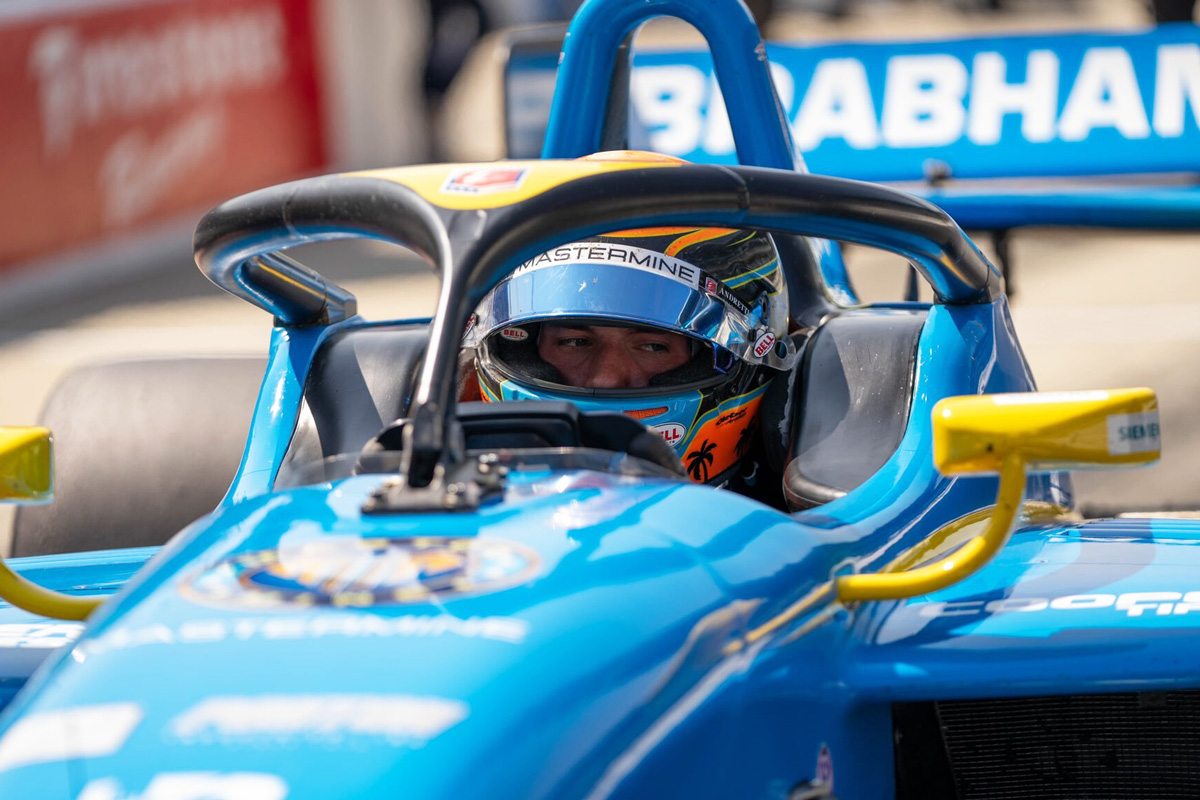 Matt Brabham hopes prior experience at Detroit’s Belle Isle Street Circuit will come in handy for this weekend’s Indy Lights double-header, even if it came aboard a vastly different beast.

Brabham’s title hopes have taken a hit since winning the season-opener at St Petersburg, sliding down to fifth in the standings – 56 points behind leader Linus Lundqvist.

“We’ve just got to get some results,” confessed the 28-year-old.

“I’ve been to Detroit a couple of times for various things and I think the guys that are really going to have an advantage are the ones that have been there before.

“There’s not that much practice and it’s a pretty tough track to learn.

“I haven’t driven an Indy Lights car there before and I’m just hoping all my Super Trucks experience there and parade laps and rides I’ve given to people there are going to help.”

The Andretti Autosport driver noted the importance of qualifying well, and is wary of more wild weather.

“I’ve just got to be on my A-game and refine all those little driving things I’ve been working on and the setup and just really focus on trying to do the best I can with no mistakes.

“It’s all going to depend on the weather. The weather has been so crazy this season; half the season has been wet races.

“It depends if it’s wet because it usually rains at Belle Isle, but if we have really quick race cars and have a good wet weather setup we’ll have to focus on the races.

“I’d say if it’s going to be green flag racing with perfect weather then qualifying is going to be super important for both races and that would be the focus.

“If you can lead the first lap it’s very difficult to pass.”

The Indy Lights action will be in support of Round 7 of the IndyCar Series, the latter of which will be broadcast live, ad-free and on-demand via Stan Sport.