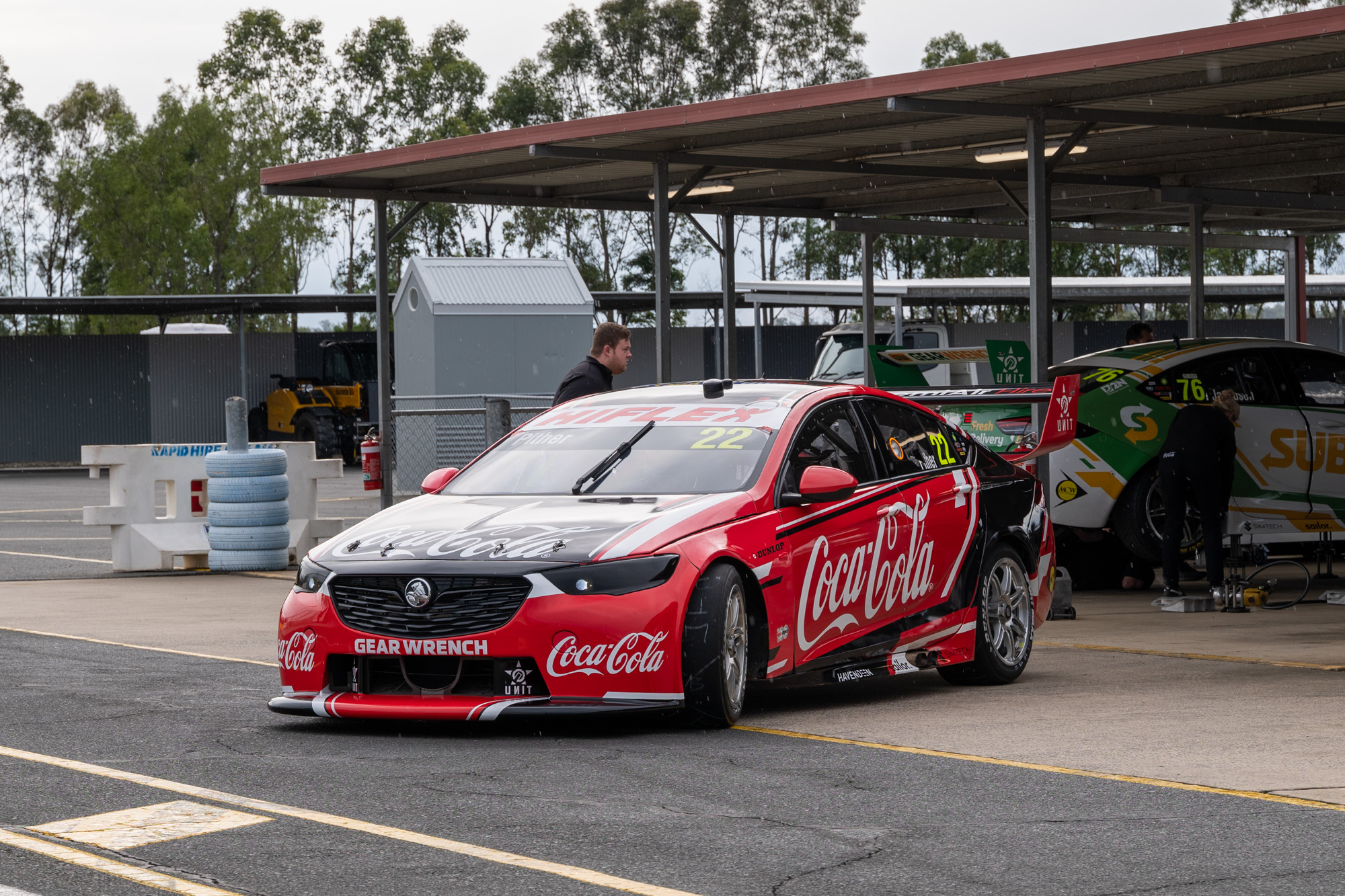 PremiAir Racing has put a number of young guns through their paces at Queensland Raceway with a view towards this year’s Repco Bathurst 1000.

Primary drivers Chris Pither and Garry Jacobson took to the Ipswich circuit on Monday for their first official test of the year after their maiden hitout prior to the season start got rained out.

Goddard is slated to join the Ford squad in this year’s Bathurst 1000. Although driver pairings haven’t been confirmed, the Gold Coaster is tipped to join James Courtney.

Speaking with Speedcafe.com after the test day, Xiberras confirmed Everingham, Hill, and Jones are co-driver considerations for the Great Race.

“We’ve got a list of guys that we’re trawling through, but they’re definitely on the list,” said Xiberras.

“It’s hard to judge a guy on 10 laps in a car that he hasn’t had time to get comfortable in or put seating in; you’ve got to keep a lot of perspective and keep a bit open-minded about lap times.

“For me, there’s other factors like whether the guy actually fits with other team members. There’s quite a few other aspects you’ve got to try and factor in as well.

“They kept the car clean and on the black stuff. Believe it or not, their times were within cooee of each other. They were good.”

Xiberras said the team is in no rush to make a call on its pairing, and drivers outside of those who tested are being considered.

Pither leads the team’s efforts in 22nd overall just ahead of team-mate Jacobson in 23rd.