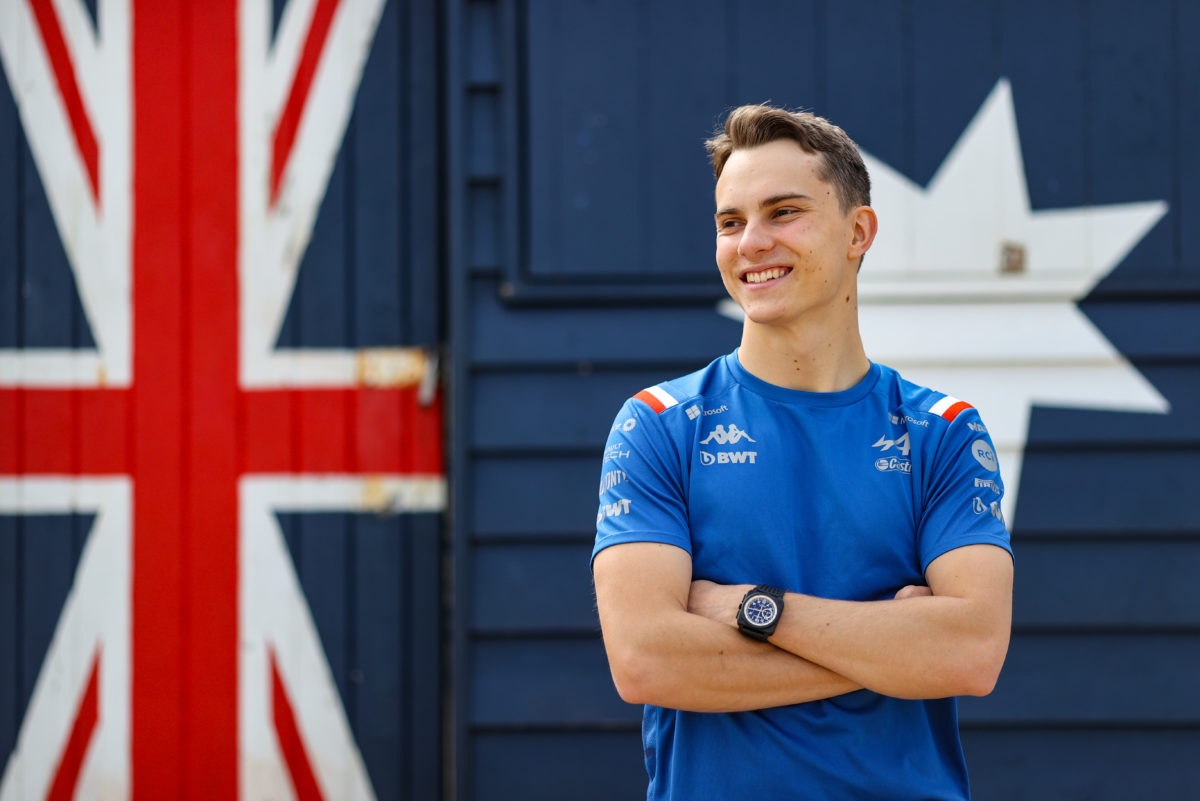 Oscar Piastri is creating a “good conundrum” for the top brass at the Alpine Formula 1 team.

The Australian who last year won the FIA Formula 2 Championship is now the reserve driver at the Anglo-French operation.

That sees him attend most race weekends in support of regular drivers Fernando Alonso and Esteban Ocon on top of working in the simulator.

He’s also been given his own test programme, which last month saw him at the wheel of one of the team’s 2021-spec cars in Qatar – a test shared by countryman Jack Doohan.

However, despite his strong junior credentials, Piastri still faces an uncertain future with Alonso having voiced a desire to remain in Formula 1 for at least another couple of seasons, and Ocon with a deal in place until the end of 2024.

“It’s a good conundrum to have, that’s for sure,” admitted newly appointed team boss Otmar Szafnauer.

“We’ve got, you know, two very talented drivers in the car now and Oscar is an upcoming talent and we’ll soon start thinking about what to do for next year.”

After seven rounds, Alpine lies sixth in the constructors’ championship, though has been somewhat unlucky with some of its performances to date.

Much of that ill fortune has befallen Alonso, a point acknowledged by Alpine CEO Laurent Rossi, with the Spaniard only 13th in the drivers’ standings on 10 points.

By comparison, Ocon is four places higher up, with three times his double-world champion team-mate’s tally.

Last month it was suggested a decision on whether Alonso would continue with the team would be made around the British Grand Prix, an event which takes place on the first weekend of July.

The 40-year-old is in the second and final year of his one-plus-one deal with Alpine that saw him return to the sport last season following a two-year hiatus.

Most recently, in Monaco last weekend, he finished seventh, one spot up from a frustrated Lewis Hamilton after managing his pace in the final laps.

In doing so, he backed up the field, compromising Ocon’s place in the points owing to a five-second time penalty hanging over the Frenchman.

“We had some concerns about the yellow tyre to grain a lot on our car [so] in the first 10 or 15 laps I took care of the tires a lot,” Alonso said of his performance.

“After that, I push again when they told me that Esteban has to make five seconds gap, but at that point Hamilton didn’t want to push so held Esteban at the back so that was a bit disappointing.”

The Azerbaijan Grand Prix is next, on June 10-12, followed by the first Canadian Grand Prix since 2019 a week later.

It is then the British Grand Prix on July 1-3.