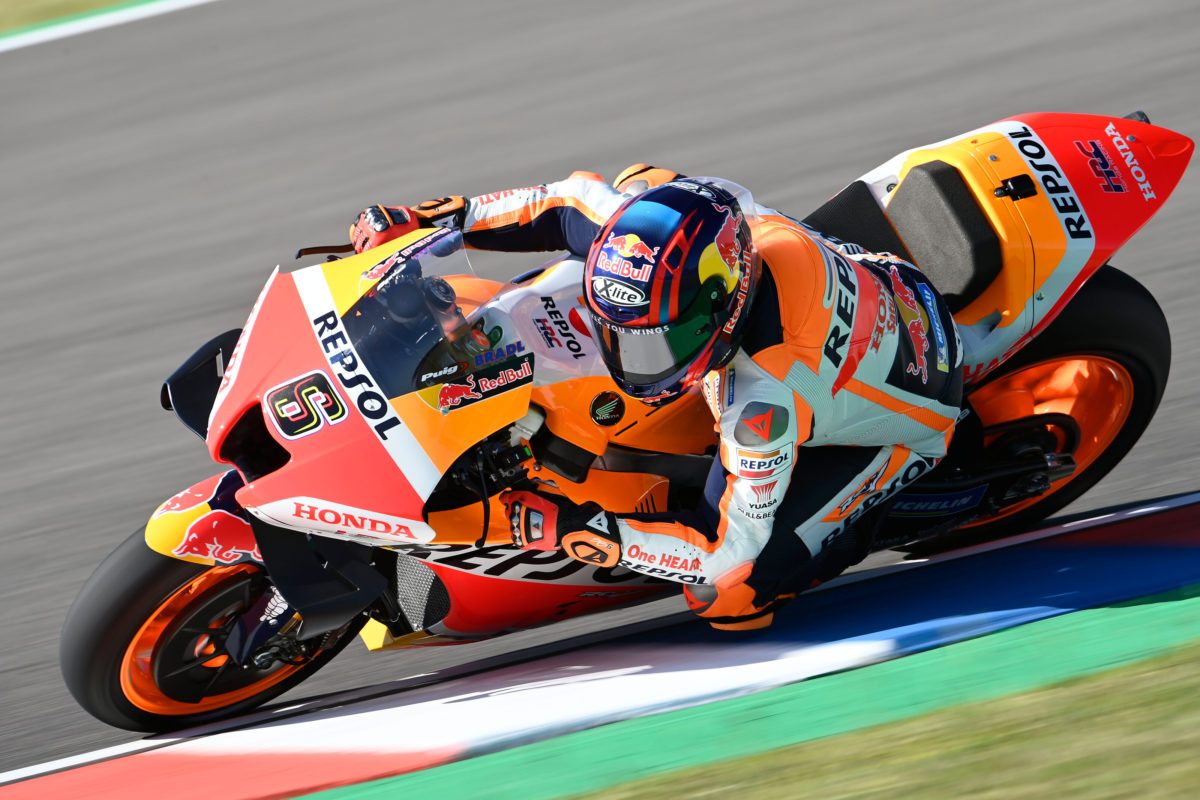 The Repsol Honda Team has confirmed that Stefan Bradl will fill in at this weekend’s Catalan MotoGP as Marc Marquez undergoes surgery.

Marquez has flown to the United States for a fourth operation on the arm which he broke almost two years now, with no word yet on when he might return.

It means another call-up for Bradl, who has stood in on every occasion when a replacement has been required since that fateful day in Jerez, including multiple periods when the six-time premier class champion was out due to concussion and/or diplopia.

Round 9 of the season at the Circuit de Barcelona-Catalunya will be the German’s third of 2022, having raced in Argentina after Marquez’s Indonesia highside and then in the Spanish Grand Prix as a wildcard.

“First, I want to wish Marc all the best with his operation and his recovery,” said Bradl, Honda’s test rider.

“I am here for everything that HRC and the Repsol Honda Team need until Marc’s return.

“We have all seen the level in MotoGP, so we know the challenge that is ahead of us but I am confident that working with Honda and the team we can achieve something.

“Let’s see what the weekend brings, it will be important to get in a lot of laps and prepare well for Monday’s test.”

Marquez has expressed hope that the operation will give him “a normal life again”, having struggled through the past two years with painkillers and limited mobility.

In fact, he claimed doctors told him that “We don’t know how you are doing what you are doing now” when he received word that he should go under the knife once more.

The 29-year-old says he also has the full backing of Honda, despite having to miss the bulk of yet another campaign.

The Jerez crash, of course, kept him out for virtually the entirety of 2020 and the first two rounds of 2021, before the motocross crash sidelined him from the latter two of last year.

“I feel a very big respect, from Honda to myself,” said Marquez at Mugello, the scene of his last grand prix for some time.

“I said to them, ‘The situation is this, if you want I can continue riding like this, finishing between fifth to 10th, and maybe the podium in some races.’

“They said to me, ‘Your life is more important. Just take care about you, and we will wait.’”

Team-mate Pol Espargaro is 12th in the championship, three spots back from #93.

As Bradl noted, they will race this weekend at Catalunya and then stay on for official testing on Monday.