Dixon ‘let down so many people’ with Indy 500 error

Dixon ‘let down so many people’ with Indy 500 error 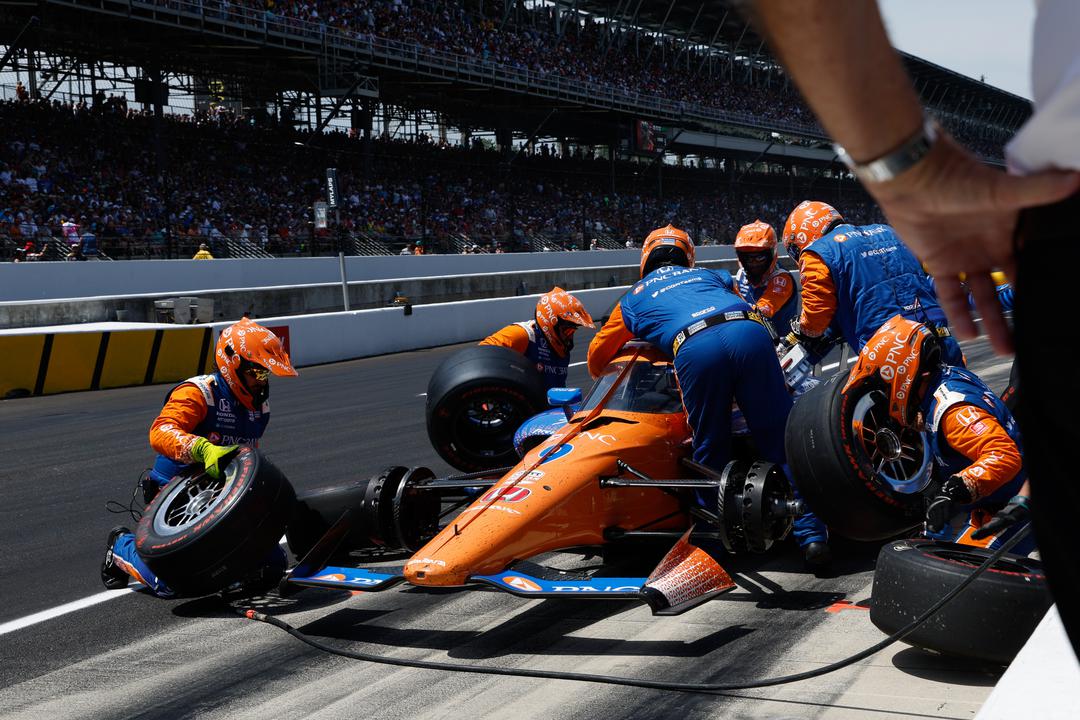 Scott Dixon takes a pit stop during the Indianapolis 500

Scott Dixon continues to feel the anguish of letting a second Indianapolis 500 win slip through his fingers by speeding in pit lane.

The New Zealander led 95 laps, just over twice as many as team-mate Alex Palou (47), but it was yet another Chip Ganassi Racing driver in Marcus Ericsson who was in front when the chequered flag waved on Lap 200.

Dixon had qualified on pole position with the second-fastest four-lap qualifying run in the event’s history and held first position when he took his final scheduled stop on Lap 175.

It was then that he pinched the rear brakes and broke the speed limit on entry to the pits, drawing a drive-through penalty before eventually finishing 21st.

The six-time IndyCar champion described the mishap as “heartbreaking” shortly after stepping out of his #9 Honda, and felt much the same at the following night’s ceremony at the JW Marriott Hotel.

“What makes it so hard for me is I let down so many people,” said Dixon.

“The saving grace was Marcus winning that and making it successful.”

The 41-year-old was passed for the effective race lead by Felix Rosenqvist as he came up to speed on his out lap from that fateful stop, although he hardly could have been counted out of contention for the win had it not been for the penalty.

According to Dixon, the incident was even harder to process in hindsight.

After leading 95 laps on Sunday and becoming the all-time lap leader at the #Indy500, @scottdixon9 was given a pit speed violation.

Just like that, he saw a win slip away.#INDYCAR // @IMS pic.twitter.com/9RvbiEWqpM

“It was a tough pill to swallow and something I didn’t expect, honestly,” he remarked.

“It was a real bummer. It was really close. Looking back at what really happened makes it even worse.”

Regardless, there were no gripes about the penalty itself.

‘The Iceman’ had been heard asking “Are you serious?” when he was told of the penalty on his radio, but conceded he was in no position to argue the toss.

“I didn’t actually think it was over, but obviously it’s a system that doesn’t lie,” reasoned Dixon.

“With the success we’ve had through the race on so many different levels and coming down to that closing point, you are trying to make the most of it.

“I’m so happy that Marcus Ericsson won. If a Ganassi driver didn’t win, I was going to take that loss even harder.

“Massive congratulations to him and Chip Ganassi. It’s just great they got it.”

Dixon is sixth in the IndyCar Series ahead of this weekend’s Detroit Grand Prix, for which Stan Sport’s live and ad-free coverage starts on Saturday night at 22:30 AEST.