Scott McLaughlin reflects on a tough day at the Indianapolis 500 in his exclusive Hired Gun column for Speedcafe.com. 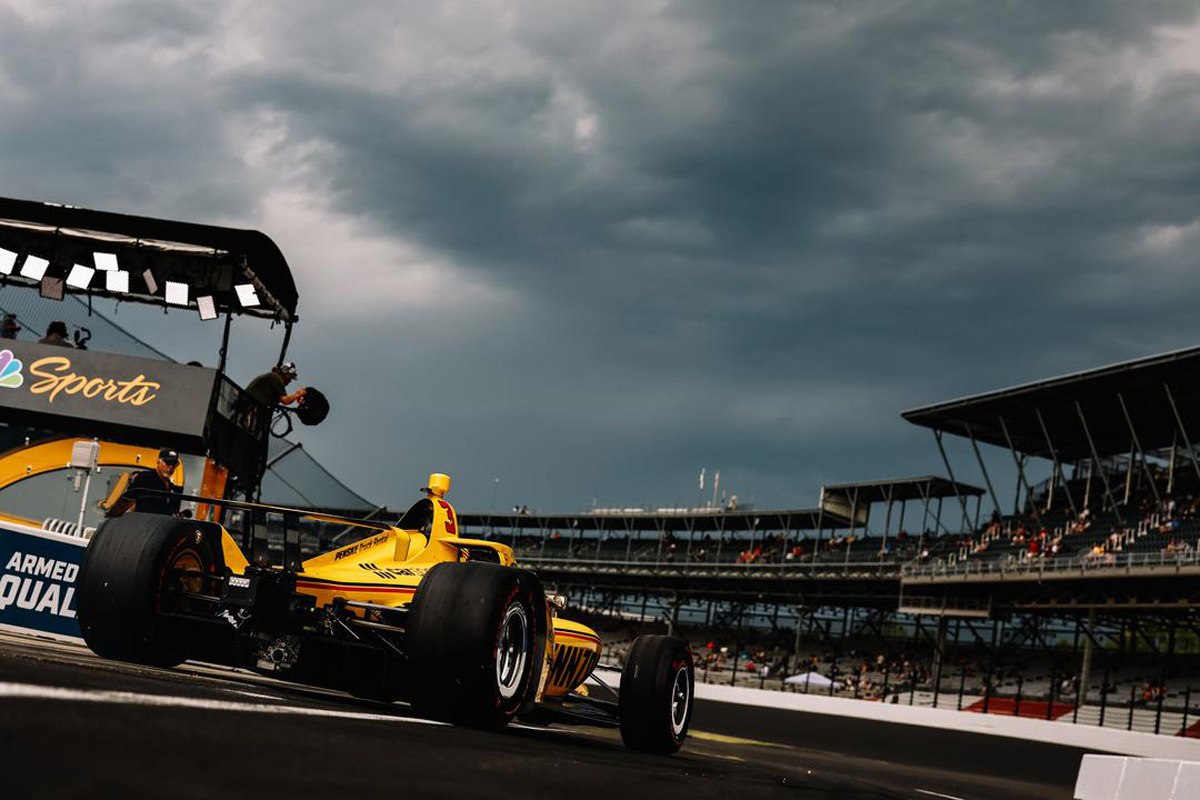 Well it’s Monday, the day after the 500 and my body is a little sore and banged up.

Normally on this day the head is a little foggy after a few beers – but last night was a quiet one after our hard hit – not exactly how we wanted the day to end.

Thankfully I’m feeling fine after the biggest hit I’ve ever taken and the first proper contact I’ve had in IndyCar.

The body is sore, my knee took a pounding – as well as my ego!! – but everything else is okay.

I’m a bit flat about it all.

But we were pushing as hard as possible and just got caught out, and made a simple mistake which turned into a very big hit.

That’s Indy for you.

It’s been breaking hearts for years and years – and unfortunately got me good yesterday.

The shame of it all is that we were having a really great run.

From 26th on the grid we were able to pass plenty of cars, we had great stops and found ourselves just outside the top 10 with 50 to go.

We were finally in clear air and I was pushing hard – we knew we could jump a bunch still to pit and I was optimistic of a solid finish inside the 10 – but a gust of wind caught us and we were done.

It was a wild month of weather and yesterday was such a strong wind – it sweeps around the walls and just caught me out, which is on me.

Running in traffic for basically the entire race I just wasn’t quite prepared for the force of it on a single car.

The hit in Turn 3 was decent but then in a canoe minus wheels and brakes I was just a passenger as we thumped the Turn 4 wall.

It wasn’t a great few seconds staring down the wall preparing for the hit!

So on May 29 we finished up 29th at the biggest race of the year.

We drop from third to seventh in the championship points which again is a bummer.

But the good news – we’re back on track in a few days’ time at Detroit to try and make amends.

It was a rough day for all of us at Penske – so we have to be better.

I was thrilled for Marcus to get the win – that’s a cool moment for he and his family.

Talking of family, it was great to finally have mine here at a race weekend for the first time – I loved showing mum, dad, my sister Sammy and a bunch of others from home around.

It promised heaps and delivered absolutely zero, but I promise I’ll get on top of this place one of these days soon.

Thanks for the support,