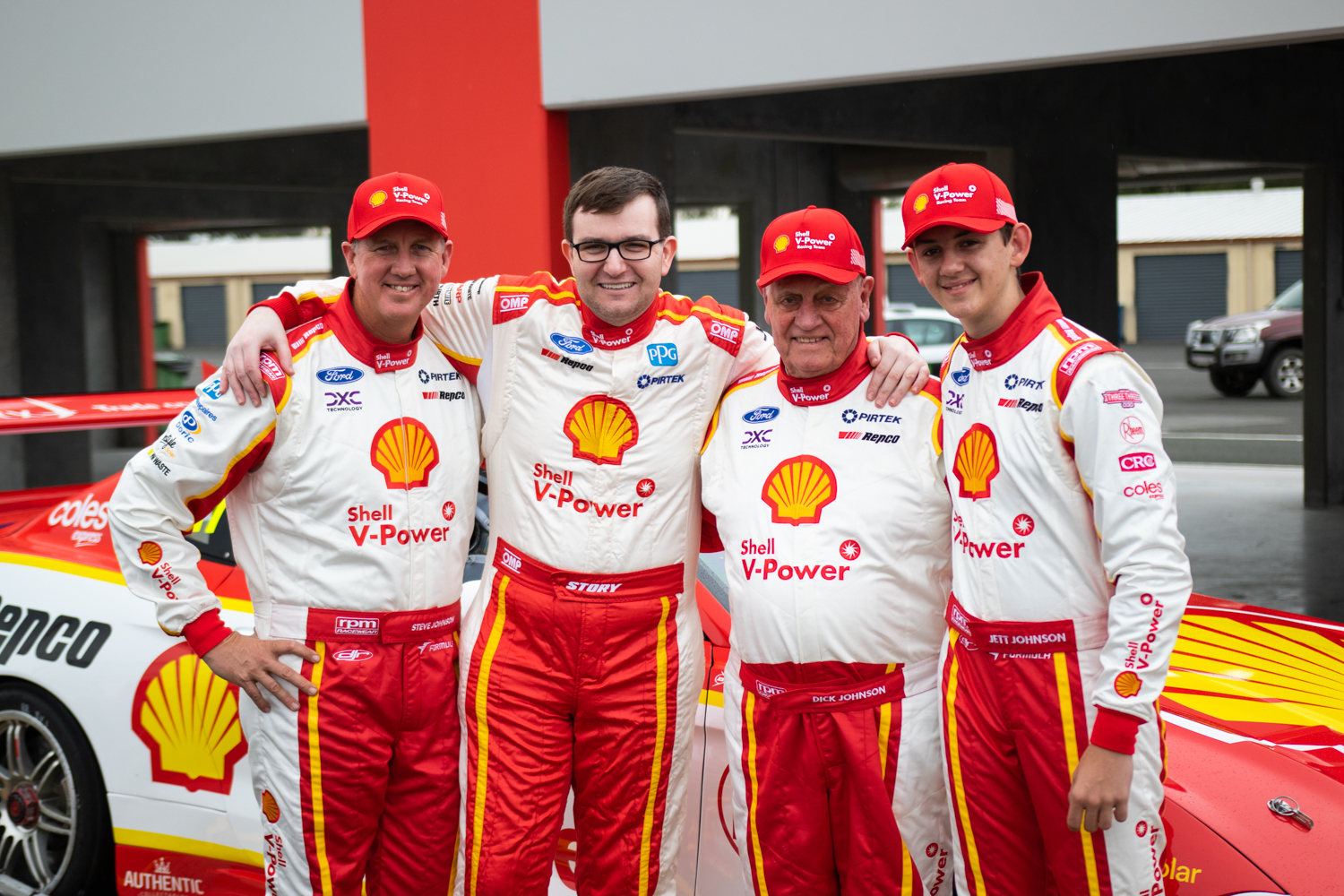 Third-generation racer Jett Johnson has his sights set firmly on continuing his family’s legacy in Supercars.

The day included a historic moment where Jett, father Steve, and grandfather Dick all took to the track at once – each Ford Mustang sporting the iconic #17 and family name.

Johnson, just 17 years old, is already making a name for himself on the national scene in a TA2-specification Ford Mustang.

The teenager currently leads the Promaxx Performance Exhausts TA2 Muscle Car Series and is 15th in the Turtle Wax Trans Am Series.

Supercars, however, is the ultimate goal.

“I want nothing more than to try to continue what both Dad and Granddad have done, and I know I have got to put the work in to get there,” said Johnson.

“I have got to put in 110 percent and try to stand out more than anybody else, so I’m going to do what it takes to get to Supercars really.”

Steve Johnson twice drove with his father in the Great Race in 1998 and 1999, ending his 15-year full-time Supercars career with three wins and 16 podiums to his credit.

Although the young gun is keen to join the main game eventually, Dick Johnson Racing co-owner Ryan Story said he won’t be getting any free kicks.

“Well look, it won’t happen unless he earns it,” said Story of the youngest Johnson.

“We hire the best drivers we possibly can but at the rate that he’s going, if he continues his success, he’s got a very bright future ahead of him.

“Every step of the way he has proven himself worthy and won races and really done what’s required on-track.

Johnson’s next competitive outing is slated for June 10-12 at Winton Motor Raceway for the TA2 Muscle Car Series.