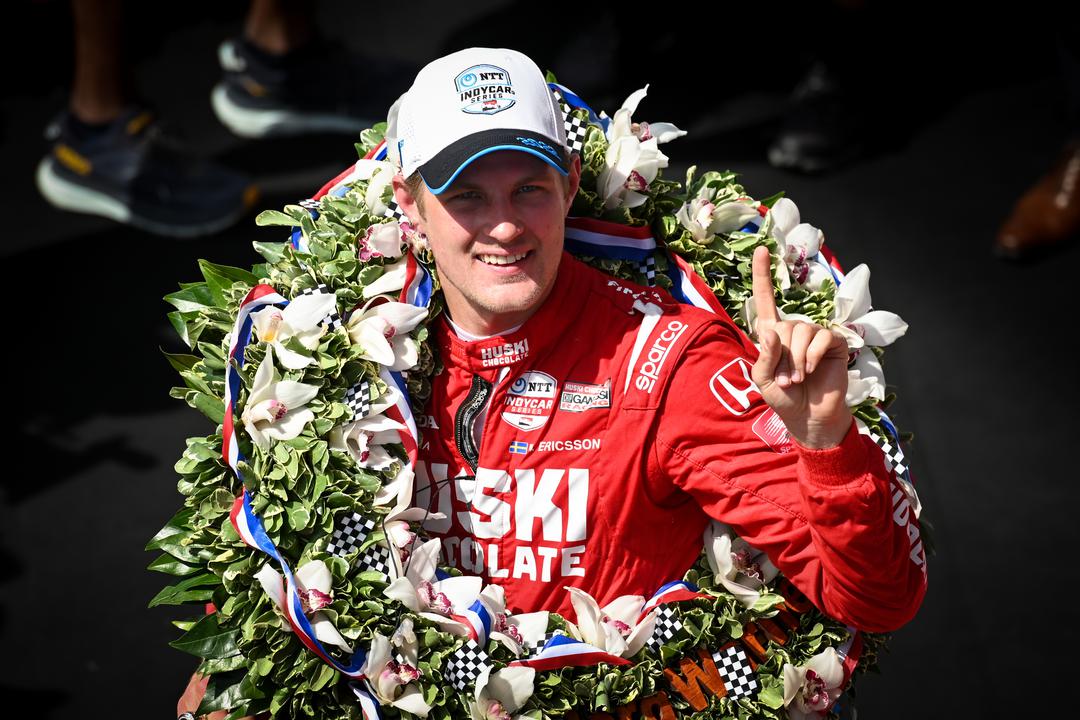 Marcus Ericsson has explained how a race eve conversation with Dario Franchitti was crucial in how he defended his lead in the final laps of the Indianapolis 500.

Ericsson became an Indy 500 winner in nerve-racking fashion when Chip Ganassi Racing team-mate Jimmie Johnson crashed late in the piece, triggering a red flag which set up a two-lap dash to the chequered flag.

The Swede was challenged by Pato O’Ward as they started the final lap but held firm, and the McLaren SP driver bailed out of his attempted outside move.

Ericsson said he had planned for that scenario with Franchitti, who took two of his three Indy 500 victories with CGR and remains an advisor to the team.

“I knew Pato was going to have a run on me because up front we’ve seen all month it’s really hard to defend when you’re up front,” he said.

“I was actually sitting during dinner here at the Speedway on the infield [on the night before the race] talking with Dario about this type of scenario: if I’m leading when it’s towards the end of the race, the last couple laps, what to do, how to break the tow of the car behind, how to place the car…

“We had that very conversation last night. That was in my mind when I was sitting there during that red flag.

“I just tried to go out and execute that plan I had made in my head.

“Pato had a really good run on me; I wanted to put him on the outside because I knew it was going to be hard to go around my outside.

Congratulations Indy 500 winner @Ericsson_Marcus ! What an absolute mega job today 👌🏼
I cannot tell you how hard he works along with BG & the 8 crew to use every resource @CGRTeams has to make them better.
What a team effort this month, 5 amazing groups, 5 fast cars. 1 winner!! pic.twitter.com/hPCO8g2hiL

Ericsson also took lessons from how Simon Pagenaud clung on three years earlier, when the Frenchman blocked Alexander Rossi on his way to a 0.2s victory.

“I definitely watched that race multiple times this month, the end of that race, to sort of see exactly what he did. That was in my mind when I was sitting there on the red flag.

“Obviously, that’s very similar to what we talked about, me and Dario; what Simon did.

“That was the way to do it; I just tried to do something very similar.

“Like I said, I had a plan to obviously try and break his tow on the straights, then make sure towards the end of the straight I was going to keep it low so he had to go around the outside of me because I knew my car was good enough to stay flat.

“That was another thing Dario said: ‘Don’t lift; stay flat.’

Ericsson has now jumped into the lead of the IndyCar Series ahead of this weekend’s Detroit Grand Prix.

Stan Sport’s live and ad-free coverage of that event starts on Saturday at 22:30 AEST with Practice 2. 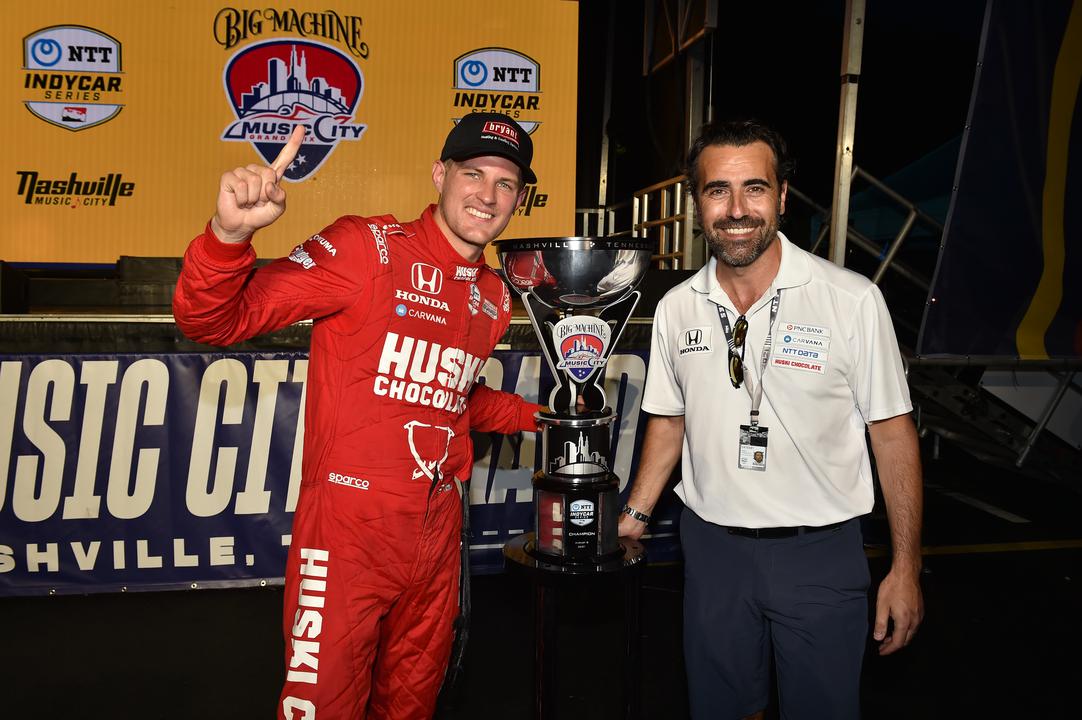