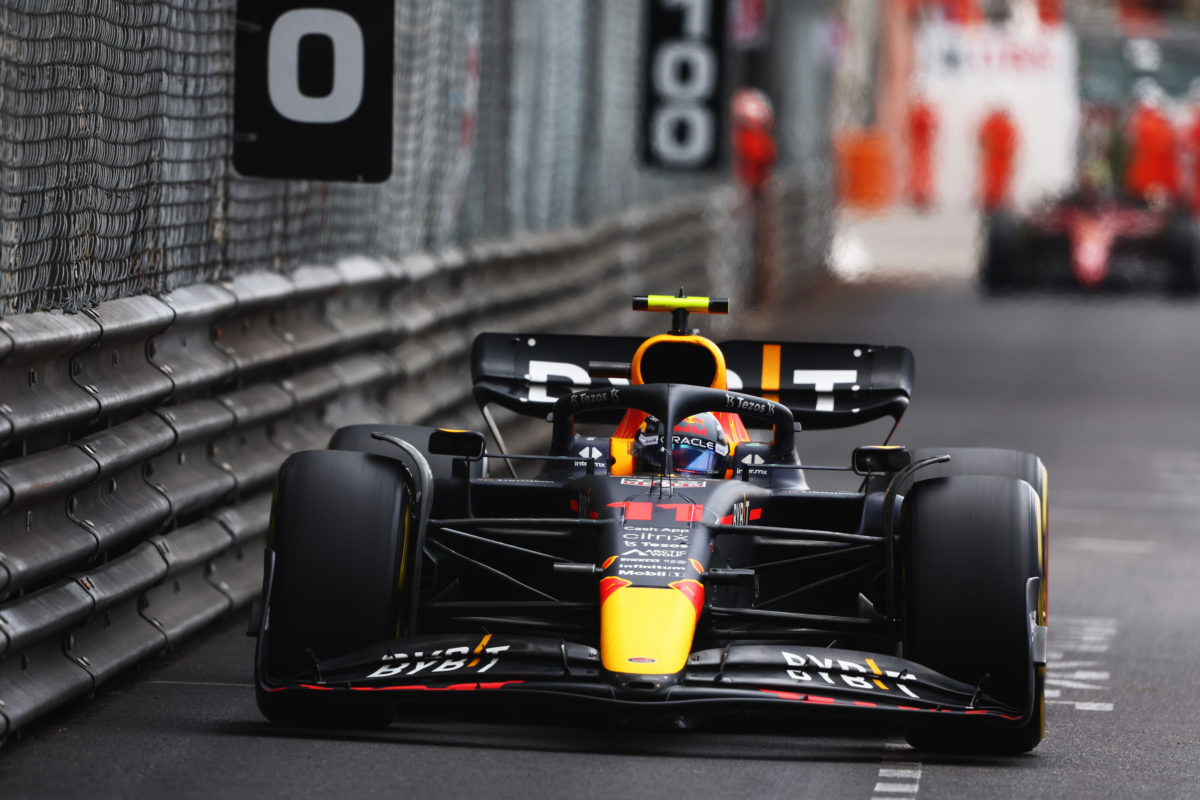 The Scuderia had protested both Red Bull drivers following the race, team boss Mattia Binotto stating that it did so to gain clarification on the blend line at pit exit.

Both Perez and Verstappen appeared to put their left-hand tyres on the yellow line following their second stops in Monaco.

Ferrari argued that was in contravention of the rules, and that the same act has previously attracted a five-second penalty.

Should that have been handed down to both Red Bull drivers, Ferrari would have been promoted to a one-two finish.

In Perez’s instance, the matter proved unfounded with stewards finding no part of his front or rear wheels to the left of the yellow line at pit exit.

“All parties agreed that Car 1 did have part of its front left and rear left tyre on the left side of the yellow line,” read the stipulation in the protest against the Dutchman.

“All parties agreed that most of the left front and left rear tyres of that car remained on the yellow line.”

With those points agreed, the matter came down to the wording of the International Sporting Code, which has changed from 2021.

However, the associated text in the race director’s event notes had been copied over from the previous season.

That created a contradiction between the two documents, a point acknowledged by the stewards but also dismissed.

“The Notes issued by the race director cannot contract the Code or the Formula 1 Sporting Regulations,” the stewards concluded.

“Article 5 c) of Chapter IV of Appendix L of the Code stipulates that at pit exit a car ‘must not cross’ the line.

“In this case, the car did not ‘cross’ the line – to do so it would have needed to have a full wheel to the left of the yellow line.

“Accordingly, the driver did not breach the relevant section of the Code and this takes precedent over any interpretation of the Notes.”

The result is that both Perez and Verstappen retain first and third finishes in the Monaco Grand Prix.