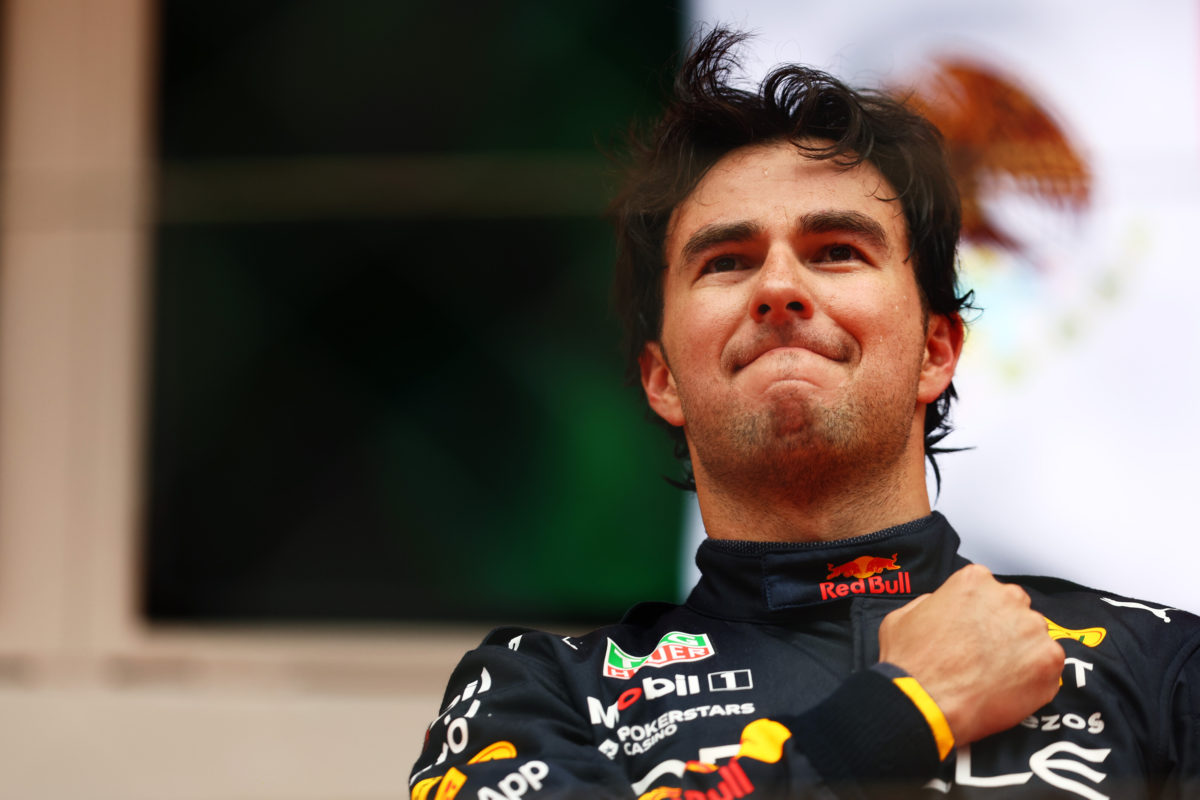 Sergio Perez has said his victory in the Formula 1 Monaco Grand Prix was a “dream come true.”

The Red Bull driver rose from third on the grid to win, fending off the late advances of Carlos Sainz as he mastered slippery conditions in the shortened affair.

Rain hampered the start of the race which, once going, was interrupted by a red flag when Mick Schumacher crashed heavily.

Struggling with worn tyres in the closing stages, Perez then fended off the attentions of Sainz to claim the third win of his Formula 1 career.

“As a driver, when you come into Formula 1, and when you come to Monaco, when you drive it for the first time, you always dream about one day winning the race.

“It’s just incredible. It’s just a big day for myself.

“I was driving with Pedro Rodriguez’s helmet today, and I’m sure that he will be super proud of what we have achieved in this sport.”

Perez’s Monaco win makes him the most successful Mexican driver in F1 history, having previously been tied with Rodriguez with two race victories apiece.

Pit strategy, and luck with traffic, was key to success in the Principality.

Running third at the time of his first stop on Lap 16, Red Bull pitted Perez to swap his extreme wets for a set of intermediates.

Through that cycle, he rose to second once both Max Verstappen and Charles Leclerc stopped, though Sainz remained on track as he attempted to make the switch from the full wets straight onto slicks.

Conditions continued to improve and Perez was back in the lane on Lap 22, swapping to slicks as Red Bull double-stacked its drivers.

Ferrari had done the same a lap earlier, delaying Leclerc in the process while traffic as he exited the lane hindered Sainz.

That allowed Perez into the lead, a position he held until the chequered flag on Lap 64 despite the late pressure.

“I felt I had the race under control pretty easy,” the 32-year-old said of his run to the flag.

“I felt like I was not really pushing, and then all of a sudden I started to have a lot of understeer into Turn 3 and Turn 4, and I could see Carlos was next to me.

“I still had very good traction out of Turn 8 [Portier], so I was still a bit comfortable with it, but going into Turn 10 [Nouvelle Chicane] I knew that it was very important not to make a mistake because if you cut the chicane you have to give back the position.

“So Carlos was putting a lot of pressure, but then towards the end I managed the clear out the graining a bit.

“Then, once I managed to open a bit of a gap, I could do my normal like through [Turn] 3-4-5, which already brought some lap time with it, and we managed to bring it home a bit safer.”

Third in the drivers’ championship, victory in Monaco moves Perez to just six points shy of Leclerc for second, and only 15 down on team-mate and championship leader Verstappen.

Meanwhile, in the constructors’ championship, Red Bull has extended its advantage over Ferrari to 36 points after seven of 22 races.