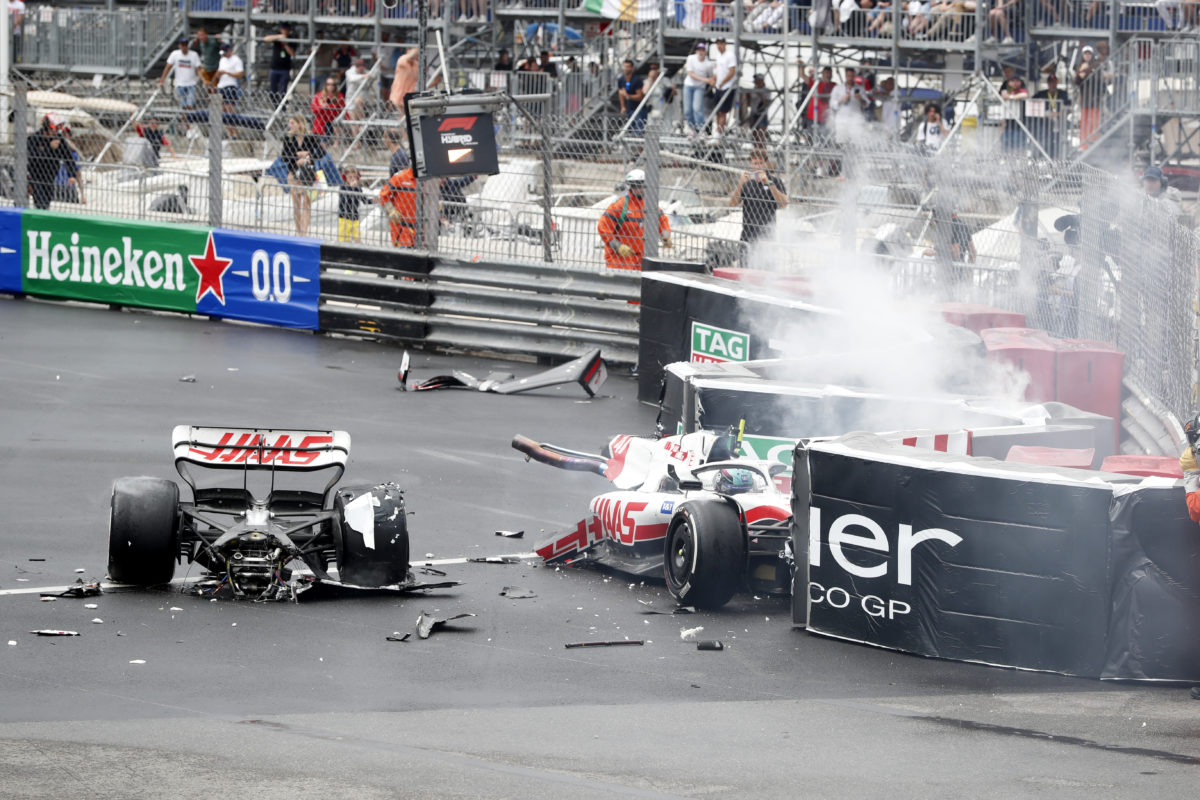 The Haas driver lost control at the Swimming Pool, sliding into the Tecpro barriers exiting the section with sufficient force to tear the gearbox and rear axle from the car.

“We obviously saw what happened,” Steiner said of the crash.

“It’s not very satisfactory having a big crash again. We need to see how we move forward from here.”

The incident was the result of driver error, Schumacher admitted.

He had been the first driver to switch to slick tyres as slippery conditions in the Principality improved before being caught out on Lap 24.

“In terms of pace, we were definitely there and it’s just a matter of keeping it on track – unfortunately I wasn’t able to do that.

“The pace felt strong and it felt like we were able to attack and push.

“Unfortunately, I went a bit too wide, probably about 10 centimetres at the end, and that’s enough to lose all grip that you thought you had and the result is what happened.”

The Dane had been running 11th during the opening phase of the race before pulling into the pits and retirement on Lap 19.

“We had power unit issue of some sort, so we had to retire the car – there was nothing we could do about that sadly,” he explained.

“I really thought our pace in the race was good considering we were on a full wet on a dry line, I had been able to keep Gasly behind until our issue and I was closing on Bottas.

“It would have been really exciting around the pit stops to see what could have happened.

“It’s unfortunate with no points today even though I think we had the car to do it, we knew we could fight.”

After a promising start to the season, Haas has gone without points in the last three races.

Meanwhile Schumacher remains one of only two regular drivers yet to score a point in 2022, the other being Williams’ Nicholas Latifi.