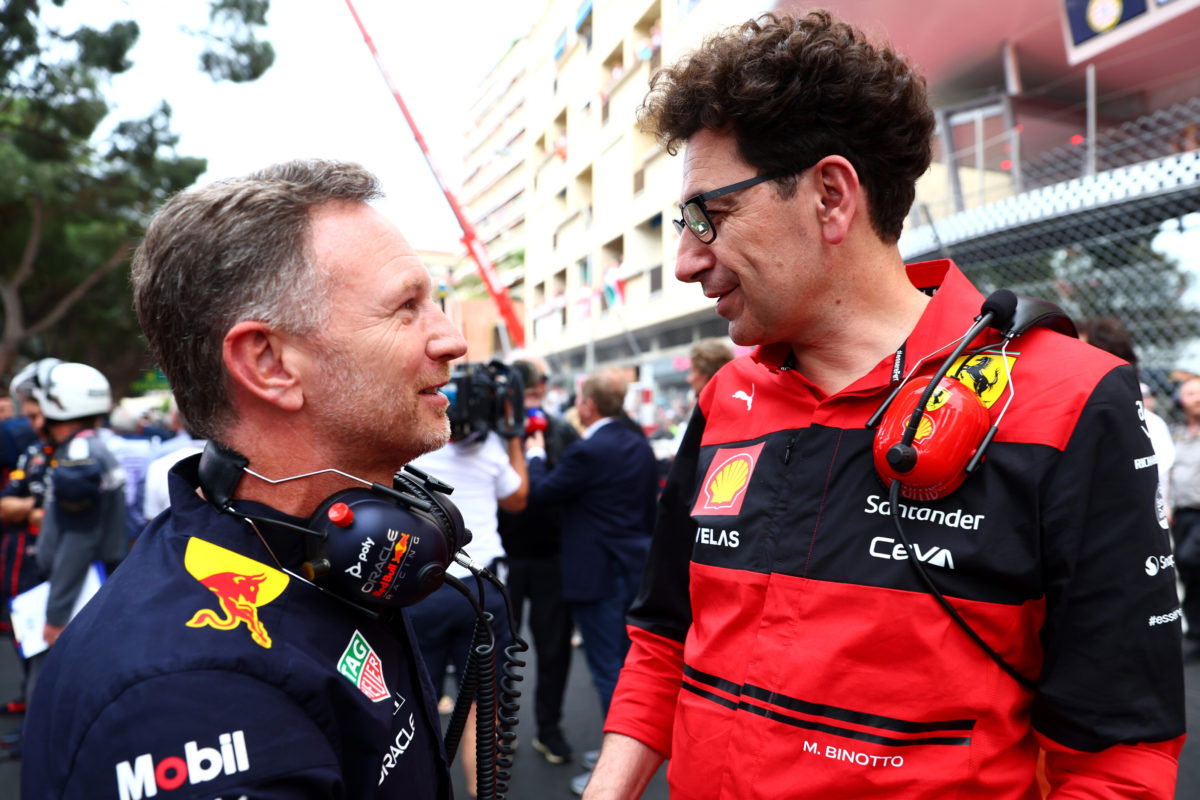 Two documents published by the stewards confirmed that both Red Bull drivers had been summoned “in relation to the two Protests lodged by Scuderia Ferrari against Car 1 and Car 11 for allegedly failing to stay to the right of the yellow line at pit exit.”

The incidents of note came as both drivers exited the lane after swapping to slick tyres on Lap 22.

Red Bull double-stacked its drivers a lap after Ferrari had taken the same approach with Sainz and Leclerc – a move which ultimately dropped the Monegasque driver out of the podium places.

Shortly after their stops, the official timing channel stated that officials had noted an incident exiting the pits by Perez.

Television replays then showed Verstappen to have applied opposite lock as he rounded Sainte Devote in the pit lane.

The Dutchman appeared to come perilously close to the exit blend line, though nothing was mentioned on official timing.

Ferrari has now submitted protests against both Red Bull cars, with both drivers to front the stewards.