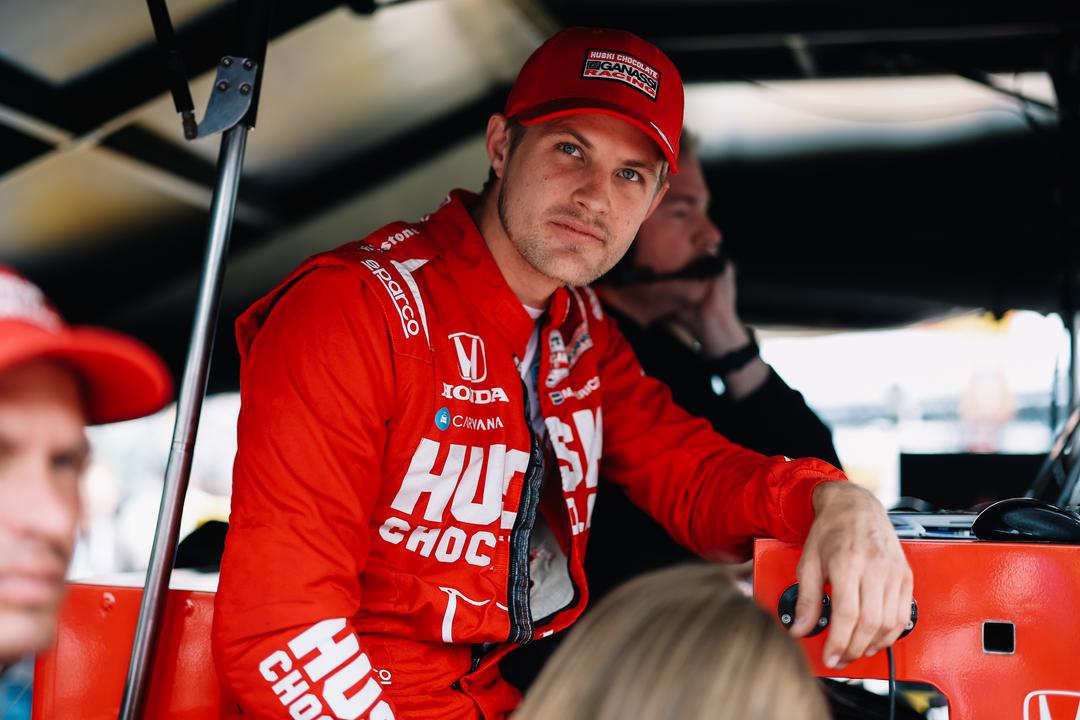 Marcus Ericsson has revealed that he was angry with Jimmie Johnson when he feared his chances of winning the Indianapolis 500 had been ruined by his team-mate’s late crash.

The Chip Ganassi Racing driver ended up in the nerve-racking scenario of having to defend the lead from a quick Pato O’Ward in a two-lap dash to the chequered flag.

He had enjoyed a margin of 2.7s when Johnson lost control and smashed into the wall at Turn 2, triggering a Caution which would be upgraded to a red flag in a bid to see a competitive conclusion.

“First, I was just angry because I thought I had the race won,” recalled Ericsson about his feelings during the red flag.

“I knew there was a big risk for a caution, but I couldn’t believe it was one of the Ganassi cars.

“I’m not trying to put the blame on Jimmie here, but it was tough to take that in and I was a bit frustrated.

“I sort of put aside the frustration and tried to go into my myself.

“I even said to myself, ‘Hey, this is the biggest race in the world, it’s not going to be easy to win it, you have to work for it.’

Ericsson said that the period spent under red flag was “the hardest 10 minutes of my life, probably.”

He also expects the triumph may take some time to feel real.

“It’s still tough to sort of take in,” said the 31-year-old shortly after the race.

“Obviously, it’s the biggest race in the world, something we all work so much towards, we all dream of winning this race.

“I knew we had a chance to win today. Obviously, there were some stuff happening along the way, but I knew I had a shot.

“It was a true team effort and I’m very, very proud to be the champion.”

Ericsson’s victory has also vaulted him into the lead of the IndyCar Series, by a 13-point margin over O’Ward, somewhat coincidentally.

Next up for is the Detroit Grand Prix, this weekend (June 3-5, local time), with live and ad-free coverage on Stan Sport.