Emotional ‘once in a lifetime’ laps for Johnson family

Emotional ‘once in a lifetime’ laps for Johnson family 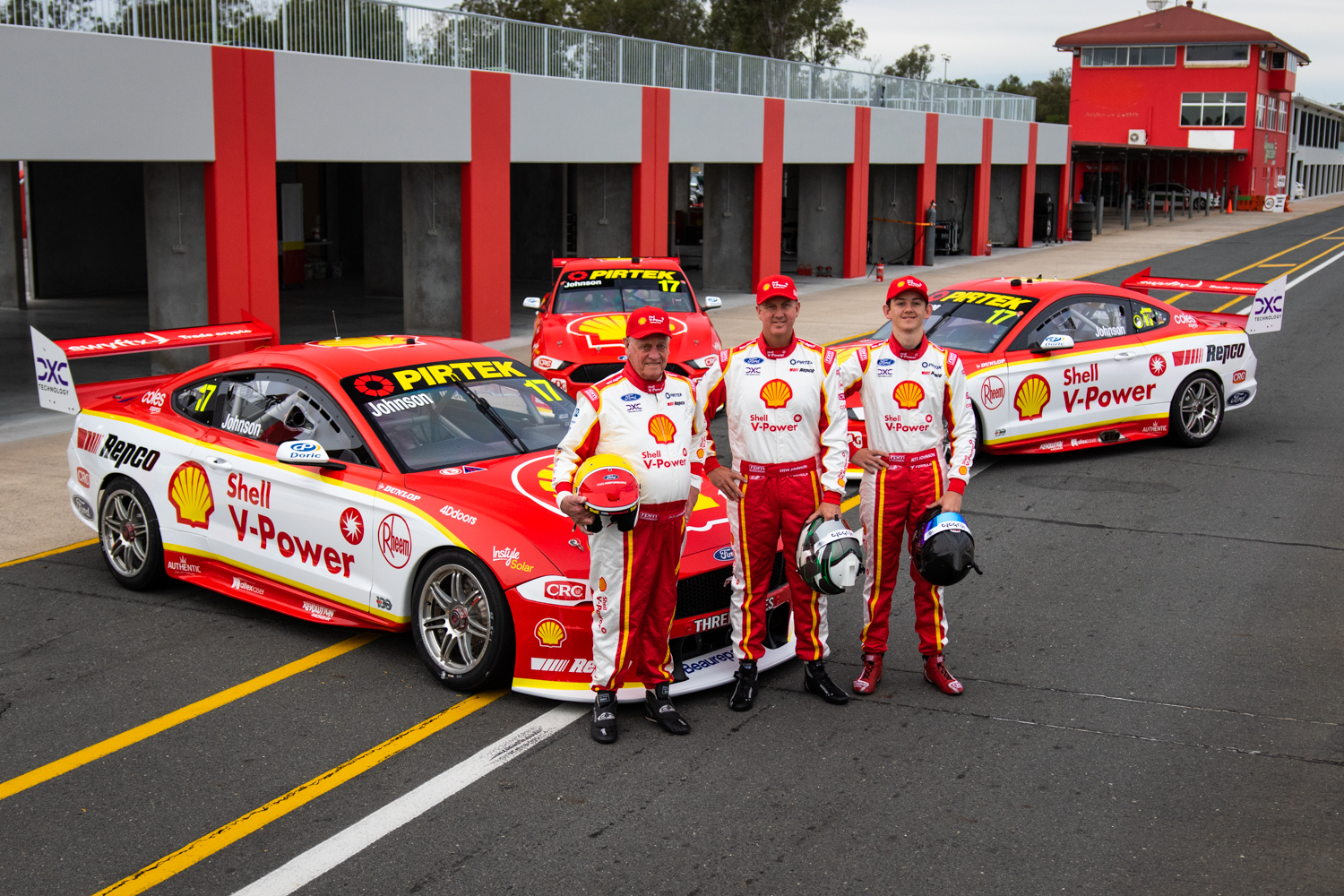 The three generations of Johnson: Dick, Steven and Jett

Dick Johnson has hailed a series of laps at Queensland Raceway alongside son Steven Johnson and grandson Jett Johnson a once in a lifetime opportunity never to be repeated again.

The three generations of Johnson took to the Ipswich circuit this morning, Jett leading Steven out onto the circuit with Dick in tow.

All sporting the iconic #17 that the five-time Australian Touring Car Championship winner made famous in his heyday, the trio were left grinning from ear to ear after a historic handful of laps.

“It’s a once in a lifetime opportunity which was presented by Ryan [Story] here, who has all these great ideas,” said Dick.

For Jett, it was his first Supercars outing ahead of a Shell V-Power Racing Team evaluation day.

With a quiver in his voice, Steven expressed pride in seeing Jett share the moment with Dick.

“Seeing the relationship Jett has got with my dad, I never had that with my granddad,” Steven explained.

“He passed away when I was very, very young. I didn’t get to grow up with a granddad to be able to do that sort of stuff with.

“Jett came along in a very hard time of mum and dad’s life, and I think it was one of the big saviours – he was – just to see that continue now is pretty amazing.

“With dad, being on track, we never thought he was going to get back in a race car again.

“He’s had enough and he’s happy to watch the boys do their thing, but to be able to shoe-horn him back into a current-spec car was pretty special.”

The Shell V-Power Racing Team went all-out for the day, making race suits for the drivers with the #17 and ‘Johnson’ emblazoned on the cars.

The significance of the day wasn’t lost on young Jett.

“I think it was made that much more special that it was all three of us together,” said Jett.

“It was a little bit hard at first to take in because I was looking around and it didn’t quite hit me at first. It was something I’m never forgetting.”