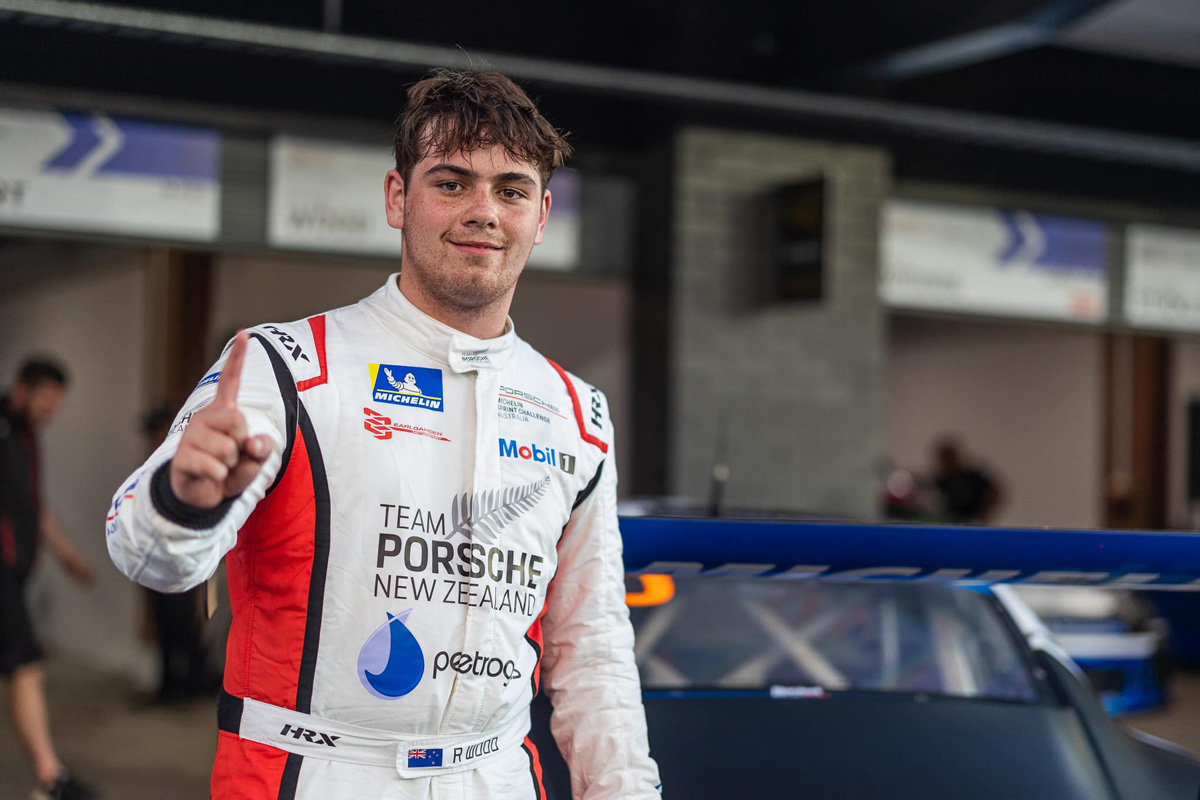 Ryan Wood has proven himself to be the next up-and-comer to watch in the New Zealand Porsche pipeline, enjoying an impressive weekend at Sydney Motorsport Park.

Having finished runner-up in the first two outings, Thomas Sargent got some revenge with the Race 3 win.

That did little to dampen Wood’s spirits.

“Getting the round win this weekend was really exciting achievement for myself and the team, to turn up and to beat Tom Sargent – when everyone knew he would be the title contender – here at Round 1 and I can’t thank the team enough,” he said.

“Putting it on pole was a really positive for the weekend, as was the passing Races 1 and 2 especially to get him on the last lap was great.

“I haven’t raced in 10 months, so to get this result was awesome and again kudos to the Team Porsche New Zealand for backing me and giving me this opportunity and I want to say a massive thanks to Ben Jenkins my engineer and the whole EBM team.”

Another to impress was Courtney Prince, who finished third in all three races.

“Overall a good, positive weekend finishing third outright and to start the season with a big bag of points,” she said.

“We kept improving our times and we were with the front-runners so we are getting closer to where we want to be.

“I want to give a massive shoutout to Mick and the Sonic crew for their hard work, with me as well as the car. I’d also like to thank all my supporters including Local Legends, Bob Jane T-Marts, MSC Signs and Porsche Centre Brighton.

“Phillip Island should be awesome, it’s one of my favourite tracks and we scored a podium there last year at my first event, so I’m pretty keen to get back there.”

Sam Shahin was the Morris Finance Pro-Am round winner, while Tom Taplin topped Class B.