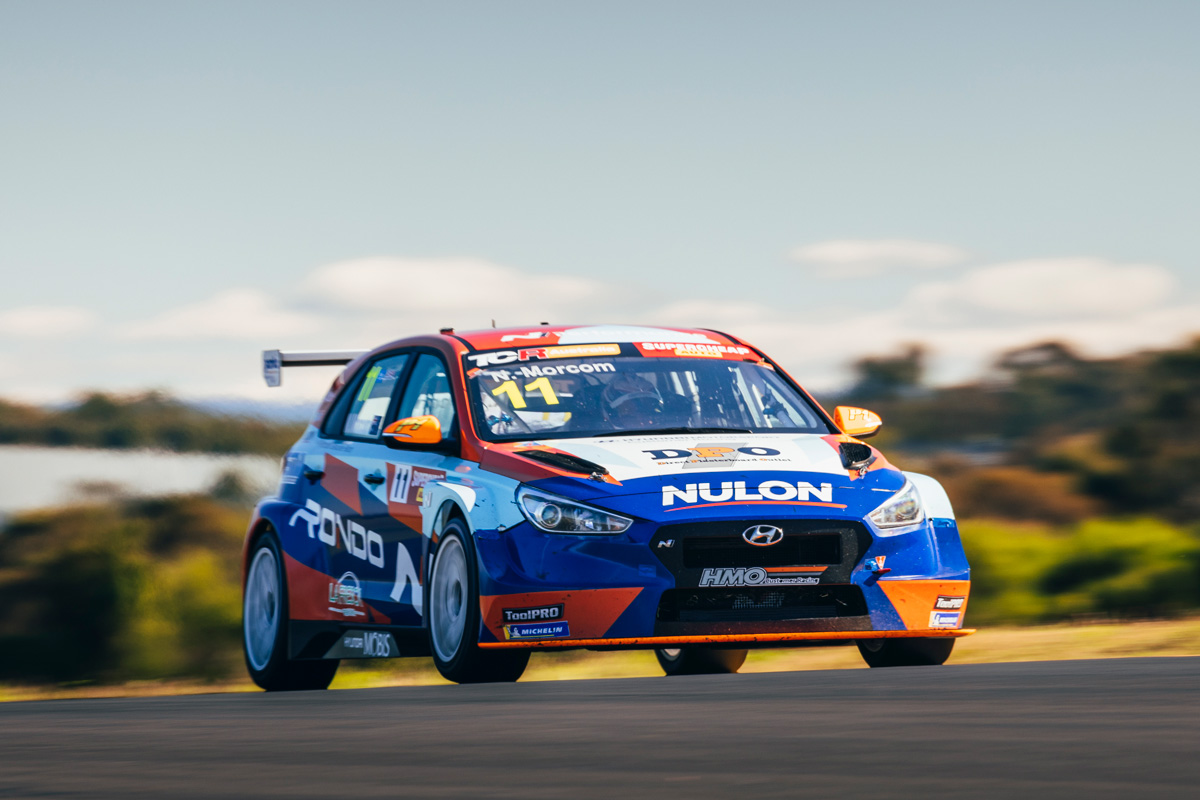 It was Jordan Cox who led the field into the first corner but his time at the front would be shortlived, Morcom making his move at Turn 6 on the opening lap – and Luke King followed him through on Cox.

While there was plenty of rubbing back in the pack, a Hyundai one-two-three was shaping up as Buchan worked his way up to second, ahead of King.

Buchan was all over the back of the sister #11 HMO Customer Racing entry in the closing stages but Morcom would hang tough for his first win since Tailem Bend in 2019.

Cox found a way back past King late to break up the Hyundai trifecta, with Dylan O’Keeffe rounding out the five.

After starting 20th, Will Brown finished sixth – having ceded the position for a time to team-mate Jay Hanson before swapping back.

Michael Clemente, Bailey Sweeny and Ben Bargwanna were eighth through 10th while there were tales of woe for others.

Series leader Tony D’Alberto battled to 16th after first-lap contact with Brad Shiels, while Michael Caruso and James Moffat were others to be caught up in early skirmishes.

Fabian Coulthard finished 15th following a spin at the final corner, and Lachlan Mineeff was demoted to 19th as penalty for contact with Braydan Willmington.

D’Alberto now leads overall by 22 points from O’Keeffe, with Queensland Raceway to host Round 5 in August.