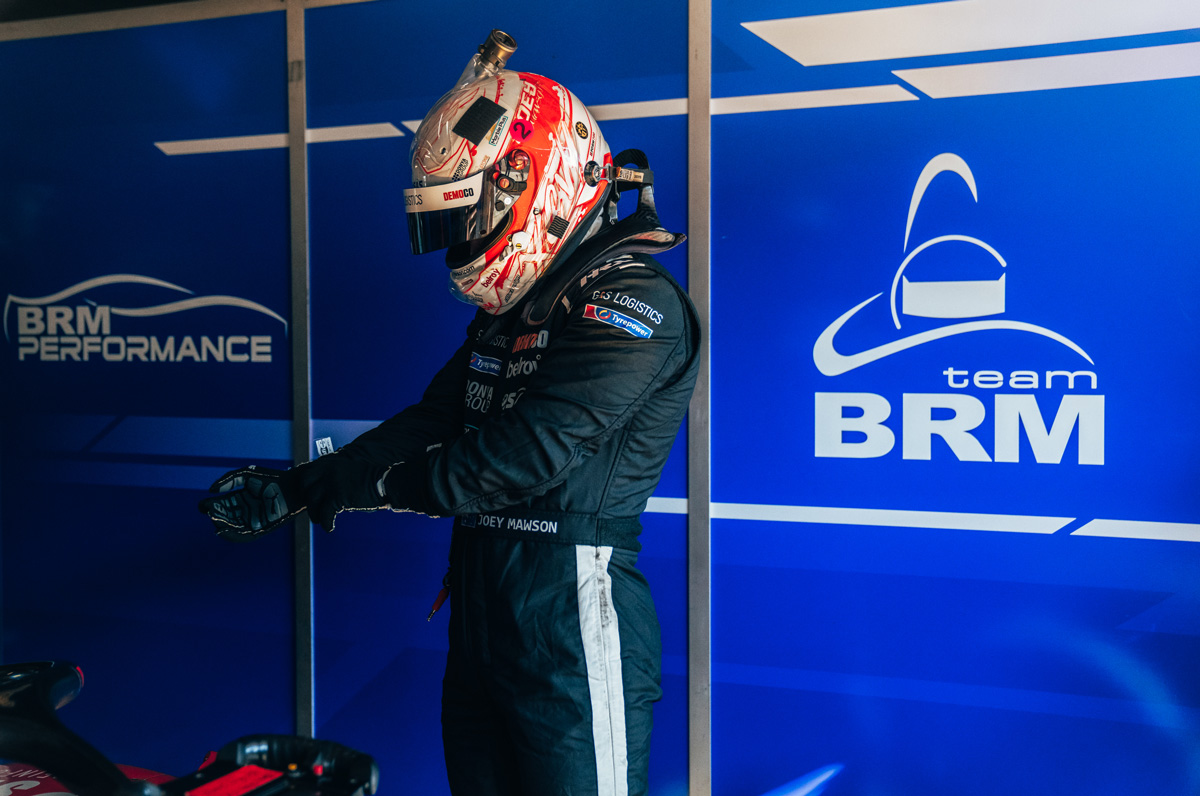 Cooper Webster has won Race 2 of the S5000 Australian Drivers’ Championship while the stars of last night’s opener clashed on the start line.

Race 1 featured a thrilling battle for victory between Joey Mawson and Aaron Cameron, but the duo came together just moments after the lights went out for Race 2.

A fast-starting Mawson swerved aggressively to the inside but collected Cameron in doing so, breaking the right-front corner on the #18.

That left Cameron out of the race before even reaching Turn 1, while Mawson was served with a drive-through penalty.

Cameron cut a bemused figure when interviewed upon returning to the pits.

“I was there, and then he just came across and hit me, so it’s pretty simple I guess,” he said.

“We’ll see what the stewards say and hopefully Joey comes and apologises because it’s damage that we don’t want and can’t afford.

“I got off to the side so that these guys can keep racing and will be back out for Race 3 a bit later.”

“I didn’t hit him [in the Race 1 battle],” Cameron added. “Hopefully he can repay the favour in Race 3 and have no contact.”

Mawson indeed did apologise to his rival post-race before sharing his side of the story.

“I got a ripper start, which kind of put me in trouble. The two GRM cars, basically I got blocked in, I went to go completely to the inside and unfortunately I hit Aaron,” he said.

“I apologised to him, I just feel really bad for ruining his race. The penalty was fair to me. It’s just a shame, I wish it didn’t happen.”

Steering clear of any drama was Cooper Webster, who got the holeshot into the first corner and did not look back.

Webster strengthened his hold on third in the championship with victory, while Tim Macrow lost second to James Golding with a Lap 11 mistake at Turn 6.

Blake Purdie and Shae Davies were fourth and fifth, ahead of Mawson.

Nathan Herne was last of the seven finishers, down a lap after pitting for a damaged front wing.

Mawson’s championship lead over Macrow now stands at 31 points ahead of Race 3 from 14:15 AEST.